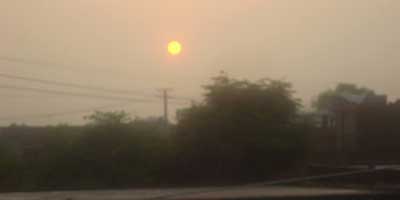 Nisha* was my student, she loved to listen to songs, and she was an active member of our stage shows performing team and she was a confident girl. I was 18 at that time and she was 13.

Her father was a sweeper at union council and her mother used to beg for flour in the village so that they could cook bread to eat at home; her two elder sisters were already married.

And one afternoon when she was alone at home, a man came there and when he saw that she went to a room – he followed her and he raped her. I was the first person whom she told about this, that was first time in my life that I was so shocked that I could not speak for a while; I felt my mind was blocked and I did not find any words to speak. I was a teenage girl so did not know what to do about this, so I told this to my mother; my mother went to the girl and asked about whole thing, then she told it to her parents.

They just cried and cried.

My mother wanted them to go to the police, but they begged to her explaining that no one will marry their daughter if anyone comes to know about this; we wanted that man to be punished, but he was so powerful that no one could give him punishment; all rich and powerful men were on his side and when my mother and Nisha’s mother went to his home with a complaint, he simply denied and said that we where blaming him and that he did not do this.

We brought her to the doctor and she was given some treatment and everybody told each other to be silent on this issue otherwise her life and future will be ruined.

And one year after this horrible incident, she was married to her cousin; she was fourteen at that time. I was in Rawalpindi for a few days with my sister, when I came back and learned about this thing; I quarreled with my mom and said that they were supposed to tell her parents that she was too young and as per the law, she was not supposed to be married yet. They said they were helpless, and that her parents said they were not able to take responsibility because they were labourer people and had to go out to earn something to eat every day.

So during the nine years of her married life she produced five children; now she is 23 years old and yesterday her husband died in an accident, when he was trying to save a man who was drowning in the flood waters.

Now she is all alone, she has two daughters and she has only two options: one she will have to die of hunger by living at home because she has to protect her daughters from being raped or she will go out to do work and her daughters will remain in such danger, and she will remain worried for them.

But what she will do she is not educated nor skilled. And who will protect her?

Because still she is just 23 years old and a good-looking young girl – and it is considered in our society that only man can protect a woman.

What if that man was punished who raped her? What if she was not punished on being raped?

What if this thing was not shameful for her and for her family but for that man who did this to her?

It required a lot of courage to think of her future; she is just a very young girl – she went to school till fourth standard. She could not learn any skill, and she has now responsibility of her five children.

Everybody in the village is in a shock, but then almost everybody wants their daughters to get married as soon as possible – the majority of the girls whom I know in my village are married so early, when they were not ready for this physically or mentally.

They look older than their age, and seem not to care for themselves. They always have deep thinking which can be seen through their eyes.

There is no dream, no hope – only frustration and responsibilities of so many children; as a result, they shout and they make up stories about each other, and they do not know what is the reason of their frustration and anger.