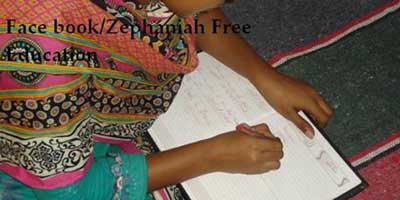 I was 15 years old when I started working in different organisations to meet the expenditures of my free schools.

In 2008, I joined a telecom company as a customer service representative (CSR). There were only two women in that office, but one day another woman reported there as a cashier; she was about 47 years old – a widow, whose husband died right after 10 years of marriage. She had four sons and one daughter. She was a smart woman, very confident, and intelligent; I liked her at first glance.

Soon I came to know that no one liked her in my office, because they knew her from working with her for as a colleague for years.

When I talked to her, I felt she was feeling alone, and due to her self-confidence, it seemed that no one liked her because she said whatever is in her heart and she knows her work. She was intelligent, but she did not know this and used her intelligence in useless things – she was used to engaging in back biting – that’s why no one liked her.

After her husband left her, she did not get married again, for her kids. I admired her sacrifices, so I made her feel that she is a great woman. I observed that she liked to learn new things every day; her qualification was just intermediate at that time. I wanted her to spend her time doing positive things and for this reason I tried to show her positivity instead of avoiding her.

I started encouraging her to get more education; I promised to help, and she started doing her bachelors that she completed in 2010, in 2nd division.

That was the greatest news of her life; she was very thankful to me and I was the first one whom she told about this. I felt it was my success, for at once, I felt a big difference in her personality, but still no one liked her. Actually, most of the colleagues were jealous of her because in my society, a widow means a helpless woman who has to beg from anyone for her needs and who depends on others for everything.

Soon she was transferred from my unit, but still she kept in touch with me. Then, she asked me again what she should do now? She can speak very well, her voice is very loud and clear, and her accent is so good.

So I recommended she do a masters degree in mass communication. She started doing it along with her job. But last year, when she was giving exams of her last semester one day, her only daughter was burnt in her kitchen and died due to this.

Her heart was broken, her pain was unbearable – she had not lost only her daughter, but a friend, too, with whom she could laugh, share her worries, and cry with her. Now all was over; I thought she would not continue.

But she is a very brave lady; even on this loss, she completed her exams. Again, we were in the same office. Recently, she met me and told that she has completed her masters. I appreciated her so much... in fact, I was proud of her courage. She told me that now she is going to do an internship in a radio station and then she will go abroad for higher studies.

I know she can do anything; she could not know her abilities before, but still she can do everything. Once again I feel an urge in her; I feel like she is like a very young girl who has dreams, who has plans for her life, who has goals to achieve.

And this happened only because of her education.

In our last meeting, she told me that she had loved her husband, but he left her and then he died. Then she thought her daughter will take care of her when she will have to live a life after retirement, but she too died.

Now she has a companion, a lover, and a life partner that will never leave her alone even after her death – and that is her education.

I did nothing for her, but just tried to convince her to get an education, and it took nothing from me. Just while walking, while taking a cup of tea, I encouraged her and at the end, a life was in a bright light of happiness from the darkness of hopelessness.

And her decision to increase her education made it happen.

In fact, her life is an example for me to keep going and to keep spreading the light of knowledge among the women of my world. Due to this, their lives can be brightened with hope, with courage, and with the happiness of success.