Child Trafficking and Education in Malawi 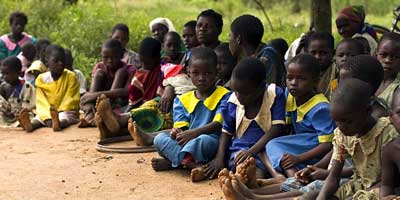 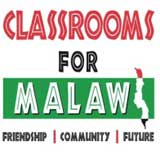 Next summer I am travelling to Malawi with the charity Classrooms for Malawi to work in a small village where we will be building a school and promoting education.  The charity views education as a primary route out of poverty, a sustainable means of ensuring hope and prosperity for the future.  As I learn more about Malawi (I am slowly and painfully teaching myself Chichewa…) I have been thinking about human trafficking in Malawi, particularly the risks children without access to education face.

The US Trafficking in Person Report for 2013 found that children in Malawi are often caught up in labour trafficking where they are forced to herd animals or work in agriculture.  Others are sold into a life of domestic servitude.  The report found that one third of Malawian children are involved in labour activities and states that ‘the majority of cases of child labour outside of the family involve fraudulent recruitment and physical or sexual abuse, conditions indicative of forced labour.’ Similarly, many young girls are forced into lives of prostitution.  This is particularly true of young girls from rural areas who are lured by brothel owners with promises of clothes and accommodation – only later to be charged extortionate fees which they must ‘pay off’.  It is known that young girls are drugged, gang-raped, and forced into the sex trade. Nigerian syndicates are also involved in the sex trafficking of Malawians to countries including the UK.

This analysis of the many forms of trafficking involving children in Malawi is supported by anecdotal evidence from the Guardian in 2012.  In that article a young boy, Walusungu Msondo, tells how he was first approached by foreigner traffickers while he was fishing.  He was told that he could live a profitable life in Tanzania.  Instead, he was secretly taken from his parents and forced to work nine hours a day catching fish. He was held for 10 months with no pay, unable to leave.  He eventually broke free from his traffickers but remains locked in a cycle of poverty.  He told the Guardian, "I can't go back to school because this [fishing] is my bread and butter, though I am aware that my education is a milestone to a very successful life."

Walusungu is right – education is one of the most effective routes out of poverty and into prosperity.  Young people with limited skills are more at risk of being trafficked in their quest to find economic security for their families.  The World Bank has noted that limited economic and educational opportunities are key risk factors in relation to human trafficking and that ‘reinforcing delivery of basic services in areas with high levels of victimization is an indirect but effective way to prevent trafficking.’  Education can therefore be an effective anti-trafficking strategy.

Investing in education reaps huge rewards.  If communities can be engaged and made to see the value in education - if they are provided with the schools and teachers they need - young people are less vulnerable to exploitation.  It is a long term and complex process, and it is not easy.  It involves creating infrastructure and raising awareness of the importance of education - engaging with the community, parents and young people alike.  However, I believe that promoting and facilitating education will help combat human trafficking. It offers children the chance to fulfil their potential and to be more economically successful adults.  Through engaging communities about the benefits of education and providing education directly to the poorest I believe that children such as Walusungu can have the ‘successful life’ they dream of and deserve.