Stopping the Vortex of Violence in Pakistan 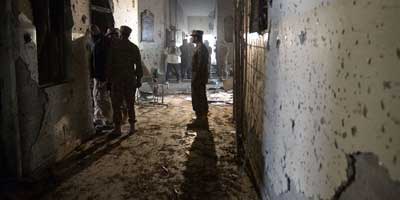 “Pakistan has become a place, where dreams of butchery of all madmen and psychopaths, can come true,” says Zeno. “Yes, life goes on and the memories fade. I guess that is why people can go on and still hope,” Shagufta Jabeen, my Bangladeshi friend, who was 10 years old in 1971, wrote to me when I told her that while we were grief-stricken, many of us also remembered 16 December 1971.

Of course, the two December 16s, 43 years apart, cannot be compared. The scale of brutality then and now is totally different though the intensity probably matches. There have been many suicide attacks in Pakistan, resulting in the killing of children. However, in this attack conducted on December 16 in Peshawar, Pakistan schoolchildren were the targets. What was horrifying was also the impunity with which Tehrik-i-Taliban Pakistan (TTP) continued to kill in real time as we sat and heard news with the number of dead children constantly rising. The brutality was directly proportionate with our helplessness.

While studying the violence of 1947 when Pakistan seceded from the British Indian Empire, respondents in interview after interview repeatedly said, “we had gone mad.” Ashis Nandy, an Indian political psychologist and social theorist, underscored the fact that there was no "temporary insanity"—that the killings were not carried by madmen or insane people. They were sane and rational individuals. Our history is full of violence, whether it was the two partitions of 1947 (partition of Pakistan from British India) and 1971(partition of Bangladesh from Pakistan) or the struggle against colonialism or even before that, the different dynasties and empires as they expanded. More recently, the jihad next door followed by 9/11 and the subsequent bombing of Afghanistan has destabilized the region and has resulted in the killing of thousands.

Closer to home in Pakistan, hundreds of suicide and drone attacks, multiple military operations, bombing of mosques, police stations, schools, funerals, wedding celebrations have become the norm. The question is: What makes it okay for people to kill, torture and injure others? It is not only retaliation for something that the person who is being targeted has done wrong. Dreams of conquest, freedom, justice and nationalism have produced similar results. And, invariably all violence is justified under one rationale or another.

In this flood of violence and its justifications, where do we go? Is Pakistan doomed due to its geography? Or, are we doomed because religion, the basis of Pakistan’s creation and justification, has long been used as a tool by religious fanatics to subjugate dissent. Is Pakistan doomed due to the dominance of its military? How can we ever hope to change this state of affairs? Is having a deeply inclusive state possible?

History demonstrates that many countries have taken decisions that have curbed if not ended their lust for war. Japan after the Second World War formally revoked any right to attack and pledged peace. Germany reunited and all countries that were at war in previous century with long-term differences and cultural animosities are now part of the European Union. The old enmities are irrelevant now.

Closer to home, while the partition of India resulted in millions dead, raped, displaced, homeless, there is also plenty of evidence which shows that many people saved the lives by giving shelter to the vulnerable in their homes, their churches, mosques, gurdwaras and temples. Beyond the individual level, the Khudai Khidmatgars (servants of God), a political movement led by Khan Abdul Ghaffar Khan in what is now Khyber Pakhtunkhwa, denounced the use of violence even before Pakistan was created. Its members renounced the use of weapons; they organized camps, set up schools, fed the poor, provided security for their communities, and settled local disputes peacefully through jirgas.

They protested British imperialism by blocking roads and facing the might of the government’s ire when British troops massacred them. They remained non-communal until the end for which they were accused of being traitors after the Muslim League took control of the province by dismissing the government of Dr. Khan Sahib, older brother of Khan Abdul Ghaffar Khan. The Khudai Khidmatgars prevented killings on trains and on the streets by guarding thousands of Hindus and Sikhs who were migrating to India at that time. Khyber Pakhtunkhwa did not witness the kind of horrors that were carried out in the two Punjabs, largely because of the presence of a strong political movement for peace and non-violence.

To say that this was an aberration in Pukhtun history is to deny agency to the Pukhtuns who are stereotyped as bloodthirsty barbarians. It is these stereotypes that help justify the violence of the Taliban in the popular imagination in Pakistan. The reality of the situation is that those who profess peace politically are systematically wiped out. For example, members of Amn jirgas (peace jirgas)/committees in Swat and other parts of Khyber Pakhtunkhwa have been targeted and killed for their anti-Taliban views in recent years. There is little acknowledgement that these Pukhtuns are fighting for peace, and they need support from the rest of the country.

The context today is different from that of the Khudai Khidmatgars; today there is neither consensus on who the enemy is, nor is the world what it was like then, especially technologically. If we want no repeats of the kind of violence witnessed two week ago in Peshawar on schoolchildren, we would have to come out and give vigor to political movements that promote peace and justice. This means that the system that produces and naturalizes violence will have to be tackled and disbanded, not just the handful of people that are its instruments. It also means that we need to open up our country to democratic movements and shore up those that already exist in fragmented ways and in different parts of Pakistan. It is equally important that we stop having different governance arrangements and different yardsticks for different parts of Pakistan.

S. Gul Khattak is a political and social analyst based in Pakistan.