To Be Divorced — and Disgraced — in Afghanistan 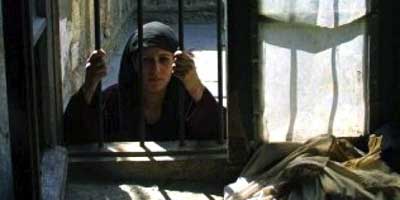 In Afghan society, marriages are supposed to last for life. The divorce rate is low, but when a marriage does fail, it is always the woman’s fault. Statements such as “She should have compromised” or “She should have listened to her husband” are common, and it is never the other way around. While a divorced man can easily find another wife and move on, a divorced woman’s chances of finding another husband are paper-slim. Divorce is seen as a disgrace, and a divorcée is often seen as a bad influence because she failed to protect her marriage — even if she ended it because of extreme abuse.

It is not just the odds of remarriage that favor the men: Custody of the children is usually given to the father. In the rare cases that custody is given to the mother, she lives in constant fear that her children will be taken away from her any time — and if she decides to remarry, she will have to give her children back to her ex-husband’s family, and Afghan men will not raise another man’s progeny. One Afghan woman, Nafeesa, stayed with her drug-addict husband despite the fact that she was forced to work outside the home to support her family, and he would beat her if she didn’t give him her earnings for drugs. Asked why she didn’t get divorced, she said there was little reason to, as it seemed like she lived with a corpse for most of the time. Moreover, she said, “What if my husband takes my children away from me? I can’t live without my children.”

Even if a divorcée is lucky enough to keep her children, the challenges of raising children alone faced by single women anywhere are heightened in Afghanistan. The children of divorcées are often bullied in schools, and the daughters of divorced mothers cannot easily find a husband because many families think that if her mother couldn’t protect her marriage, her daughter probably can’t, either.

Even if she has no children, it is nonetheless difficult for a divorced woman to get remarried, simply because most Afghan men dislike marrying a woman who has been married before, no matter how young, beautiful, or how good a person she is. Afghan mothers don’t like their sons marrying divorcées, either. Usually the only new husband a young divorcée can find is an older, divorced, or widowed man, and these matches are often encouraged by the girl’s family because it is one of her few options. This bad cultural practice is another reason why many Afghan women quietly accept abuse.

Divorced women in Afghanistan confront numerous other challenges beyond finding a life partner — financial difficulties, insecurity, and social stigma. It is unsafe for Afghan women to live, without a male relative. Because majority of women in Afghanistan are not educated and cannot work outside their homes to provide for themselves, divorce becomes out of question. Their only option besides staying with their husband is to go back to their parents’ house, whether they are welcomed there or not.  Often times, their families are poor and an extra person is an economic burden. If the divorcée brings her children with her, paying for their food, clothes, and medication can be very difficult for poor families. It’s another reason Afghan women stay in their husbands’ houses, no matter how bad the conditions there.

In addition, Afghans view divorced women with disapproval. Divorce not only destroys a woman’s reputation, it also brings shame to her family and her entire tribe. That’s why women are encouraged by her family members to quietly and dutifully accept their fate. Women who compromise when they are in abusive relationships are often praised by other female relatives. Because they don’t speak up or demand their rights, they are viewed as loyal and strong women.

Also, divorced women are thought to bring bad luck, and are looked down up by not only people in their community, but also by their own family. For example, during the pre-wedding henna ceremony, when the groom’s family puts henna on the bride’s hands, divorced women are strongly discouraged from touching the bride’s hand lest her “bad luck” transfer to the girl. The stigma keeps divorced women from participating in the cultural ceremonies surrounding their relatives’ marriages.

Married women are also encouraged to stay away from talaqi, or divorced women because it is believed that she might be a bad influence, even if the failure of the marriage wasn’t her fault. The belief that she could misguide married women into divorcing their own husbands is so strong that sometimes even her own friends and relatives sever their ties with her. To many Afghan women, the stigma of divorce seems worse than living unhappily in an abusive relationship.

Since Afghan women do not get the emotional support they need after a divorce, they lose their self-esteem and seclude themselves from the community that reminds them every day how unlucky and unfortunate they are. Often divorced women go through severe depression, with little psychological or medical support.

In short, no matter how much a woman is abused in her husband’s house, if she asks for divorce or if he divorces her, she is the guilty party. While a divorced man can soon remarry and move on with his life, a divorced woman in Afghanistan has to confront mountainous challenges.