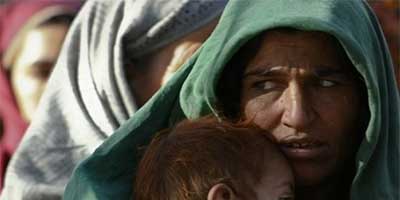 Decades of war and conflicts have left most of those Afghans, who physically survived these conflicts, in a psychologically traumatized state.

Many efforts have been made and invested into providing and building up a professional network of medical care and treatment in the last 10 years.

With the help of the international community, programs have been designed to invite young Afghan medical doctors into European countries and the US and train them in all respective fields.

Having prioritized medical care in the rebuilding process in post 2001 Afghanistan, it is surprising how little attention has been paid to implement projects offering psychological therapy, counseling and treatment, especially to the most common post-traumatic stress disorder.

“Post-Traumatic Stress Disorder (PTSD) is an anxiety disorder that may develop after exposure to a terrifying event or ordeal in which severe physical harm occurred or was threatened. Traumatic events that may trigger PTSD include violent personal assaults, natural or unnatural disasters, accidents, or military combat.”

1. Psychology Today states that forced migration due to conflicts can trigger PTSD as well, which must be crucial in the case of Afghanistan adding “more than 5.7 million refugees [who] have voluntarily repatriated to Afghanistan in the last 10 years.”

2 As far as the data and statistics are concerned, in Afghanistan generally, there is no documentation or record kept of these. According to the German magazine Der Spiegel, in a report on rising suicide attempts in Mazar-e-Sharif, no official statistics are kept in Afghanistan’s Hospitals when people tried to commit suicide, for example.

3 “Nevertheless, Afghanistan is believed to be one of the few countries in the world that has more women taking their lives than men. A recent study concluded that five out of every 100,000 women are committing suicide each year. But the real number is likely to be much higher, especially in rural areas far away from the big cities.”

4 One of the main reasons for unknown number of Afghans living with PTSD is that victims generally hardly talk about traumatic events because, usually in Afghanistan, psychological problems are considered to be mental illness without cure and people referred to as being ‘mentally disabled’.

Most patients in Afghanistan who are victims of domestic violence, sexual abuse will hardly speak about their trauma or experiences because they are ashamed and it’s widely considered a taboo to expose internal family affairs to others. This leaves many women torn between their social responsibility towards their families and their own trauma to remain silent and accept further suffering.

Since many Afghan women choose to remain quiet about their psychological distress, they are not able to acquire the much needed help and, on the other hand, there is not much done for the people living with PTSD in Afghanistan. Out of the hundreds of NGO’s operating in Kabul alone, only one foreign NGO called Medica Mondiale5 offers psychological counseling which is equal to nothing keeping in mind the entire population of the war ravaged country for more than three decades.

On a request for a statement for this research, it was confirmed by Dr. Bashir Sarwari at the Ministry of Public Health in Kabul affirming that Medica Mondiale is the only NGO offering psychological counseling in Afghanistan’s three provinces. Medica Mondiale is a foreign NGO working in Afghanistan since 2002 and operating in Kabul, Herat and Mazar-i-Sharif. The organization provides psychosocial, medical and legal support.

“In 2011, the Afghan workers took over full control of the work. An independent Afghan NGO was founded in Kabul: Medica Afghanistan - Women Support Organisation. medica mondiale continues to work very closely with Medica Afghanistan, providing both advice and funding.”

According to the organization itself: “A total of some 2,300 women have received psychosocial advice in group and one-to-one sessions since the project started in 2004.”

Afghan psychologists in Medica Afghanistan hold one-to-one and group counseling sessions. Among their patients are also female prisoners from jails in Kabul and Heart and prisoners from the juvenile detention centers.
It is important to remark that this organization offers their help only to females neglecting the fact that men too are victims of war.

Men who have more likely seen more violent and warlike conflicts outside their homes need it as much as the women do. The higher number of cases of domestic violence is connected to the point that many of these men, without neither justifying nor excusing their acts, are victims themselves. Suffering from depressions and aggressions without any medical and psychological treatment disables them to solve issues with their families and particularly wives in an appropriate way as they themselves aren’t able to control their actions while suffering from most probably stress or PTSD.

The demand for psychological treatment was and after a decade still is as high as it should have been and as can be expected after decades of wars. Programs and initiatives from other post-war societies could have been adapted and implemented. Particularly Bosnia, as a Muslim country could have served as a model to look at.

After the Bosnian war had ended in 1995 and programs to help the victims of war especially the large numbers of women that had been raped, were ongoing by the time of the US led intervention in Afghanistan. The same international organizations that implemented these programs could have implemented their similar projects in Afghanistan.

In order to cover the need for medical staff specialized in this field, the Ministry of Public Health should offer expatriates to complete some part of their practical training in Afghanistan ensuring this will be recognized by their training institutions and clinics abroad. This can benefit all sides as expatriates will have the possibility to return for a certain time to find out whether they can and want to relocate to their native country and the Afghan public hospitals would benefit from well educated and trained young staff saving their budgets.

Most of the social issues in today’s Afghan society are connected to the traumatized state of its people. As long as there is no medical help, violence, abuse and depressions will be common. The treatment of psychological diseases takes quite some time but the sooner it is been tackled, the more victims can be, at least, prevented from further suffering.

Psychological diseases have such a huge impact on a person’s life that it can hinder them to lead a normal life.

Therefore, at least now after a decade, immediate action is needed to provide intensive training to young Afghan local doctors and therapists and to develop concepts and programs to provide counseling service within the local cultural context. In doing so, the main question and challenge should be how psychological counseling and its medical treatment can be provided throughout the country and particularly to women in rural Afghanistan and isolated villages.

If research and practical service of counseling is combined, data can be gathered which can not only serve for documentation but also for further research and education purposes. Based on that, the first implemented programs can be evaluated for improvement to ensure that these programs are customized to the specific Afghan needs.