NIGERIA: What Women Are Worth 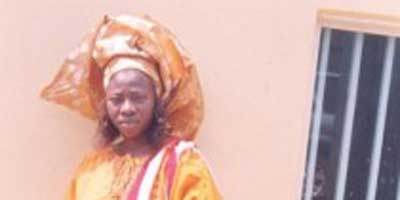 Women are not being heard and our opinions are not being recognized or respected. Women worldwide pass through different experiences and we know the best way to solve our problems. Read our letters. This is a matter of urgency. We need our collective wisdom.

With a painful heart I reiterate what you have read or seen—in our countries, a woman is a second-class citizen. If a girl survives female infanticide in India, she may not survive in Thailand where this is an acceptable practice. In case she manages to reach the age of ten, she may then be sold into the sex industry. A girl that survives this ordeal in Thailand or India may not survive in Pakistan or Nepal. I have heard of girls kept in brothels with snakes until they are overcome with terror and succumb to the strength of their captors.

Ma, can you imagine the betrayal of a girl watching her parents sell her into slavery? Can you imagine a child who has been told that this new uncle is going to register her in a new school in Mumbai—can you imagine her waving goodbye to her mother and later waking up in a hotel? This is the highest form of betrayal, and law enforcement agents are often aware and are a part of this act. It happens in Africa too—no girl child is safe from sexual assault. Even in the developed world, women are not spared from sexual assault and slaps from their husbands.

The girls who survive early marriages in northern Nigeria do not survive vesicovaginal fistula, a devastating but curable condition often caused during childbirth. This is a painful condition, but the physical pain is incomparable to the pain of rejection by her family and by her husband, who is old enough to be her grandfather.

Female genital mutilation is painful too. I know because I have experienced it. But this can’t be compared to the pain of accusations that I allowed a man to rape me.

Dear Michelle, do you know that without three witnesses, a rape case is closed in northern Nigeria? Did you know that many of our leaders are married to children? One of our senators married a 13-year-old Egyptian girl last year. One Nigerian leader has divorced 17 times, because in Islam a husband who is fed up with his wife can say “I divorce you, I divorce you, I divorce you”—just three times and that is the end of the marriage. A woman can say that as many times as she wants, and she may as well be singing. She cannot get a divorce.

Do you see the way religion is used to perpetuate gender inequality? A woman cannot be equal to a man in our societies. A girl child is like a daughter to her brother—it takes five girls to equal one boy. Have you heard that the heads of cows are more valuable than heads of girls? Inequality affects our psyche and we feel so worthless.

If there is no demand for girls in our countries, there will be no supply. Presently, there are five thousand Nigerian girls who are forcefully sold into slavery in Mali. There are more than that number in Italy and Spain.

The preference for boys has been perpetuated by our leaders as well. I haven’t seen women bribing, maiming, or killing over leadership positions. But in Nigeria’s 2011 party primaries, there was only one woman presidential candidate—Sarah Jibril—and she received only a single vote out of nearly 3000 votes in the primary.

I was barely 4 years old when my father died. My mother was denied access to my father’s property because she could only birth daughters. She was also denied access to her father’s property because a woman has no inheritance rights in Nigeria. My own two daughters and I are similarly unrecognized now. My mother warned me, but it wasn’t until I entered into my marriage that I realized how unrecognized I am. I have been married for ten years and I have never been allowed into family meetings.

My womb can only carry daughters and I would never trade them for any boys. You will not believe how sweet my daughters are. I can speak with them with my eyes and they will understand. I can turn my nose, and they know what it means. I am not alone in this struggle.

Please, you are our voice. Let your voice resonate. Thank you so much for listening to women and for fighting this far.

About the UN Women Campaign

UN Women—a new United Nations agency focused exclusively on women's rights—opened its doors in January. This letter is part of a PulseWire campaign to build on this historic investment in women and to gather the voices of grassroots leaders to advise the new agency as it sets its priorities.