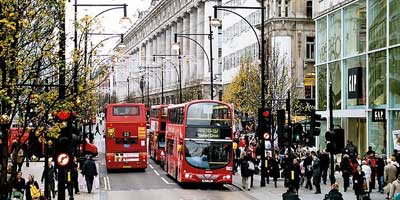 It was only this weekend I was in London and felt a twinge of worry when I was on the underground. We were stepping onto the tube and my pal decided to cut in front of a man to get us girls a seat – nothing to fear, I know. Sadly when the man decided to sit next to us and tell my beautiful best friend 'There's plenty of room for all of us,' I couldn't' help but feel we were going to have to bat off some unwanted awkward attention. This wasn't the case, but as a woman, I felt instantly concerned that this male was going to make our fun journey a little unnerving.

However, having discovered that 15% of women have experienced unwanted sexual behaviour on public transport, I no longer think that my short lived but real feelings were unjust.

Sadly, 90% of the women who have experienced these behaviours haven't reported it to anyone, mainly because they didn't think it was serious enough, which is a real shame. Women should feel reassured that any behaviour that they view as unacceptable or offensive is worth reporting, no matter how 'serious' they believe it is.

'Project Guardian' is a long-term tool which aims to make London's public transport 'free from any kind of unwanted sexual behaviour,' which is nothing but a fantastic idea. The British Transport Police, Transport for London, and The Metropolitan Police are all heavily involved in spreading the word about this helpful and intelligent project - working closely with The Everyday Sexism Project, End Violence against Women Coalition and Hollaback London. Whether it's a commute to work, or a night out with the girls, it's fantastic to see such established organisations actively trying to broaden and encourage confidence in women whilst they go about their lives.

This project aims to raise the public's confidence in reporting unwanted behaviours, no matter how small, to police or members of staff. Project Guardian is really focussing on the reports of those offences that are often left unmentioned such as such as sexual touching, exposure, outraging public decency, lewd comments, leering and harassment.

The Project has enlisted around 2,000 police officers and Police Community Support Officers (PCSOs) who are dedicated to patrolling London's transport network, and not only that; they've been trained especially to deal with the unwanted sexual behaviours that occur in the city.

There's also a text service that is connected directly to London's Transport Police, so if a women, or man for that matter experiences any kind of crime a message can be sent to 61016, which will alert the police in an efficient but helpfully discreet manner.

I hope that Project Guardian will help women feel more secure when they make a journey to wherever their life is taking them. Travelling should be a fun, relaxing and fulfilling; it's not a time where women should feel vulnerable.

So next time you jump on a bus or hop on a train in the big city, feel safe in the knowledge that any unwanted attention can be reported. If you feel nervous or uncomfortable, make sure you let someone know so we can keep making this world a safer one for women.

Natalie Palmer studied journalism at Falmouth University.
She has since graduated with a 2:1 and has been freelancing in music journalism. She is very passionate about women's rights and definitely calls herself a 'feminist'.