Beyond the catch phrases: why the memorialisation of mass atrocities matters 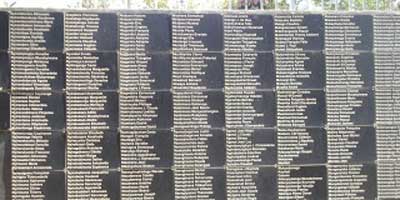 I detest the phrase 'Never again'. I hate how it is wheeled out whenever genocide or mass atrocities are discussed, the implication being that such events will not be allowed to happen again. I don't need to begin listing instances where such a notion has been proved tragically false.

Holocaust Memorial, Berlin Aside from the use of silly catch phrases however, I believe the memorialisation of mass atrocities is extremely important. It is not just about remembrance but also about preventing future atrocities. Societies which have gone through mass atrocities are deeply wounded. With such large scale violence committed, with so many perpetrators, it is impossible to hold all the guilty to account. Inevitably, some justice will be found through truth commissions or international tribunals, but with many perpetrators walking freely amongst victims, memorials serve as an important reminder that the atrocities, nor the dead, have not been forgotten.

I worked on this issue a lot last year, working on the African Union Human Rights Memorial which will (initially) memorialise the Ethiopian Red Terror, the genocide in Rwanda and Apartheid in South Africa. The irony of working on such a memorialisation project with the African Union is not lost on me, given the protection it affords to certain heads of state who are certainly guilty of committing atrocities. It is however a worthy project. 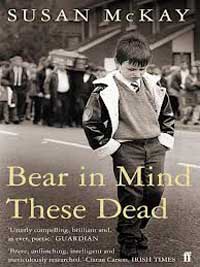 Memorialising the Troubles in print form I'm reading this fantastic book at the moment about the legacy of the Troubles in Northern Ireland, which claimed the lives of 3,500 people. It may seem like a small number but Northern Ireland is a small place; according to McKay, if conflict on a comparable scale occurred in the UK, the dead would number 150,000.

With the much celebrated peace process, Northern Ireland has made incredible process since the late 90s (despite recent flare ups of violence). But it comes at a price. People who had bombed, tortured and killed, on both sides, were set free. In the interests of peace, 'moving on' was now what was needed. Speaking of those who had been killed or disappeared did not fit into this new narrative.

As Primo Levi described, there is much pain in 'the unlistened -to story'.

There is great difficulty in balancing a society's grief with it's need to move on and heal. How do we combine recovery with remembrance?

Sites of conscience are considered to be more than 'just' memorials. Without getting into technical differences, sites of conscience are memorials which seek to tap the power and potential of memorialization for democracy by serving as forums for citizen engagement in human rights and social welfare (www.sitesofconscience.org). They are memorials which engage new generations. Memorials should not be static or undermine their own goals. They should be inclusive, participatory if at all possible and should stimulate and encourage debate. 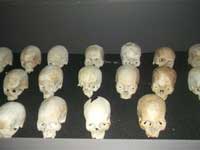 Skulls on display at the Kigali Genocide Memorial. One criticism I often dealt with when speaking about the importance of memorialisation was that it wasn't an important issue; that people needed 'real' help after conflict or atrocities. This is not a hierarchy. Many needs are more immediate than others, the obvious ones been food, shelter, etc. But post-conflict societies will not fully recover without properly addressing their pasts and if they fail to do so, the danger of conflict re-emerging is great. We can see this in cases such as Northern Ireland or indeed Rwanda, which has not adequately dealt with many of the issues arising from the 1994 genocide.

If done incorrectly, memorialisation can be extremely damaging to societies, causing further divisions and exacerbating tensions. It is an extremely delicate process but also a necessary one.