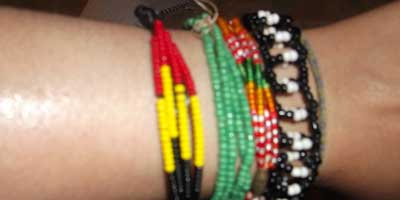 I'm not sure if I've mentioned anything about soap yet...

So you may or may not have noticed that I have gone a bit monomaniacal about soap recently. Trust me - you are glad you are only getting periodic updates from me from the internet otherwise you would be bored to tears about soap on a near permanent basis!

As I mentioned before, attempt one was not exactly what could be called a success. The gunk that I was left with at the end was completely useless and kind of gross to be honest.

However, attempt two - while not a blinding success of simplicity over the over-complicated world forced on us by big businesses, has worked! It is a slightly more complex process involving lye-leeching and re-leechings. What does this mean - I hear you cry! I'm so glad you asked!

I explained in a previous blog about my lye-leeching barrel. But in case you missed it: it is a bucket that Lydia stuck a nail into, to create a hole (I don't think she trusts me to do anything with even the remotest possibility of injury - and in fairness she is probably right!). I then bunged in some stones, a layer of grass, and filled the bucket up with ash and water (after covering the hole obviously).

After sitting around for a few days staring at it, and dipping in the occasional feather to see if the lye was strong enough, I learnt that the ashes I'd used came from soft wood and therefore the lye wasn't likely to get strong enough just sitting there.

So I re-leeched. This means draining off the liquid into fizzy-pop bottles, removing the old ashes, putting new ashes in and returning the weak lye to the bucket and letting it soak. This is a bit of a pain, as it would have been lovely to have good strong lye the first time. But on the upside, I did notice that my hands felt very clean when I washed the old ashes off, even though I didn't use soap.

I took this as a sign that success was imminent!

Unfortunately, I got distracted from my soap by a new project that would be instantly implementable - and as I've mentioned, patience is not my strong suit.

The new project is beads. I think I've said something about Karamoja fashion being all about the beads - beaded necklaces, bracelets, headbands, and waistbands. So after discussion with some members of AWARE Uganda, they selected a group of ten women to work in a sort of mini-co-operative making beads together, as an income-generating scheme. Boom!

However, of course nothing is ever simple in Kaabong.

From disagreements over who should be in the group, to shock that we aren't allowing Kwete [local beer] on the compound during work hours, and a disbelief that I wasn't going to provide food but expected them to do so. This all meant that setting up the group took several slow and painful meetings, where I tried to explain my reasoning and then got bewildered as the conversation was conducted in Nakarimojong to keep me out.

However, finally terms were agreed, and the first work meeting was held on Monday, much to everyone's satisfaction.

I had to leave for Kampala that day, but I am looking forward to seeing the progress made when I get back up to Kaabong next week!