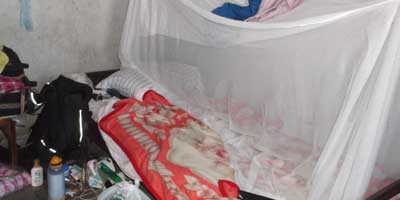 I wasn't completely naive when I planned to come out to Uganda - but I was. I knew that I was coming to a country where corruption was rife, but I completely underestimated its effects. People here tend not to directly ask for bribes - or rather no one has directly approached me for one, but nearly everything you do is "facilitated".

Not the best day

Today in the office, we all ended up having a massive moaning session which was the culmination of a couple of rough days. Yesterday, I ended up vaguely losing it with a women who threw away her daughter's report card and was yelling at all of us because she is asked to contribute a few shillings so that the girl she looks after can get a meal at the end of her classes at the Early Childhood Development Centre (ECDC).

I had already been leered at, at 8 a.m. while brushing my teeth, by a guy taking large amounts of Tusker, a Ugandan beer; been asked for money by random strangers, and had a women refuse to co-operate with anyone in an income-generating scheme for which AWARE was providing the start-up. Oh, and my laptop was refusing to charge that morning. So I wasn't exactly on top form when this women then demanded that I pay for her girl to eat at the ECDC. Fortunately, I was able to make myself walk away before I joined in the yelling.

Then today, poor Timothy was slandered and people threatened to never come back to AWARE because, for 15 minutes, he couldn't find a form that someone had given him for photocopying. I don't know if it is the conditions or what, but in Kaabong tempers seem to flare up very quickly for very little reason - mine included.

Then Martin returned from giving out a proposal we had come up with for doing some sensitisation meetings on Gender Based Violence to local officials.

Vaguely losing my faith in humanity

So, back to corruption. Martin, Timothy, and I sat down to discuss the problems we had been having. This is the point that I lost my faith in humanity.

I started on about my indignation about people wanting bribes and how everyone expects handouts without doing anything and getting angry when you can't give them anything because you don't have anything! I explained that I had never paid a bribe and never would - and my belief that, if more and more people just stopped, then corruption would fade away (yes I am that clueless).

Thus the horror stories began: Martin provided the feedback he'd got from the officials about the sensitisation. Basically everyone thought it was positive. Everyone he'd spoken to thought it was a great idea and that the issue urgently needed addressing... but AWARE would need to "facilitate" things, such as policemen coming along to inform people of their rights - or, in other words, AWARE would need to pay a policeman to do his damn job!

While I ended up banging my head on the table and declaring that I was going back to bed to pretend the day hadn't happened, Martin and Timothy explained that if you get beaten up (or are the victim of any crime) and report your case to the police, you will have to pay them to follow it up.

Martin gave the example of a woman who had been attacked by her husband and co-wife (polygamy is accepted here). This woman went to the police, who told her that if she wanted them to do anything she had better go buy them some airtime (credit for a mobile phone). This cost her 5000 UGX - mostly people buy 500 or 1000 UGX of airtime, at a time. Then she went to the hospital to be checked out by a doctor - this cost her 10,000 UGX (despite it being categorically banned to ask for money to examine a patient). So a total of 15,000 UGX to get help because she had been a victim of a vicious beating.

Seeing as it wasn't possible for me to go back to bed, I decided to vent my anger hammering holes into bottle caps with a stone and nail to make rattles for the children who are always around the compound - and writing this polemic.

Now off to attempt to be a happy, shiny person!