USA: Are legislators so paranoid of women being healthy... and empowered? 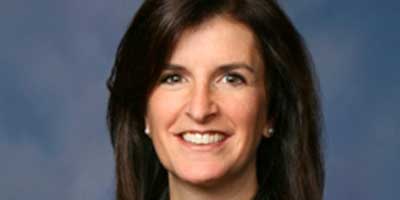 Are legislators so paranoid of women being healthy... and empowered?

Does your body belong to you?

With the recent slew of legislation aimed at reducing or making access to reproductive health care more difficult for women over the last year in the USA, I have really begun to wonder about the mindset of many lawmakers across the nation, who seemingly think they need to legislate women's health.

Even though I do not reside in the states where legislation has been passed to restrict women's access to reproductive health care –  such as forcing women to undergo medically unnecessary and invasive procedures before terminating a pregnancy – which I regard as state-mandated rape, or  cutting a states' family planning services and thus, cutting off countless, mosly low-income women from the vital health care services, I feel that  these restrictive laws are like a personal invasion to me,  a woman.

Me, a human being.  On my person, my body.  It doesn't matter whether or not the laws affect me directly; I am a member of the female half of humanity.

These laws will affect many women across the country.  And as one who passionately advocates for the justice and dignity of every girl and woman on our planet through my work for Safe World, I find this invasion simply offensive to the dignity and privacy  of every woman living in America.

According to the Center for Reproductive Rights, a global reproductive rights organization based in New York:

“...the 2011 legislative session was marked by animus and antagonism to women’s health, and the year quickly became an all-out assault on women’s rights. Even though legislators reject the vast majority of the hundreds of bills proposed each year, 2011 was extraordinarily alarming as more than 60 bills became—for now—laws restricting women’s access to reproductive health care. That is an exceptionally high number.

There is no question that 2011 will be viewed as a pivotal year in which millions of women lost important ground, suffered flagrant violations of their reproductive rights, and saw governments time and again act to harm, rather than improve, their health.”

In the first quarter of 2012 alone, legislators have introduced 944 provisions related to reproductive health and rights in 45 of the 46 legislatures that have convened this year. (Legislatures in Montana, Nevada, North Dakota and Texas do not meet in 2012.) Fully half of these provisions would restrict abortion, according the Guttmacher Institute. They add that aside from abortion, legislators in several states—mirroring the debate at the national level—are considering allowing employers to refuse to provide insurance coverage of contraception.

Denial of coverage is based on a conscience clause, defined as: a clause in a law that relieves persons whose conscientious or religious scruples forbid compliance.

To my mind, that translates to allowing people to overstep the law, if they do not agree with it, because of their personal convictions. A case of employers or medical professionals denying women access to contraception or a legal and medical procedure called abortion, because the whole idea of contraception or abortion is abhorrent to their consciences or against their religious beliefs.

That is their perogative to think whatever they may on certain issues, but why should personal beliefs intrude on the health and well-being of more than half of the population of America?

Legislators: Women are in a Minority

What kind of future do these lawmakers want for women? For girls? Lawmakers who are often influenced by powerful forces in the political world, such as the  U.S. Conference of Catholic Bishops (USCCB) and other conservative religious groups –  what's their real motive?

They worry and complain about their religious liberties and protection for their conscience when comes to “Obamacare” and various state laws when it comes to covering contraception coverage, but I wonder if they actually talk to poor and low-income women who would like to stay healthy and have some measure of control over their family planning?

Lawmakers are supposed to represent and advocate for the best interests of the people; how is denying access to healthcare to thousands of women being a responsible, elected official?

Does the fact that, in 2012, women are only 23.6 percent of all state legislators nationwide, and make up less than 17% of the 535 seats in the 112th US Congress, have any bearing on these laws restricing access to reproductive health care?

Think Progress reports that even before Texas decided to ban Planned Parenthood from the Women’s Health Program, women’s clinics around the state were already being forced to greatly reduce services or shut their doors entirely.

Where will they go? Probably nowhere, as it seems likely these women will have to hope that they don't get sick, since their only reliable health center has either cut services or closed.

The mind-boggling number of restrictive women's reproductive health care laws passed and proposed is deeply disturbing to me. This trend tells me that a great number of people do not recognize nor respect women as fully-functioning human beings with a mind of our own, and...

that our bodies are our own.

Not theirs to legislate over. By their actions, they are saying to me that THEIR personal convictions or religious beliefs over certain issues are more important than the health of America's women as a whole.

I think that is abhorrent.

Not only do these lawmakers take liberties at  playing doctor in state legislatures and Congress, they appear to be greatly offended when women and men DO speak up to defend the dignity and rights of all women. They seek to silence those who are not afraid to mention medically accurate terms of a woman's anatomy when speaking about women's health in a state legislative session.

In March 2011, during a debate in the Florida House of Representatives about the coordinated attack on privacy and women’s health, Representative Scott Randolph said “If my wife’s uterus was incorporated,” the legislature “would be talking about deregulating.”  He said the words came from his wife.

The House leadership expressed their displeasure by  formally chastising Rep. Randolph for using the word “uterus.” His spokesman said that “uterus” was “language that would be considered inappropriate for children and other guests.”

How can one talk seriously about women's health without using any term related to reproductive care?

Are legislators so uncomfortable with women that they have to threaten someone's freedom of speech when anatomy is mentioned? Just recently, Michigan House Leadership banned state Representative Lisa Brown and her colleague, Rep. Barb Byrum, from speaking on the House floor.  Both women were speaking against a measure that would limit access to women's health care; Rep. Brown used the word vagina.

Their silent treatment was noticed by many in the media.

As Rep. Brown says, “Thousands of women, not only in Michigan but across the country and even around the globe, saw exactly what was going on.  What they saw was a male-dominated legislative body going to great lengths to silence two women who dared speak in opposition to a measure that would limit access to our health care. They saw it, and they didn't like it.”

What is it with shaming women – and the men who support them, who speak up to protect their bodily autonomy, their dignity, and their demand to be respected as human beings?

Are legislators so paranoid of women being healthy...and empowered?

What real threat do women pose to them, aside from disturbing their individual conciences?

What about my personal conviction that I don't believe any governmental or religious entity should ever trump public health policy?

Women's healthcare and their lives are at stake.  Who is the government – or religious entity influencing policymakers, to tell American women that their health insurance won't cover contraception or a legal, medical abortion because it offends their conscience or is against their religious beliefs? They say these laws are to “protect women” or “ensure they are informed”.  Rape, incest, endangered mother's health, or fatal fetal anomaly be damned.

Do these lawmakers really think women are so incapable of making decisions about their own bodies, their own health, on their own? If they do, then they surely do not have a high regard for half of humanity, if they ever did.

Resolution Gives Hope - But Does it Have Teeth?

Thankfully, not everyone in positions of power throw women under the bus. A resolution passed this month by the U.S. Conference of Mayors sends a strong message that there is widespread support for reproductive rights among city leaders throughout the country.  Their resolution reads in part:

“WHEREAS, reproductive-health care and the overwhelming majority of services provided by Planned Parenthood health centers is basic health care for women, including cancer screenings and breast exams….and WHEREAS, if these services disappear, more women are likely to contract diseases that will imperil their lives and lead to highly expensive Medicaid and Medicare bills borne by taxpayers; …. BE IT FURTHER RESOLVED, that the U.S. Conference of Mayors urges Congress and the states to pursue a positive agenda that reaffirms fundamental rights and improves women’s access to safe and comprehensive reproductive-health care.”

As a resolution, it doesn't have teeth to affect existing state or federal laws that restrict access to reproductive health care, but it certainly gives hope to women such as myself who have more than a shred of self-respect.

To all those who elected representatives like Michigan State Rep. Lisa Brown and Rep. Scott Randolph in Florida who boldly stand in opposition to laws that would be a detriment to women's health in any way: thanks and kudos to you for exercising your freedom of speech.

It is a good reminder to me that there are those who will continue to abuse their positions of authority by underminining the health of American women though laws restricting access to a full range of reproductive care services, forcing women to undergo costly and medically unnnecessary procedures, and trimming budgets by putting medical centers geared toward reproductive care and family planning...on the chopping block.

Your actions are also an inspiration to me to exercise my freedom of speech as well; women's health –  my health, is too important to ignore. And I'll be darned if I let anyone try to shame me into thinking otherwise.