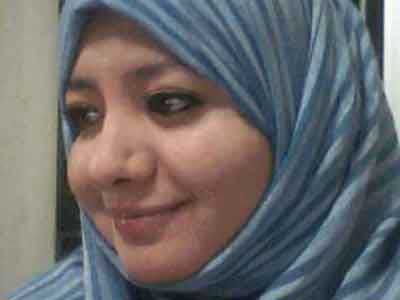 I write a lot –  of course, I never share.... however, I really want to share my thoughts about the violence against women.

I was beaten in my life six times, and felt the barrel of a gun on my head four times, harassed in the street four times, spat at my face three times... verbally abused – uff, I can't even remember how many times, and this happened in 'developed' countries as well as developing countries.

And all I can say is none of them stopped –  even when I was pregnant.

When people read and say that can't happen –  only to uneducated people, to lowest social levels...well, I can say I was privileged almost always.

When I was younger I heard that this violence was the result from behavior, clothes, or family, but always blaming the woman.

I never heard anyone saying the young boy or man's behavior was at fault.

The first time I was harassed on the sreet  I was 13.

I never wore mini- skirts, or even skirts; my clothes always were long and large enough to cover everything.

The Beginning of the Worst Treatment

When I became a Muslim, I thought my problems of harassment finally were done.

But I was absolutely wrong; it was just the beginning of the worst treatment.

But this time the violence was not because I was a woman..... but for being a Muslim.

It IS Our Problem

I have read many articles, essays, poems, opinions, everything about this.

Campaigns, awareness...but it seems that never is enough. Each day the statistics rise. Nowadays the people think: "It's not my business", "It's not my problem".

BUT IT IS OUR PROBLEM

I always read bloggers, feminists, journalists, founders, and of course human rights, UN, and an entire pile of names of NGO's about the "shocking", "awful", "terrible", "indignant" acts of violence; the reality it is, we DON'T DO ENOUGH.

As long as we pretend that can't happen to us and keep seeing it as something that occurs just in "remote places", we keep ourselves far enough from reality.

We are a society, where we share with each other as individuals, where the right of the neighbor ends where mine starts. And that our behavior is the example for our children.  We shape their minds and characters; it's a vicious circle.

I always said if the father/mother doesn't have a job, then there no income; if this happens, the frustration comes out  – and sometimes this anger comes out as violence against our children and loved ones.

Tomorrow those children will act the same or in a worst way than the parents.

It's a must the education to our all children in all the social levels. We need to invest time, money, and efforts –  but also love, for this be possible. We can't allow this to keep going or we will have as a result a worse world.

See? It's not about clothes, social level, or country; it's about women being abused in all the known ways, and the other half that pretends nothing happens and it's OK.

We Have a Voice

I have news: we women have a voice. We are human beings and we deserve respect as any other people.

It's time to stand and stop the ignorance.

Violence must not be accepted.

And any international organisations must keep acting shoulder with shoulder with us women around the globe to make a better place for our future generations.