Challenging Racism and Discrimination in Canada 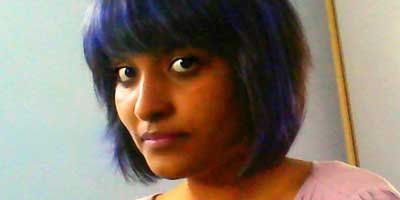 On Monday 15th September, 2014 Ayesha Asghar finally breathed a sigh of relief. For over one year Ayesha had been engaged in a struggle to achieve basic accountability for the racist, and humiliating actions of a bouncer at a popular club in downtown Peterborough, an hour outside Toronto. If you didn’t know, Canada became the first country to adopt an official policy of “multiculturalism” in 1971 and by doing so, “...affirmed the value and dignity of all Canadian citizens regardless of their racial or ethnic origins, their language, or their religious affiliation.” According to the Canadian Government’s website, that is.

This is a completely ludicrous claim to be made by a settler-colonial nation occupying stolen (and mostly unceded) indigenous lands and desperately clinging to a romanticized image of itself which conveniently discludes the fact that Canada engaged in chattel slavery for over 200 years, kidnapping and enslaving African peoples to build power for “The Crown”. Canada’s policy of “multiculturalism” is little more than a PR campaign to code the violent process of “assimilation” non-whites are subjected to and attempting to package a system of institutionalized white supremacy in rainbow colored wrapping paper and bows.

White supremacy is often so deeply entrenched into the psyche’s of white westerners that many regularly default to learned behaviors and thought processes and rely on ridiculous tropes when interacting with non-white people. This results in non-white people being subjected to daily acts of aggression and insult that often go unnoticed by those who do not experience them. Last summer, May 13th of 2013, Ayesha had the audacity to expect that she could enjoy a night out with friends and be respected by the employees of the establishment she sought service in, Club Aria. At the club – which according to it’s website strives to “provide an unparalleled service and experience” – Ayesha found herself to be the only woman of color. It was then that one of the bouncers at the club pulled Ayesha aside and verbally assaulted her with racist and xenophobic stereotypes.

After the man separated her from her friends and escorted her outside for no identified reason whatsoever, he began to berate her saying, "I don’t know if its a cultural thing for you people but East Indian people like yourself....have a cultural odor problem.” In doing so he not only wrongly assumed Ayesha’s identity but projected onto her an offensive stereotype which reveals his belief that he has the authority to police the bodies of people of color with Western hygiene and beauty standards. He then kicked her out of the club and insisted she go home to apply deodorant.

Outraged and deeply offended Ayesha – who is a currently an Advocacy Consultant with Safe World for Women and in the past has been the Anti-Racism Commissioner for Trent Central Students Association and a board member of the Peterborough Community Race Relations Committee – took to social media to relay this incident to friends, colleagues, and supporters.  Many responded with support and exasperation at the lack of accountability from Club Aria.

After giving an interview to Chex.tv in which she described being “stunned, literally numb, shaking, and embarrassed” after the incident, Ayesha received an e-mail response from one of the clubs owners. Instead of taking basic steps towards accountability – for employing a bouncer who would racially stereotypes and degrades women – or making any attempt at an apology, he instead used his own identity as a person of color to insist that no racism had taken place because he said so (even though he was not present at the time of the incident). After insinuating Ayesha was lying about what happened to her, he went on to say that Ayesha had been kicked out of the club because she was “exhibiting signs of intoxication” and in an act of paternalism he decided she was a “risk” to herself and others.

This is similar logic used by men and at large the dominant society that physically endangers women by creating a normalized atmosphere – which is hyper present in the nightclub scene – in which it is permissible to harm women if they are intoxicated. He relied on interconnecting systems of patriarchy and a culture of excusing and condoning violence against women to try to save face for Club Aria. In a blog post, Ayesha, who is Pakistani, explains that she grew up Muslim and preserves the tradition of observance to alcohol and other substances. She has never drank alcohol even once in her life.

Because Ayesha dared to raise her voice and stand up against these clear acts of discrimination based on race and gender, she experienced malicious attacks and harassment by club goers as well as random men who took it upon themselves to assert male dominance in online spaces such as Twitter. Ayesha decided to take this matter to the Human Rights Tribunal of Ontario for denial of services based on ethnicity and race. She was represented by Kate Seller from the Human Rights Legal Support Centre, the only organization in Ontario to provide such services. After a year long process which was emotionally traumatizing and exhausting and in which the owner of Club Aria changed his story multiple times, a settlement was finally reached - the terms of which are confidential.

Ayesha stated, “Standing up to racism, discrimination and harassment is an important part of encouraging people to speak up. Our communities need to know that there are venues where we can challenge systemic discrimination and racism. Our voices will always be heard and there is no power in the world to ignore us.” In a society that still functions on white supremacy and patriarchy and in which the oppressed are forced to bear the burden of proof, it is not easy to come forward and fight these injustices publicly. When those most marginalized in society do, they must be supported.

Kat Yang-stevens is a cisgender queer woman and first generation Asian American of Chinese ancestry. Kat grew up on and currently lives on occupied territories belonging to the Onondaga & Cayuga Nations of the Haudenosaunee Confederacy currently known as New York. A main focus of their work includes addressing intra-movement racism and the barriers that it presents to creating meaningful multiracial alliances.Their work includes critques of the non-profit industrial complex and work to subvert the placating and incapacitating effects that Big Greens have over struggles against extractive industries.