Journalism – A bed of thorns for women 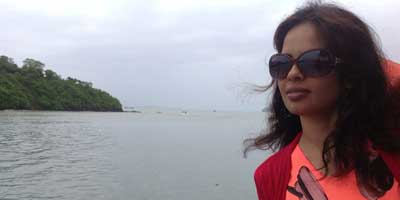 More than two-thirds of women journalists in the world are subject to pressure, threats and bad behavior around the world. This was uncovered during the Global Forum on Media and Gender, a conference jointly recently held in Bangkok. A survey conducted by International News Safety Institute & International Women’s Media Foundation also revealed that more than half (64.48% out of 822 participants) of female journalists have been ill-treated during their careers.

During the conference, the problems faced by the women in the field of journalism were discussed, and the participants tried to find out ways to solve these issues. If we take a look at the scene in Pakistan, it is not at all bright. In fact, there was no official representation of Pakistan in the conference; hence the viewpoint of female journos in the country wasn’t conveyed to the members. The truth is that in Pakistan, many women are associated with the field of journalism which received a boom a decade back due to the arrival of electronic media. Many ladies, who studied journalism, came in the field and managed to make a name for themselves with their will and support of their colleagues. The women of today work 24/7 in Pakistan and are at par with the men in the field due to their ability to match their colleagues.

Be it breaking news from the field or covering an event, they perform their duties to the best of their abilities. Even then, there have been incidents of sexual harassment, cases of pressurizing a female journalist and instances of receiving threats that have hampered the progress of women in the field. Such incidents are not even considered worth mentioning in a country where women are more in number than men! Some social media websites have taken the cases but they haven’t pursued with them as they should and those that have been investigated privately by the employers, have not seen the light of the day. It is due to such treatment that the effected woman either leaves the profession after sometime or continues with her work without uttering a word regarding the ordeal. Those who stay back and continue to work despite getting married are considered a liability by the bosses who believe that they aren’t giving their 100 percent - these women who have responsibility of their homes on their shoulders, who are the lone earner of their families face the ordeal or quit the field for the good.

Such instances are not just limited to the office premises, but even when the journalists are working in the field, they are subject to such treatment. They may be welcomed with open arms when they complete their studies and join the industry but with the passage of time, they are subject to discrimination by their usually male bosses. Unlike other fields, in the media industry, women work in shifts and when their family life suffers because of that, they succumb to the pressure of their in-laws (if married) and family (if unmarried) and quit the field because of their superior’s behavior. That’s why not many women have managed to reach the top positions in the media industry in Pakistan, which remains a male-dominated field. The women in the media industry also don’t have a say in compiling the editorial policy of their organization, neither are their views considered important by the bosses.

Even then, there have been a few instances in which women journalists have carried on despite these hurdles and managed to carve a separate identity for themselves due to their hard work and dedication. Ms. Zubeida Mustafa is one such glowing example who has been in the field for over 30 years and was awarded "Courage in Journalism" for her outstanding services. Ms. Razia Bhatti also received many awards during her career as a journalist par excellence whereas Ms. Sherry Rehman became the first woman journalist from Pakistan to be conferred with the Independent Journalism award by the British House of Lords. When you look at the country’s first female Oscar winner Sharmeen Obaid-Chinoy and the renowned broadcaster Shaista Zaid, you get to know that there are many women in the field who have managed to outlive their male colleague with their sheer will and dedication, and if the female of the current generation try to emulate them, they can achieve brilliance in their line of work as well.

Najia Ashar is a distinguished figure in broadcast journalism in Pakistan. She started her career as a researcher and writer at Pakistan Television, and soon worked up to become a news anchor and one of the faces of television.

She is currently associated with Geo News as a Senior Anchor/ Producer, Pakistan’s most watched private news channel. She also writes for daily Jang newspaper.

In April 2014, Najia Ashar was selected for the 2014-15 John S. Knight Journalism Fellowships.