Women and the Peace Process: Lessons from Northern Ireland 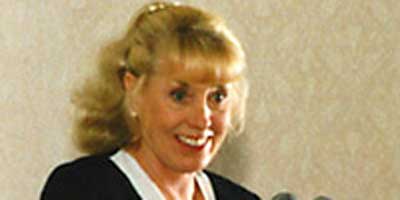 I moved to England, from Northern Ireland, in 2009 to study history and politics at the University of York. There weren't that many Northern Irish/Irish people there so my presence was a novelty for a lot of my fellow students and the local people. Most people would eventually state (after a few minutes of polite conversation) that  "it must have been hard for you growing up", to which I would answer "no" because I was born in 1990 and grew up during the tail end of the Troubles.

The Troubles - and Moving On

What I can do is write about some of the lessons that should be learnt from the Northern Irish Peace Process. The most important being that experiences of conflict are gendered and this can and should shape the way in which a society moves forward after conflict.

If you wish to know more about the conflict in Northern Ireland I suggest you Google it; unfortunately, I do not have the time or the blog space to accommodate the long and confusing history of the pain of my country. However, I will be nice and give you a definition I found on Wikipedia:

"The Troubles: is the common name for the ethno-nationalist and sectarian conflict in Northern Ireland that spilled over at various times into the Republic of Ireland, Scotland, England and mainland Europe. The Troubles began in the late 1960s and is considered by many to have ended with the Belfast "Good Friday" Agreement of 1998. However, sporadic violence has continued since then."

Northern Ireland has been used as a modern day example of how a country can emerge from conflict due to well-executed peace process involving the gradual decommissioning of paramilitary groups and the devolution of government to Stormont, counting the local political parties. My country has a long way to go, but has been widely heralded as a success story; however, there are many lessons to be learnt.

Especially when it comes to involving women in the rebuilding of society and the bringing about of peace.

Women as Victims of Conflict

Women may not actively participate in conflict, but they certainly have to experience it in one way or another.

Northern Irish women had to look after their families and maintain some semblance of normality while their fathers, sons, brothers and husbands fought, died, or were innocent victims of the Troubles. Not only were many helpless bystanders, they were also made examples of if they fraternised with the enemy (be that member of the opposite community or a British soldier).

My father used to tell me about women who would be tarred and feathered while tied to a lamp post in my local town, because of their relationship with the wrong man.

Women as Leaders of the Peace Process

Northern Irish women were the leaders of their country's peace process; they started it before the Troubles ended, and it materialised in the form of women's groups and charities focusing on reconciliation and finding solutions to moving forward. Despite this, women were all but excluded from the the official talks and meetings on the peace process, leaving the "hard work" to the men and the ground work to the women.

There is increasing recognition that a gender-blind approach to conflict resolution will not lead to sustainable peace in any country emerging from conflict or hoping to do so.

Charities and organisations like Belfast Women's Aid have provided grassroots support for women and families for several years. Their work has been vital in helping Northern Ireland heal and move on from 30 years of pain and conflict. If 50% of the population (women) are the main actors in creating peace and a sustainable future, then it makes sense to include them in every level of decision-making and discussion.

How can 50% of the population of NI move on and heal if the peace process does not acknowledge women's efforts and experiences of The Troubles?

When Syria emerges from conflict, which it will, the women must be given a safe space to share their experiences and a recognised platform from which these experiences can influence and help direct their peace-building of their country. The same goes for Somalia, Iraq, and Afghanistan – all of which are still experiencing conflict or are at war.

What can we learn from Northern Ireland?

That women can be the key to long lasting and sustainable peace and that society is the lock and chain.

One final question: Will you help give them a voice or settle in as another link in the chain?

Margaret Ward – article on Gender, Citizenship and the Future of the Northern Ireland Peace Process

Definition of The Troubles