Are African Women's Voices Being Heard? 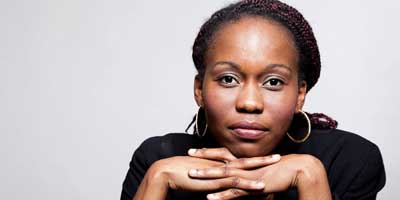 African Women are Raising Their Voices

But, are African women's voices being heard?

The good news is, African women are actually raising their voices. Theo Sowa, Chief Executive Officer of the African Women's Development Fund (AWDF) made a remarkable TEDx presentation on African women's voices and representations. AWDF is a grant-making foundation that supports local, national, and regional women's organisations working towards the empowerment of African women and the promotion and realisation of their rights.

A native of Ghana, Sowa shared with the attentive audience her experiences at an international HIV/AIDS conference held in Toronto, Canada.

Even though everyone was talking about African women and HIV/AIDS during the conference, the organizers failed to invite and to include African women as primary speakers.

“I was stunned that at this conference where important discussions were made and critical decisions were reached, people could stand there and feel alright about talking about African women, but not having African women there to represent themselves and bring their voices to the discussion,” Sowa said.

Through this TEDx presentation, she stressed the importance of including African women in the global conversations. Rainatou Sow, the founder and executive director of Make Every Woman Count, echoes Sowa's argument in an interview featured on CNN African Voices.

“'Make Every Women Counts' is an organization that monitors female rights in every African country. During the interview, this award-winning activist from Guinea stated that the voices of African women are missing. We need to invite African women to share their own stories,” she said.

The Tools to Reach Out

Named 'Inspirational Woman of 2012' by the UK group 'Women 4 Africa,' Sowa also said social media and the internet are excellent tools to reach African women residing on the continent and abroad and to amplify their voices.
Stop Thinking of African Women as Powerless & as Victims

She also pointed out that the international community needs to stop thinking of African women as powerless and as victims. Through her organization, Sow offered a platform to African women whose voices may have been left unheard otherwise.

Based on Sowa and Sow's comments, more needs to be done to ensure that the voices of African women heard and integrated in the global discussions. African girls and women from all walks of life are actively involved in the lives of their communities.

Whether they reside on the African continent or abroad, African women now speak up.

So, the question is: Are we listening?

Jessica Foumena is an international journalist from Cameroon. A communications professional and skilled writer, she maintains a blog, Women & Africa, a positive platform that spreads a positive image of women and Africa. She is also an Omicron Delta Kappa (ODK) Lifetime member for Westminster College and Baylor University. ODK is a U.S. National Leadership Society. Correspondent for VOW Initiative.