Becoming free, the need for a child to read! 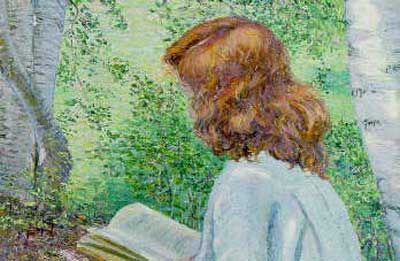 The best-selling children’s author Jacqueline Wilson, recently told the Independent newspaper, that among the hundreds of fan letters received from young people, that those from Eastern Europe, Spain and Portugal all had better spelling and grammar than British children.

Wilson stated that “they’re writing in English, and apologising for their English, yet these letters will be more grammatical and spelt more properly than [those from] our own children. It’s quite extraordinary.”

The Independent reported how around 90 per cent of the children who write to her, cannot even spell Jacqueline correctly, with the Tracy Beaker creator adding, that standards had slipped in the two decades that children had regularly written to her.

Growing up, I was fortunate enough to come from a family where reading books was encouraged and seen as vital for the development of spelling. Visits to the library were a past time and among the furniture of the home, heaped book cases were normal. I remember one family friend laughing at how “posh” we were at having books!

On a Friday afternoon, in junior school, the teacher would escort the class down to the school library, where each child had to choose a book to read and the following week had to give a report, detailing the characters and plot of the story. This was before facing questions into various chapters, which would often be the tipping point for when a book was only half read.

In high school, it was also a blessing to be taught by an English teacher called Mrs Greenhalgh, who is now the deputy head teacher of Burnage High in Manchester. What made Mrs Greenhalgh unique was that she introduced me to an American author called ME Kerr and a book called Gentlehands.

After meeting and falling in love, in Gentlehands, working class Buddy Boyle and wealthy Skye Pennington learn of a long-buried secret concerning Buddy's rich German grandfather, which changes their feelings about each other, their own heritage and perceptions of the world around them, while rocking their small Long Island community.

In the book Blood on the Forehead: What I know About Writing, M.E Kerr described Gentlehands as having the perspective of placing young people in to the position, where they had to directly face real life possibilities, which also makes Kerr’s other books more challenging for young people to read.

Before Harry Potter, there were other books which captured young people’s imaginations and made the purchase or lending of a book a normal trend in households across Great Britain. In the 1980’s and 1990’s it was the Sweet Valley High series, which was popularised into a television show but also not forgetting, the dominant read for young people in the 1990’s were the now classic Point Horror collections.

Few words can accurately describe a Point Horror book, better than; teenagers in America being stalked by a psychotic best friend/killer, dream like sequences in packed out shopping malls and ghostly football players haunting schools. This might sound daft now but the popularity of these books was so huge, that in 1997, Publishers Weekly felt that Point Horror legend R.L Stine, effectively built suspense and created an intriguing cast of characters.

What I feel is often obstructive to a young person reading, are adult attitudes towards literature, especially when young people are exposed to comments like; “isn’t that the teachers job?” Equally worrying are increasing reports, of children going to school both tired and hungry, with current financial and social problems resulting in young people being unable to focus in school, or as teachers have reported, even falling asleep in class.

Obtaining books for young people in the UK today has never been so easy with charity shops, libraries and major shopping outlets. The introduction of the Kindle and other E-book devices, has now made the purchase of books a 24 hour past time and for those with visual problems, literature is equally available through a vast array of audio books, which can be obtained for free from a local authority.

It was Emilie Buchwald who stated that "Children are made readers on the laps of their parents", while Jacqueline Kennedy pointed out, "There are many little ways to enlarge your child's world. Love of books is the best of all" and while Roald Dahl urged people to “throw your TV set away and in its place you can install a lovely bookshelf"; it was Frederick Douglass who declared; “Once you learn to read, you will be forever free!"