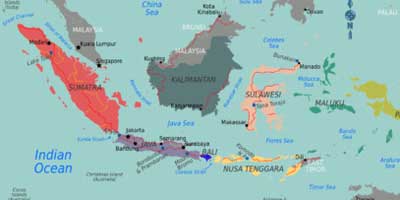 May 12th is Mother’s Day in many countries around the world, Australia being one of them. For most women and their families, it is a day of joy and celebration, however this is not the case for many women worldwide.

News of the exploitation of women or stories of violence against women rarely surprise me (although I am horrified by them) - they are that common. But this morning, I learnt of baby buying in Indonesia, and on Mother’s Day this struck a real chord. Sadly, I am sure it happens elsewhere in the world as well, but essentially it involves a pregnant woman being offered a sum of money between $US50 – 160, to give up her baby after birth.

A strict law was passed in Indonesia in 1983, prohibiting so-called ‘baby farms’ from selling children to Westerners, however, the practice has since gone underground. In 2004, an Australian couple were caught up in the issue when a baby they believed they were lawfully adopting was rejected citizenship by Australian authorities. They reported the agent behind the illegal adoption, lawyer Isnania Singgih, who received a prison term of four years.

In January, West Jakartan police arrested six women for purchasing babies, arranging forged identity documents and preparing to transport some of the babies overseas. The case will go before the courts on Tuesday, and is expected to reveal a black market that potentially involves hundreds of babies each year.

On Tuesday, Lindawati Suhandojo, the alleged document forger for the group will face trial. However, police say that the ringleader of the group is 62-year-old former midwife Hastuti Singgih (note that surname is identical to arrested lawyer above), otherwise known as Linda, who has allegedly been buying babies for 20 years. Her modus operandi has been to loiter in Jakartan maternity wards and maternal health centres, praying on women who are poor, unmarried, abandoned by their husbands or can not afford to raise their child. The offer of $50 and higher to give up a child is a life-changing sum in a country where people struggle to scrape together a few dollars per month.

Once Linda performed a health check on the baby, corrupt government officials from the Population and Civil Registry Office forged birth certificates and family cards. The babies were then sold on by the syndicate, sometimes for 70 times the price paid to the birth mother.

This has been no small-scale operation. In 2012 from November to December, 12 babies were bought and sold by Linda’s group, and pictures of another 40 babies were found on Linda’s phone when she was arrested. Police began arresting members of the syndicate and remedying the situation in January, and by March 5, babies had been recovered. Two were hospitalised at the time, the others were taken to orphanages. The group members face a prison sentence of up to 15 years.

Babies have also been abandoned after being refused by Linda’s group and their birth mother. It is unclear what exactly has happened to them, although some may have been sent to orphanges.

Arist Merdeka Sirait, chairman of the National Commission for Child Protection in Indonesia says cases of child trafficking have been common during his 15 year term, however his reports to police have resulted in few prosecutions. He says that the babies are smuggled by boat through Batam Island, which is the closest port to Singapore, and onwards to Western families.

The strict legislation on overseas adoption passed in 1983 has evidently just driven baby smuggling underground. It is evident from the 2004 case that Linda’s syndicate is not the only one in operation.

Former US Secretary of State Madeleine Albright once said: “There is a special place in hell for women who don't help other women."

I wonder what she’d think of Linda.