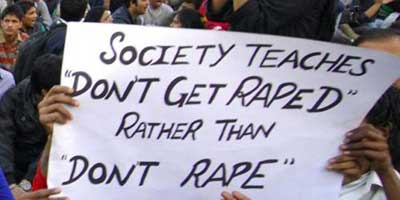 I am really happy that 2012 is over because it was really a challenging year for women especially concerning issues of violence and rape, as state men made light the issue of rape and a 23 year-old lost her life to the gang rape incident in India.

The issue of rape is not new to humanity. It has just become very rampant because, as humans, we have lost touch with our morality and our conscience. In cases where morality is weak and fails, the rule of law has to prevail. But it is heart-breaking that many rape cases still go unresolved in so many parts of the world.

Why is it that, when a girl is raped, everyone immediately wants to know where she was at the time that she was raped? Is the place the issue - or the fact that she was raped? I have heard so many people say “what was she doing out so late” but we forget to know that women are raped right inside their houses. They are raped in broad day light. So this theory of time still has some lapses and who ever came up with it needs to work harder to be convincing enough. The bad side of this theory is that it fails to take into account the fact that it uses excuses to cover the crime. It breeds a new generation of “animals” and not humans. The gang rape incident is a very clear example.

Why do we spend so much time teaching women not to be raped instead of teaching men that rape is a bad thing? It is like preaching against violence and producing guns and bullets. It is like saying feel free to walk on the streets, just make sure you are not shot. Meanwhile half of the population has a gun in their hands and are free to use it at will.

The time of rape theory, gives the impression that the girl deserves to be raped for being out late. What of the girls who are raped by armed robbers in their homes? What about the ones who are raped during the day. Let’s break the silence. Rape has always been used as a weapon against women. It is used daily and also in war torn regions. The only time that a rapist succeeds in raping a woman is when he over powers her. In essence, if he doesn’t then he will not be able to rape her.

I am very particular about these excuses because I feel that they sometimes influence justice. In a world like ours today, where the time and place of the rape becomes more relevant that the physical and mental wellbeing of the victim, it becomes imperative to raise these issues.

We should not use such excuses to cover the fact that the educational system of patriarchy has failed in teaching the values of equality, mutual to both men and women. Let’s not divert attention from the fact that the governments have failed in their duties to provide adequate security for everyone in the various parts of the world.  I have never been an advocate for indecency and I will never be. But it is annoying for people to say that a girl was raped because she was indecent. My question is, what about the girls who were raped in decent clothing and broad day light? What about a girl who was raped in a public bus? For us to truly experience freedom, security and sustainable development, every man, woman and child should be able to walk freely on the streets without being scared of any form of insecurity. The issue is not that the girls were out late; the issue is a matter of security and socialization.

In this New Year, the responsibility falls upon us to teach our children and those around us right from wrong. It starts with telling children that they both have the same value irrespective of their sex.

It starts with us taking a firm position concerning rape and its consequences. Gone are the days where the law should be open for any kind of interpretation. The law about rape should be clear, unambiguous and practical. We should raise awareness on the issue of rape because many more women are raped and abused without anyone knowing. They are scared to talk because of the taboo that is tied around the topic.

Violence has no place in a 21st century world. We should all take a firm stand and resist all forms of violence not just against women but against humanity. Violence is violence irrespective of who commits it or who it is committed unto. 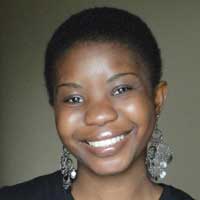