Andaleeb Rizvi: When a Little Technology Can Make a Big Difference 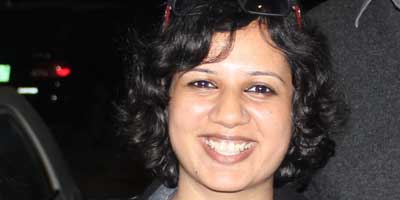 When a Little Technology Can Make a Big Difference

A little dose of tech can be wondrous

"Shahnoor was suffering from severe depression. She earned only Rs10,000 a month and was missing one of her sons, who was with his father in Bangladesh for the past two years. Her sole objective was to save enough money every month, so she could speak to him using a phone at her local PCO or cafe."

Our environment is so laden with misinformation and lack of knowledge that even a little bit of information gives a lot of people swollen heads and pumped up chests. There are a few well circulated articles, facts and figures, memes for people to digest, and the job of ‘activism’ is done. One can then go to their own set of hobbies and entertainment, from shopping sprees at upmarket stores to hanging out at one of the expensive coffee houses, or just simply ranting online about ‘how much I read and know about socialism, Islam, feminism etc’.

Here, I would not say that online activism has no use; it has its advantages too. Also, technology in its own right can do wonders for people who are struggling to survive in today’s war torn, conflict ridden urban environment in Pakistan and of course in other parts of the world. However, I have had my share of troubles with the online activists in Pakistan. Too many, I would say, and with very little insight into what is needed on the ground.

There are very simple and thoughtful things one can do to bring about a change. From buying someone books to spending time to teach a child, or simply giving a listening ear to a labourer in the bus, or a taxi driver while on your way to work. Everything counts. The following are some accidental discoveries I made during my interactions with the Bangladeshi ladies who used to work at my place.

Shahnoor was suffering from severe depression. She earned only Rs10,000 a month and was missing one of her sons, who was with his father in Bangladesh for the past two years. Her sole objective was to save enough money every month, so she could speak to him using a phone at her local PCO or cafe. She was not concerned who won the elections, or whether the evil Taliban need to be eradicated using drones and bombs. Before I go into the details too much, let me clarify why I chose to blog about this. It is just an idea that can perhaps make many people happy. Especially the ones who cannot afford to spend money to be close with their family and loved ones abroad.

I asked Shahnoor to get someone’s Skype ID where her son lived. The rest was pretty simple. She got the ID and was able to talk to her son for a few hours. It was amazing to see her expressions while she spoke and cried looking at him. How she kept telling him that he was not taking care enough, and looked so thin. However, the amazement and wonder turned to shock for me, when at the end of the conversation, she asked how much should she pay for the call. I had difficulty telling her that she owed me nothing. Soon after, Shahnoor left for Bangladesh and is now living with her family.

We take using internet for granted. Not being able to order a pizza because the cell phone was not working can be an issue for us, but not being unable to see or even talk to our son, daughter, friend because we need to spend Rs100 at the café.

For me, Shahnoor’s case has become a case study. It has given new ideas and ways to bring about the change that I rant about online. I am putting this on my blog, so that perhaps someone can do so too, or some group can pick it up, and create a group of volunteers, who on weekends go out in a neighbourhood where there are countless Shahnoor’s missing their sons.

They would simply need a laptop fitted with a WIFI USB device, a webcam, headset, microphone, and Skype. Something many ‘privileged’ urbanites already have. With a little bit of time, we can make many Shahnoor’s happy.