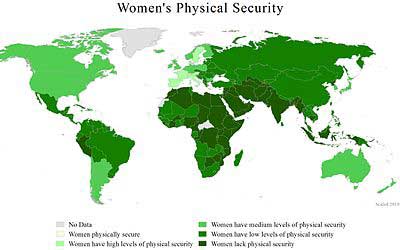 As the Delhi rape victim dies in Singapore, Pakistanis continue to struggle with understanding that sexual violence is one of the major tools of oppression against women in general and minorities in particular. Especially some of the pseudo-liberals, for whom accepting the ruling elite as a culprit is too much of a big deal.

In the Sindh province particularly two dargahs/shrines are famous for forced conversions of young Hindu girls. Bharchundi Sharif, in Mirpur Mathelo, Ghotki District, Taluka Daharki and Pir Sarhandi, Umerkot District, Taluka Samaro. The 'gaddi nasheen' (or keeper of the seat) of both these shrines are supported and backed by Pakistan People's Party (PPP).

The following are recorded cases of rape and forced conversions. There probably are hundreds which never came into the limelight. The girls were abducted, married off to Muslim men after forcefully converting to Islam. Their ages are anywhere from 13 to 18 years.

This is only the tip of the iceberg. Rape and forced conversions both are interlinked in case of women who are of marriageable age. As per the Human Rights Commission of Pakistan (HRCP) around 20 to 25 Hindu girls are being forcibly converted to Islam every month in the southern Sindh province on average. How many are being raped and disposed off due to lack of usability in marriage is another topic. The role in all this of the feudal-rulers is absolutely obscured intentionally by the ruling elite and their henchmen in media and judiciary. While the common public continues to perpetuate rape culture and apologia in the name of religion, there is a dire need to spread awareness and bring these issues out in the open.

Please raise your voice against sexual violence. Join a protest in your city for the cause, or if you cannot, at least take out 2 minutes of your time and sign an online petition. Remember change cannot be brought by merely talking about it.

Petition for the 6-year-old child

Petition demanding Government of Pakistan and HRCP to stop Child Abuse and Abuse of Power in Sindh Province, Pakistan