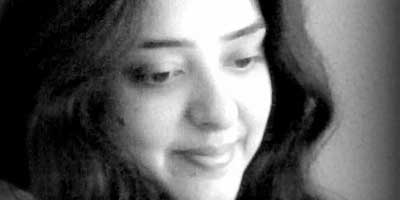 Safety for women is more a social issue than a geographic one.

Going by the latest trends in the escalation of violence against women, urban women who are considered to be "safer" in comparison to their rural counterparts, are really no more safe, to that extent.

Whether it be issues of domestic violence, marital rapes, dowry, cases of forced incest within families or even downright rapes, women are not as safe as we would want to believe. This has a lot to do with the changes coming up in the social and cultural environment.

This is, I must say, in part due to religious boundaries – for we have it happening, regardless of religions and dress codes.

However, talking about political will, in certain areas of India, for example Tamil Nadu, women feel themselves to be safer than the other parts of the country. Again...a lot depends on the governance and the will to safety for women.

Religion, as we all know has always exercised a considerable influence upon mindsets in society.

And, in all religions, as in all cases, we have had the positives and the negatives. For some who believe, their religions can be very constricted and stifling – one can see independent- thinking women being born out of their societies, as also for those who broadly think that some religions are very broadminded...these can end up producing the most enslaved and dogmatic race of women ever thinkable.

It is ironic, that despite traditional reverence to the Feminine energies, embedded deep in certain religions, women fail to identify their power and so do men engaged in religious worship.

For others, at the same time, wrong interpretations of religion and cultural conditioning by the patriarchy have wreaked havoc for women, who continue to collude in violence against their tribe.

However, generally speaking, dressed in the religious garbs, freedom of women is a limb that depends on the individual brain and its thoughts for it growth.

In all religions, we have a certain measure of freedom, both denied and gifted. The extents differ.

Also, with the change in social set up, with greater educational opportunities to women leading up to financial independence, women have been successful in breaking those barriers, which they thought had held them back till now.

So religions notwithstanding, backlash –  in docility or bombast, has been the rule all over.

The recent horrific gang rape of a young woman on a bus – and her subsequent death last December, caused worldwide outrage and condemnation, but also spurred some in the west to speculate whether India has a rape culture.

It is a question which would require us to look at things very deeply from the 'religious' and the 'spiritual' viewpoint.

This, to quite an extent, is "revered" because of its deep connections with the religious ethos in the Indian system of thought. However, to me, it is the misinterpretation of these symbols that lead to an overt exploitation of the human energies in sexuality and the consideration of the female as an object.

So, whereas, the Indian culture does not deny the existence of sexuality and the carnal pleasures, it also emphasizes that the path to the soul requires that material and carnal pleasure be left behind.

For all such, who think that justification of their wrong actions against women can take cultural justification as an excuse, have certainly not understood the value of the cultural truth.

Not only this, over-commodification of a woman's body is the mainstay of most civilizations, where differences in situations, notwithstanding, material gains take on a greater value.

In such situations, it is normal that human beings, all over, tend to forget their human values, and engage in brutal acts, not hesitating in the least, transgressing lives and human rectitude.

This is precisely the current situation, due to which things in India are getting all topsy-turvy, when it comes to women.

It is true, that Western feminists have different issues as compared to their counterparts in this part of the world. this can be attributed to cultural and social differences.

However, the difference needs to be in the strategies adopted to improve the Woman Situation.

The problems may not be all common, and yet, their are common issues as well. So, it is essential that our Western counterparts develop a greater understanding of the concrete problems that women face, identify issues, and then act accordingly.

Activism, rather than theory, is the need of the hour in our side of the globe. [India]

As I said, education, financial and mental independence, have contributed a lot in the improvement of the overall situation of women. Today, by and large, we have a huge, huge woman workforce contributing to the development of the economy as also in the domestic realm.

Sadly, when we talk about the "targets of assault", nobody can categorically be called "safe".

From sexual harassment at the workplace, to women being raped when travelling at night, to growing young girls who go to schools and colleges, to women staying alone – dangers hound them everywhere!

Sexual Assaults Increase Despite, or Even Because of, Media Attention

Ironically, the more it is being spoken about, the greater is the incidence of such attacks on women.

One cannot pinpoint the immediate cause, but it can definitely be attributed to the rigid patriarchal conditioning, where for men, agreement is not about human will, but an issue trapped in the maze of defeat and victory.

So, we see that men would not want to be "defeated" and hence, the rising numbers of such gruesome incidents as we've seen recently.

It is going to be a long, long way, but the change must begin, right away.

Being a Feminist Activist in India in 2013

Being a feminist activist in India, in 2013, means rigidity, independence, and more importantly the will to achieve dignity for women.

It is not easy.

Even within a nation, we have different viewpoints regarding feminism.

We have different Feminisms, as it were.

And it requires that the ideology be not just understood, but thoroughly put into practice as well. For all we know, we may have hardcore feminists who succumb to pressures when it comes to adapting the rules of the game, in their own lives and ways.

And, this is just the tip of the iceberg. I, do not call myself a feminist, that way. Not that I have issues with the term, but it is for me, the question of human dignity and existence, and so –  "humanism".

It is just incidental that I am a woman, standing up for the same!

Also read: From Reverence to Humiliation - Women in Language