Through the looking glass: An insight into old age and PTSD 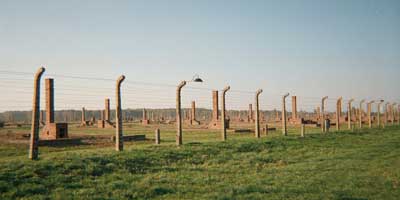 A few years ago, at a stall for the charity Combat Stress, we were approached by a woman who recalled her father’s experiences of living with the traumatic effects of war. Unlike many people, where the effects are sometimes immediate or can show symptoms later on in life, for this woman, her father’s recollections emerged in old age.

Having survived the horrors of the Second World War, reconstruction and work life in the post war era, to then go on and raise three daughters and two sons, in his dotage this elderly gentleman developed dementia.

His experiences of the war started coming back in flashbacks, nightmares and as his mind slipped further into the maze of conflicting thoughts, every single day and every person whom he had contact with, became the living embodiment of his own experiences, as a prisoner of war in a Japanese concentration camp.

Until his death, the last two years of his life were spent recalling every detail, to such an extent that nurses, care workers, his wife and children were no longer recognisable to him but each were representative of something, from what many would now describe as a “bye-gone era”. He would physically choke on food, vomit at certain smells, would wake up screaming and each morning would be found standing to attention.

The tragedy for those around him, was that this was no longer the 1940’s, or even the 1950’s or 60’s but was a new century in the British northern city of Manchester. It was told, that those who provided his social care found difficulties in supporting him, because his behaviour was unpredictable, and for many of those who were constantly around him, admittedly had little or no understanding of the situations he was reliving.

History gives us perspective, it’s the chance to look back on events and examine the findings. History is the opportunity to question our direction and offers the choice to either replicate a situation, or seek to remedy the consequences of those actions, which were put into place by others.

I have come across several other cases, which are similar to that described above, where people who survived the Holocaust, or other wars have been left reliving the horrors that they once experienced.

Auschwitz.
Photo by Hussein Al-alak.In October 2010, I first visited the Auschwitz Concentration Camp in Poland, where upon return I sent a bundle of photographs over to a friend in Canada. The reason for this, is that both his parents survived the horrors of Nazi Germany in the Auschwitz camp, and my friend's mother, in her old age, had wanted to know what the camp looked like in its present form.

I was given descriptions, none of which I had found because Nazi Germany had lost the war, but this elderly Jewish woman, in a nursing home in Canada, would rub her hands together and vividly describe the biting cold, the brutality of camp guards, the lack of food, deplorable sanitation but ultimately the desire to live.

That same desire was also expressed many years ago, when doing the Anne Frank Exhibition for the Manchester Youth Service, where two Holocaust survivors informed a packed audience just how precise and detailed the Nazi war machine was but also having lost relatives, how they had managed to escape occupied Poland.

I also remember asking one survivor of Bergen Belsen, the camp my own grandfather went into with the British Army, just how does a person survive?

He described the Holocaust being almost "like a dream", that only in retirement had it begun to “sink in”, that this survivor of Bergen Belsen had once been a prisoner, where he too had lost relatives and friends, that immediately after the war, he had been so busy looking for relatives, finding a new home, reconstruction, marriage, family and work, that all of a sudden in the 1990’s, “it was like looking over my shoulder and realising, that it was me it happened to!”

We can never begin to imagine the exact details of such events, or underestimate the impact they have upon a person’s mind or body. There are details that we can never know but the process is something we can begin to understand, so that for now and in the future, we can prepare ourselves, so rather than being fearful or intimidated by world events, we can have the knowledge and strength, to confront those hidden wounds of war.

Generations at War - When Will The Healing Begin? - by Chris Crowstaff

What Can We Learn from the Past? - by Chris Crowstaff