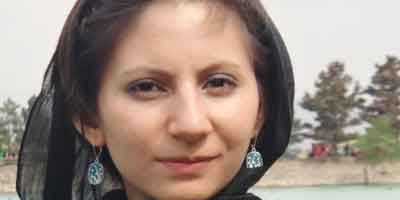 Facebook is the one of new avenues for activism in Afghanistan. Youth groups have created pages that have hundreds, if not thousands, of followers, and events are created to encourage youth to participate in concerts, film-screenings, food drives, etc. and despite the fact that most women in Afghanistan do not have access to internet or are prohibited from using Facebook, women and girls have a noticeable presence on Facebook. Pro-women’s rights posters, articles and news go viral among Afghans on Facebook, leaving one with the misconception that Afghans who are on Facebook all less likely to disrespect or harass women or use misogynistic language. However a deeper look at the conversations about women and girls will show that being literate and having a Facebook account does not necessarily make one open-minded or non-sexist.

Perhaps the most extreme forms of these misogynist comments can be found on the fan pages for female singers, actresses and politicians. The sentiments of hatred, the threats, comment on what the “right” place for women is, and the shaming and name-calling expressed by many of the Afghan men and women are similar sentiments as those of Taliban leaders regarding women’s presence in politics, media and in the music and film industry specifically. What is perhaps more shocking is that many of the commentators actually seem to believe that women in the music and film industry are prostitutes. Young men write their phone numbers and email addresses with a suggestion of being interested in “spending the night” with young female professionals, questions about nightly rates, and comments about whether they prostitute in Afghanistan or not are not rare. The fact that these youth consider themselves to be pious Muslims and post photos promoting Islam on their own Facebook pages highlight the deep contradictions that exists in the Afghan society. The same contradictions exist outside Facebook. A young man walking or driving to the mosque might harass a young girl going to the university or ask her if she will go with him, suggesting that she is a prostitute for walking down the street.

In addition to the defamation and harassment of female actresses and singers, another noticeable example of misogyny on Facebook is victim blaming. From women’s clothing and make-up to their bodies and their style of walking, all are criticized and blamed in discussions regarding rape, gender-based violence and street harassment. “We have to find the roots of violence against women. For example, if women would continue obeying their husbands like the past, they would not face violence,” - a 23 year old student at Kabul University commented on the picture of a group of women protesting violence against women. Another young man wrote, “All of you (protestors) need to learn to dress like an Afghan woman before protesting. Your clothing is enough to make men want to rape and insult women.”

In discussions about street harassment, lack of outlets for relieving men’s sexual frustration is another common “reasoning” used to excuse harassment. An educated poet recently wrote a lengthy note on his Facebook page about how women who are molested on streets should understand that it happens because men are sexually deprived and shouldn’t take groping “too seriously.” As it is characteristic of misogyny, no questions are asked about women’s sexual frustrations and whether women would have be equally right if they assault boys and men to relief themselves. At the end of the day, women are once again blamed for not fulfilling men’s sexual “needs” and hence “proven as deserving” of public groping by strangers.

In addition to the rampant misogyny vibrant on Facebook among Afghan youth, there are many men and women who have mobilized social media to promote gender equality and fight sexual discriminations. Often young men and women will speak up in defense of women’s rights on social media in a way that maybe outside the virtual world would prove too dangerous for them. This has led to lengthy debates among youth in Afghanistan and the creation of a safe space for discussion. With more than 1,520,996 Afghans having access to the internet inside the country and mobile phones becoming equipped with 3G around the country, social media and blogging has the potential to become a platform for open debate and change and that process has started already.  However, the fact that the same misogynistic excuses are used to justify rape, harassment, violence and abuse of women by many educated youth who have access to the internet and know English as by those Afghans who might be illiterate, is testimony to the long road women’s rights activists have ahead to combat the problems that women face in the country.