Kabul: A Letter to My Harasser 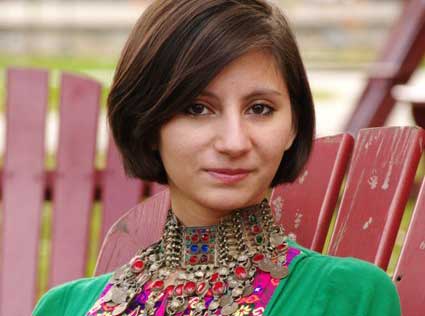 A Letter to My Harasser

I do not know your name, but you passed by me a week after Eid-ul-Fetr in the Bazaar in Kabul. You might remember me. I was the young woman wearing a white scarf and a long red embroidered tunic with dark pants. I was standing by a vegetable stand and bargaining the price of fresh mint when you passed me and nonchalantly pinched my bottom. I turned red. The old man who was selling vegetables noticed but didn’t say anything. He probably sees this every day. This had happened to me more than once, but this time I felt more embarrassed because the old man noticed.

I ran after you and grasped your wrist. Scared and sweating I started yelling. “Why did you do that? How dare you? Do you do this at home to your family members too?” and you started yelling back louder, “you crazy woman! I haven’t done anything. You are not worth doing anything to.”

I was still ashamed to tell people what you had done. You probably remember how everyone was watching us. Other women advised me to keep calm that this would only ruin my reputation, but I wasn’t going to give up now. I started yelling. Soon the police arrived and took us both to the station.

A tall man in uniform asked me what had happened. I told him. You opened your mouth and the police officer yelled, “You, shut up!” Next thing I knew he was beating you. You were on the floor and he was kicking you with his gigantic shoes. Sweat was dripping off his thick eyebrows. He must have been as angry as I was.

I didn’t see you again, but the friend who was walking with you followed me all the way home. He told me, “what is the big deal?! It is not like he f***ked you.” But I was too tired for a second fight that day.

You and your friend probably both claim to be Muslims. You probably even pray at the mosque every Friday or more often. You probably tell your wives that they should not get out of the house because the world out there is filled with horrible men who will disgrace them. You probably even believe that you had a right to touching my bottom because you think a “good” woman would never be out on the streets without a man. Your sisters are “good.” They stay at home when you pressure them to. If I were a “good woman” I would do the same. These streets belong to men.

I am writing this letter to tell you that I never intended for you to get beaten and humiliated, but I am not sorry for speaking out. I am writing to tell you that I know what you are up to. You want to threaten me, scare me, and keep me shut at home where I will learn to tend to many children and cook food for your kind and be submissive to a man that might someday marry me. You want me to be terrified of the world outside and not find my way and my place in it. You want me to believe that the only safe and “decent” place for me is in the kitchen and the bedroom. But I am writing you to tell you that I am not buying that ever again. Not you, not the Taliban, not this government, not my brother or mother, nor anybody else can convince me that I am less than a man, that I cannot protect myself, that I cannot be what I want to, and that the best life for me is in a “safe” kitchen where a man or a mother-in-law has control over my every move. I am not buying that. Not ever again.

I will come out of the home every day and walk bravely down the streets of my city, not because I need to, but because I can and neither your harassment or sexual assault nor an oppressive government will ever be able to take that ability from me again.

A Woman You Harassed