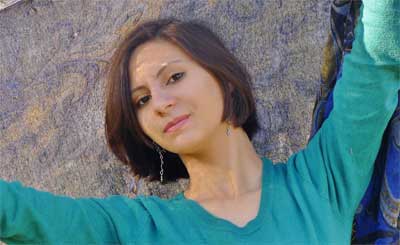 "In this universal battle between injustice and equality, equality will win, even if sometimes it does not look that way. No bird can be caged forever."

In 2001, after nearly five years of immigration in Pakistan, my family returned to a broken Kabul. We settled at a rental house in Qalaye Fatullah. Other than vague childhood memories, I had known Kabul through my mom’s stories of how she and my father would take us to the hills for picnics, the green of Kabul University, and the chic men and women. “Cinema Pamir is where everyone goes shopping. It is crowded but beautiful because of the beautiful river that cuts through it and the yellow mosque where thousands of doves cover the roof,” my mother had said.

The Kabul I met when I was twelve could have been located on a completely different planet than the one my mother described. Cinema Pamir was deserted and the river had been struck by drought. The desolate roads smelled of bullets. Everything about Kabul scared me. I could read my own fears in the eyes of other women too. Every day, we heard stories about female teachers being killed and female students getting acid thrown on their faces. In addition to that, the gazes of men in the streets made me feel unwelcome and scared.

Stories about acid being thrown on the faces of women who go back to school scared me most as one morning we walked to Zarghona Anaa Girls High School to register. On the way to school we saw hundreds of girls walking with us. Inside the school, girls took off their burqas and lined up. A big wave of white scarves and black dresses appeared and sounds of laughter and freedom filled my ears. After assembly, students were registered. Classes were too full because of the high number of students. There was no space in sixth grade, so they registered me for fifth grade instead, but I seemed to not mind at all. I had never seen such passion for learning, for connecting with one another, even for lining up to listen to the principle give a long lecture.

There we were standing in the big yard of the school despite the fact that we knew outside threats and spiteful gazes awaited us. Many of the girls have never been to a school before. Many had left school after they were imprisoned by the Taliban with no way of getting out of the country and many had come back to search for a peaceful home where they will not be insulted or taken advantage of because they are refugees or illegal immigrants. Many of our mothers had sold their wedding jewelry to pay for our school uniforms. Many of our fathers had dropped us to school just to make sure we would be safe. Many of our parents had left behind everything familiar, their lives and homes, to go to a country where we would be able to go to school during the Taliban. Many of us would have to wear the burqa before sitting foot out of the school to be permitted by their families to return to school the next day. All of us would spend the followings days with the terror that someone might attack us on the way to school, but we were not scared of anything when standing there together.

The smell of bullets, the monsters of poverty and terror, the burden of the blue burqas and the people who might throw acid on our faces, all seemed insignificant in contrast to this big wave of young girls laughing, talking, and learning. We were all different. We came from various ethnicities, had returned from different countries and some had been in Afghanistan all along, and spoke different languages but we were all there standing thirsty to feel free. We stood there united, strong, and defiant like the different rays of sunshine all merged at one point, holding spiritual hands, smiling at each other with solidarity and resilience.

Today, nearly eleven years later, I caught myself staring at a photo of little girls walking to school in Afghanistan and wondering if they will continue to have this freedom. Contemporary history of my country shows that the place I call home is unstable. Today, I felt scared for what might become. Though, the buildings in the city of Kabul are mostly rehabilitated and girls continue to go to school in many parts of the country, I am afraid that it will all perish, that I might never again experience the feelings I had when for the first time in my life I went to school in my own country, in my own city, where I was born.

“Courage is not the absence of fear.” I try to summon that courage and I find it in the young girls who are walking to school in this photograph. I have felt their resilience and lived their passion for learning. And political changes, no matter how drastic, cannot remove from one’s heart courage, passion, and resilience. Even if their bombs and suicide attacks are louder than our resilience and get more press than our voices, I know they will fade out, but our voice will continue to echo in the mountains of our homeland, in the poetry of our grandchildren, and in the blood of every oppressed being and people before and after us. A chain around our ankles does not have to mean a limit to our minds and our dreams. This is not to diminish the threats we face, but to celebrate the resilience we, women, have because I know that we will raise our daughters with the same spirit we were brought up with and we will continue to fight. In this universal battle between injustice and equality, equality will win, even if sometimes it does not look that way. No bird can be caged forever.

Virginia Woolf - "Lock up your libraries if you like, but there is no gate, no lock, no bolt that you can set upon the freedom of my mind."