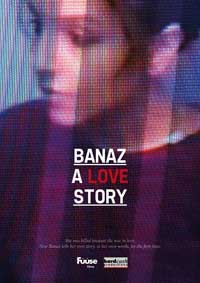 "Banaz: A Love Story is not a comfortable thing to watch, and nor should it be."

At the end of a film screening, there’s usually a few moments of silence as reality slowly creeps back into the room. People gather coats around shoulders and pick bits of popcorn off their shoes. Then normality descends, chatting and laughter resumes, and gradually, the intensity of everything you’ve just seen fades away in comparison to the immediacy of real life. This does not happen after Banaz: A Love Story.

The room stays largely silent. People stare blankly at the screen. Some are in tears. And the once-familiar, once-friendly streets of London, when you step outside into the sunlight, never look quite the same again.

To say people enjoyed the film would be not quite true. Banaz: A Love Story is not a comfortable thing to watch, and nor should it be. There’s an almost oppressive intensity to the interview segments in particular, perhaps conveying a fraction of a fraction of a fraction of the shadow of fear from behind which Bekhal – Banaz’s older sister – speaks.

Bekhal speaks from behind a veil, showing only her eyes: although her father and the direct perpetrators of her sister’s murder are, finally, imprisoned, her life still remains under perpetual threat. There is a horrible irony to this: even after she has run away from home, and shaped her own life, this brave confident woman who fights back is still, in order to appear on camera and be heard, having her mode of dress controlled by the very people she risked her life to escape from.

One of the most alarming things you learn very quickly from this film is the enormity of the conspiracy involved in honour violence. Long before Banaz’s own story even began, Bekhal had fled the family home following attempts by her brother to kill her. Her brother, says Bekhal, her voice calm, admitted, after assaulting her, that their own father paid him to try and kill her. In other words, the murder of Banaz was not some one-off crime, driven by a fit of passion, and regretted afterwards. It was the deliberate and inevitable culmination of the circumstances and cultural trappings of Banaz’s life.

The responsibility of Society as a Whole

The pressure on the young girls in these communities – Banaz’s family were Kurdish-Iraqis who had sought asylum in Britain to escape Saddam Hussein - is hard to fully appreciate for some who take the privilege of freedom for granted, but this film goes some way to conveying it: the watchful eyes, the constant chatter of uncles, cousins, and sons, the fear of shame or dishonour damaging not just their pride but the family brand, the family’s local business – in a close-knit community the stain of dishonour can ruin everything a family relies on to maintain their way of life.

This fear of family dishonour is particularly acute for many because it is felt alongside a notable drop in social status when they move from – in the case of Banaz’s family – Iraq, to Britain. This raises important questions about intersectionality within any conversation we have in the UK about cultural division: what good is there in listening to the voices of a community if only those voices which are dominant are allowed to speak? As the president of the Kurdish and Iraqi Women’s Organisation says: “We are not dishonouring the community! We are supporting people – women. We are the real community!”

It may feel like a relatively easy judgement to make against the communities which allow this claustrophobic silence to surround honour control, violence, and murder. But they are not the only ones to blame. Banaz: A Love Story shows us not just the problems in minority communities, but also within our own.

In 2008, Banaz, at enormous personal risk, a risk that is incomprehensible to those of us lucky enough to be surrounded by a safe societal network, went to the police to report her then husband, a marriage into which she had been forced, for domestic abuse.

Police footage shows Banaz relating how her husband beat her, raped her, threatened her, degraded her, telling her she was ugly, she was a whore and good for nothing else. She relates one story where she called him by his name while they had guests, something she says contravenes custom but: “It’s just a name, you know? It’s not doing anyone any harm.” He told her he would stab her with a knife if she ever called him by his name again.

“When he raped me, it was like I was his shoe, and he could wear me whenever he wanted.” And, significantly: “I didn’t know if that was normal – in my culture, or here.”

Banaz tells the policewoman taking her statement how she had tried to leave her husband but her family sent her back. Her family described this man, this man who should surely have been tracked down for his crimes against her at once – as “the David Beckham of son in laws.” She then told the police she knew she was being stalked, by relatives and their friends. According to the film, it took them three months to even process her report.

How can this be anything other than shameful? For a complaint, detailing brutal violence including rape, including photos of the then-17-year-old victim’s body with bruises, a victim being tailed by someone who had already forced her back into the home of her abuser, for that complaint to be put aside for three months plus, is not something we should excuse, accept, or shrug off as unimportant or inevitable. It is not inevitable. This is a country where trolling someone on twitter or writing a ridiculous comment on facebook can get you the attention of the police. It is hard to understand why a case like Banaz’s would not be looked into.

Was it a fear of political incorrectness, of appearing racist, which some police officers in the film say is sometimes a hindrance to investigating honour crimes in minority communities? It is emphasised by one interviewee that these crimes do not only happen amongst minorities, and it is dangerous to believe otherwise. A more chilling question is: if Banaz was white, would she have been saved? The Head of the Sikh Metropolitan Police Officers Association says it’s too easy to “think [honour killings are] brown people killing brown people; how does this affect me as a white person? Probably not very much,” and dismiss them as a cultural anomaly.

Banaz: A Love Story shows us that long before Banaz met Rahmat and fell in love, at just 19 years old, she was living under a very real threat of violence. When she was spotted kissing him outside a tube station, the whisperers and gossips hissed the information back to her family immediately.

You might think that the family’s first, failed attempt to kill Banaz, after which she was taken to hospital, and recorded by Rahmat on his phone explaining exactly what happened, the police would have recognised the reality of the danger Banaz was living under. You’d be wrong.

The police came to the family home to take a statement from Banaz – with her family present. This may be a good way to handle an argument between two squabbling siblings but in the context of Banaz’s case it was more akin to taking a gang or mafia informant and forcing them to give their witness statement in full company of the mafia boss and members – then buggering off and leaving them to live in a house together.

Cold, Calculated Murder - Not a Crime of Passion

There’s a temptation to think of honour violence as a sort of crime of passion, to almost romanticise it. Perhaps we find it easier to understand how any parent could do such a thing if we imagine them mentally unstable, or out of control. After all, we have centuries of art and culture telling us that oppressive passion equals romance. But Banaz: A Love Story makes it horrifyingly clear that  the rape and killing of Banaz Mahmood was not this. The policewoman who finally investigated her eventual murder reads, on camera, from the transcript of an intercepted conversation between the perpetrators. They are cold as brass as they laugh and brag about how they raped and murdered this 19 year old woman.

If there’s one thing that this film teaches us, it is that honour oppression goes deeper than immediate and overt violence. Physical violence may be the last resort when an exceptionally brave woman like Banaz or Bekhal fights back. But many, many more women and girls are also living under permanent surveillance and silencing, the violence either an implicit threat, or a quietly normalised part of life.

Deeyah’s film tells us we have no way of measuring exactly how widespread this problem is. The police say they usually hear of a missing child when the parents report it. If they don’t report it, if they don’t chase up the inquiry, it’s very difficult to know what’s going on. And how can anyone say what goes on behind the closed doors of a marriage, unless one of the partners makes it public?

It’s difficult to know what to do to push the grim reality of the situation forwards. Moves to criminalise forced marriages were met with mixed reactions from experts, and it’s not hard to see why. On one hand, had forced marriage been illegal, perhaps her parents would have been prosecuted following her first marriage, and she could have been saved. On the other hand, it’s not like there was any shortage of crimes being committed even within the laws as they stood at the time: the failure seems to lie in the police delay in addressing them. Criminalisation could make it even harder for survivors to come forwards.

Whatever we do in terms of legislation and legal process, in the long-term the way forward must surely lie in education, cultural integration, and a refusal to neglect the principle of respecting women’s rights and autonomy just because the men in any given group tell you it is their culture to oppress women. The normalisation of oppression does not make it okay. And while we figure out the best way to deal with the specific acts of violence, one thing we can all do in the meantime is challenge the ridiculously sexist culture that facilitates such brutality - wherever it appears. That certainly is not limited to minority communities. Nor should the response to it be.

"If their own blood relatives discarded, betrayed, forgot and harmed them, then they are our children, our sisters our mothers that we will mourn, we will remember, we will honour their memrory and we will not forget!"