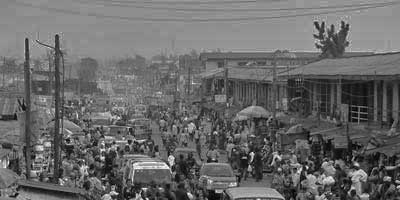 True story from Nigeria - names have been changed to protect identities.

By Elsie Ijorogu-Reed and Kirthi Jayakumar

Ndidi had absolutely no intention of trying this whole “sugar daddy” thing when Ngozi came up to her with a persuasive tone. “Oh come on, now, Ndidi, it’s fun! All he wants is for you to hang out with him, and he will give you plenty, plenty of things!”  Ndidi was unsure. Her own father was strict, and terribly harsh with her. But when Ngozi would tell her how wonderful her sugar daddy was – how he took care of her – showered her with gifts, bought her so much... some of which Ngozi shared with her, even... it was too much to take. And now, Ngozi wanted to introduce her to her sugar daddy’s friends!

“Come on Ndidi. For my sake!” pleaded Ngozi.

“Okay. At least to see the guest house he meets me in, please?”

Ndidi gave in. That evening, she went with Ngozi to the guest house, thinking it would just be a visit to see the place. But Ndidi was wrong. Ngozi made Ndidi feel comfortable, settling around the space, when there came a knock on the door. The sugar daddy and his friend were home.

Ndidi got the shock of her life.

The “friend” was her own father!

Ndidi was furious. But she decided to play the game. She introduced herself to her father, saying, “I’m Ndidi. Pleased to meet you!”

Her father stuttered in response.

Ndidi asked him, “I want a big bottle of Guinness Stout!”

Her father asked her, “Aren’t you too young to drink?”

Ndidi stared back, her eyes blazing. “I didn’t even want to meet this friend, and Ngozi brings me here to see the guest house. But what do I see? YOU!” she spat. She turned to Ngozi. “Give me the Guinness Stout I wanted. Ask your Sugar daddy for it!”

Her father was shocked, ashamed and dreadfully numbed to say anything. Ndidi drank herself silly, and lit up a cigarette before him. She was too angry, and ran out on them. She went around for hours, wondering what she should do. She returned home past her curfew, but never told her mother, lest it hurt her. But that day, she lost all respect for her father. She blackmailed him for years until she left home, threatening to tell her mother the truth if he tried to be unreasonably strict with her.