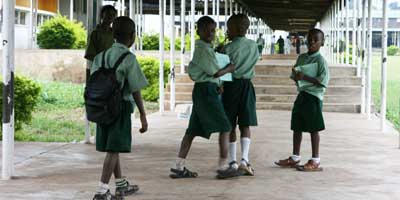 By Elsie Ijorogu-Reed and Kirthi Jayakumar.

Many a time, we joke about Parents having favorites among their Children. But in truth, it is not a joke. Especially to those who are unfavoured. While parents may be well-meaning, there are several social examples of parents favouring one child over another or many others, and in the process, the unfavoured go through life feeling unloved. This translates into a state of life that is peppered with sentiments such as becoming bitter, angry and living with low self-esteem.

No two children are the same, and though it is hard not to love the one child that appeals to a parent most, it is a sine qua non that parents should learn to accept their children for who they are. Showing openly that the love one child more than the other can inflict unparalleled psychological damage on the unfavoured. We are telling you, below, the story of one such unfavoured child.

A bud blooms into place. Its beautiful petals folded, like the pink fist of an unborn child. But a heart throbbed within, a heart that dreamed of a life……..

Eseoghene was a middle child of a family of 7. She was different from her sisters. She was not the ordinary girl – she had ambitions, aspirations, dreams. She dreamed of becoming a lawyer some day. Boys, partying, flamboyance – these were not things she was interested in, unlike her siblings. She was intelligent, this beautiful soul. But she was Bohemian, not the domesticated one. She was not the kind to show emotions. She was different – Eseoghene would love to read, ask questions, sit for hours and hours in the library. She had magic in her fingers – her creative ways were phenomenal. But that wasn’t good enough for her family. She was not the “ideal daughter” – the epithet that her sisters earned. Her parents wasted no time in telling her how “useless” she was. They told her that they worried about her because she was unfit, in their eyes.  They told her that her books would take her nowhere.

The bud bloomed, but no one saw its beauty. It wilted, it grew tired. It didn’t want to bloom, it couldn’t bloom. Its beauty was muted, silent, destroyed…..

Eseoghene grew up withdrawn. A rebel was born inside. Eseoghene knew. Knew, that that regardless of what she did, her parents would complain anyway. Knew, that she had problems in her relationships with others. But Eseoghene Did not Know. Did not know what love meant. It was so, so, SO hard for her to love anybody or understand love when it was extended to her. She had issues with her siblings. There was war in their house, the favored against the unfavored. The children would fight to be the flavor of the day.

The flower bloomed anyway. She had a place under the sun. Love did not come to her, nor she, knew what love felt. But the flower, she bloomed, anyway….

As they grew older they grew more apart each fighting other their parents love, and the favoured felt that they were superior to the unfavored. They believed that they were the “better” children and the ones who their mother loved. The rift grew. Time passed, age mounted. But these siblings, they don’t talk with Eseoghene. Eseoghene’s mother died soon after. But she felt nothing but pain, and more of it. Eseoghene said that life cheated her from having a mother. Now, death had stolen the chance of her ever having a mother.

The flower stands alone… Dancing in the wind…

This is just one of the many stories in Nigeria, where the older child is ignored because she is poor and no decision is taken in the house until the youngest speaks up, because she is the one with the money.* Someone once told us a story where he was asked to “shut up” in a family meeting so that “a human being” (as he refers to his richer younger sister) would talk. Literally meaning that he was not a “human being” because, he was poor. Sometimes they even favor the youngest one’s spouse – if he is rich, and lives in a big city – so by extension, they become the family’s ruling royalty.  A lot of girls turn to prostitution and boys rob – so they get the money - because they want to gain their rightful place in the family. A girl once told me how her mother threatened to throw her out of the house and refused to feed her, because unlike her sisters who married a rich foreign expatriate at 18, she was bent on going to school. Her mother asked her sisters to stop paying her school fees. Actually her words where “nor be wetin unna get she get” meaning she had what they had and she could do the same.

This is reality. How does one handle such a social attitude?

* Editorial note: The 'breadwinner' - i.e. the offspring with the most money, is often delegated with decision-making power, and spokesperson for the family.