A Lonely Walk - A Young Immigrant's Arrival in the USA 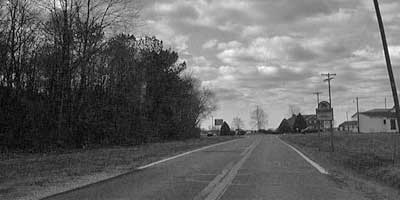 This story is an account of Elsie Ijorogu-Reed's own early experiences, as a young immigrant arriving in New York.

It was the first time she had sat on an aeroplane, and where else was she going, but the Big Apple? Work, the dream of being able to work in the country that was the melting pot of races, the fount of opportunities and the land of possibilities that one could otherwise only dream of coveting? She got off the flight, a little light-headed from all the jet lag, but hardly beaten – the dreams waiting to be fulfilled were far more encouraging than anything else!

Her uncle greeted her at the airport. Welcome! He said. But that sentiment only lasted on his lips for a moment, and hadn’t a true spot in his heart. She landed a job at a local supermarket. Soon, four actions coloured her working hours. Pick, swipe, bill, tender change.Pick, swipe, bill, tender change. Her home was nice, living with a relative was safe. It felt safe, at least. But that wall around her came crumbling down when in two weeks, he sent her packing. I can’t provide for you anymore. Now get out!

She found herself stranded in the streets. Where would she go? What would become of the dreams she had? Where would she find work? Could she feed herself? How would she survive? Her mind was a cornucopia of thoughts, running overtime in a whirlwind of riotous colour of the possibilities that could have been, and the harsh reality that was. She kept quiet for a week, sleeping on the street, behind the supermarket, anywhere that offered her shelter, a chance to be invisible while she was in Morpheus’ Arms. But one day, a co-worker followed her out, after smelling a rat, and offered her the olive branch of friendship. Come. Stay with me, won’t you?  She looked at her co-worker, pride itched the insides of her throat.  I will, but I will eat my meals outside, please. Her friend agreed – understanding that she clutched at the only little thing she had in hand - Pride. She spent the next few weeks eating just one hotdog a day, hoping hard to save the little money in hand. But things didn’t stay stable. Her friend was soon afraid and insecure, for the pretty girl in her house might be someone her husband would be interested in. She was kicked out unceremoniously, the worm of insecurity being the fulcrum for the change.

Some nights, she slept. Some nights, she didn’t. Each night, she cried. The super-market sent her out of work. You dress like a beggar, you look so shabby! What would our customers think? You are unclean, unbathed, and you don’t change your clothes! She walked, miles and miles each day, searching for accommodation, a place that would have her, a place where she could be a human. She chanced upon a good Samaritan, a kindred soul that never defiled her, while he let her sleep on the floor each night. I will get you a job. How do you feel about Pizza?

She was now a worker in Pizza Hut. She made a little more than in her previous job. A hot, steaming mug of coffee came her way sometimes. Water was plentiful. A quick bite of a wasted pizza slice on a plate she cleaned out. Some tips. Some strange customers who made a pass at her once, twice, so many times. Some more tips. A nibble at a pizza slice that a customer bit into in part.A tomato slice.A pack of seasoning. Hunger, though. Always. And then it came, that light at the end of the tunnel. She had money, enough to rent out a room in a house, enough to enrol in classes to be a nursing assistant, enough to enrol in computer classes. A doctor found her attractive, and diligently asked her out, hoping she would say yes.

Then came the tough part. Three things, one day. One person. No food. Plenty of back-biting. Ah that girl! How ambitious she is – she will fail, really. Said one.Huh? What is she thinking? This is a white, white world. What place has she here? Said another.The stupid girl. Can’t she just go get married, she’ll have money at least! Said a third. She walked on unfazed. There was no money in hand. She had no food. Hunger gnawed at her insides. Threatened to kill her. She fought, fought bravely, shedding tears but never giving up. She fought with herself. Shouted at herself for being discontented with life and being a dreamer instead.  She fed on her Emotions. She thrived in the hope of a brighter future. She would eat discards – rice, if she was lucky, butter. The doctor was livid, that she didn’t say yes to him. The only reason you sufferis because you are stubborn.If you were nice to me,I would be nice to you! Disturbing person that you are – you and your big dreams. How crazy can you be?  Work at the restaurant stopped. She was a nurse assistantnow. But money was frugal, next to non-existent.

She locked herself in her room. Tears flowing, body racking with sobs. She had no one. She was alone. She was The Crazy Girl. The Fool.The Failure.The Cursed idiot who was restless. Poverty never left her side, slowly impinging on her every sphere of existence.  I want better in life! She would cry to herself. WHAT DO I WANT! She would ask in pain.  There was nothing she could do about her dismal life, except hope. Salt replaced toothpaste, as brown replaced white in the colour of her teeth. A little dab of vegetable oil was her lotion. Hunger, he danced in her face, all the time. Come, come, come!Let me swallow you whole! Come, come, Come! Let me make you crawl.

She was so hungry, so hungry, that the world swam in front of her eyes. Water filled her stomach sometimes, but only for a while. Her stomach begged her to feed it, pleaded with her to consider putting a morsel from somewhere. Please give me a dollar, Please, she asked one of her co-workers.  I wish to buy myself some fries, please. He looked back at her. How dare you! Did you sleep with me when I asked you to? What money do you claim to deserve? He spat at her.

The tears came back, stinging. She ran back to her staff-room. Will it ever, ever be okay, Lord? Am I ill? Am I not your child? Why do you test me so?

Her unwavering faith brought her hope. A strange woman came to her. The Lord told me to feed you today. Come.Her unwavering faith had been rewarded. She was not sick. God was watching out for her.She would make it in life. She promised God that day. If you bless me,I would be a blessing to other people.

Life turned around, as if on cue. She found herself locked out one day, the rain pouring down abhorrently. She knocked on her neighbour’s door. Might I wait here, please? My roommate is due back in an hour. She asked. Sure! He said.
He got talking. He called his wife, too, to speak with her.
What do you do for a living?
I am studying, I am also a nurse.
Studying? What are you studying?
IT.
Hmm. Do you have the books you need? Would you like to do a practice test?
I have nothing, Sir. I don’t have money enough for a book. I have a rented computer and borrow books.
The man abruptly got up and went into a room behind them.

In a few minutes, he was out with a huge box. It was filled with CDs, books, practice exams – everything!

She had tears in her eyes as he gave it to her. She fell to her knees, crying out of gratitude and surprise. All she needed to do was knock at her neighbour’sdoor! If only she knew that what she desired was just next door.Until that day she had never spoken to them because she was trained not to get too friendly with neighbours.

Her first test came and went. A hundred percent, her score read.

Her second, third, fourth, fifth – every test that came her way was aced.

The neighbour, that kindred soul, helped her piece her resume. She was online one week, and then in a recruiter’s file the next. And before she knew it – she was already in a job. In the five years of recruitment, no one had the story She had. She was offered the job without an interview. She was an IT help desk technician.

She went to bed one day without money. Today, she made $15 an hour.

The sun had just risen on her empire.