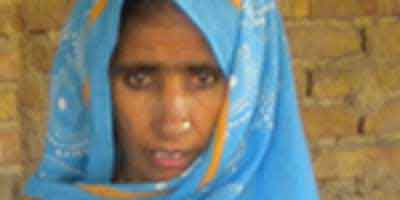 Story of “A Land Title”

This is one such story.

In the year 2008, the current government announced free distribution of government agricultural land among females of the area. District Khairpur was one of those districts of Sindh province selected for land distribution among women.

Ameer Zadi knew that there was an open kachary (public meeting) conducting by revenue officials (Muktiarkar) for free distribution of land among village females. She accompanied her husband went and went in the open kachary and submitted her application for a grant of land title. Luckily, she was one of those winners, whose names were selected.

She was very happy and excited, but she never imagined how difficult it is to get documentation for her land title.

The husband of Ameer Zadi is a farmer (share cropper) by profession; he never went or visited any government office in his life. To get possession and ownership of the land, he accompanied his wife and went to the Tapedar, Muktiarkar offices at tehsil level and the office of the district officer revenue at district headquarters, which is about 100 km away from their village.

They visited more than 10 times in those offices; during visits their cultivation suffered, and it was most difficult for Ameer Zadi to go outside and face the rude behavior of bureaucrats, with whole days spent waiting to meet concerned officials for a land title.

For two years she was fed up, tired, and disheartened by the negative response from revenue officials and continuous visits to them. The revenue officials demanded a handsome amount from her for grant of land title certificate, in case of failure to pay the amount she may forget about receipt of the certificate.

She already spent her money, took on debit for her visits expense – and she feared how they would return or pay the debited amount.

She and her family once again left hope in dreams.

In 2013, Sewa Development Trust Sindh (SDTS) under GEP-Gender Equity Project visited village Hazoor Bux Shar and met with women of village for grant of land title for their allotted lands. Ameer Zadi – one of the participants, shared her entire story with sorrow and wet eyes.

SDTS took action, met with one Tapedar, Mukhtiarkar and Executive District Officer-EDO revenue for grant of Ameer Zadi's land title; it was almost a three-month process. Sewa Development Trust Sindh also faced so many hurdles and difficulties to get certificates from the revenue office without paying a single penny except a legal fee.

Absolute Owner of Her Land

It was again a day of happy and excitement for Ameer Zadi when SDTS handed-over her land certificate of her 15-acre 24 Ghunta land wide survey number 1264 at the door-step. She didn’t believe how it is, and how to say thanks to Sewa Development Trust Sindh.

Now she is the absolute owner of her land, feeling proud and confident.

“It is my own land/property, I feel courage and my value and importance more increased among family; I feel very much empowered” says Ameer Zadi.

Ameer Zadi is now a symbol for other women of the area; this leaves a message for a community and society to claim their land titles.

Today, she is still living in her village and proud to be owner land legally documented and she feels secure for her children's future. She is farming her land.

For many others, the journey is continuing...