The women learn how to advocate for their land and housing rights, and take action against domestic and sexual violence.

Estrategia is based in Lima and works in vulnerable areas where people suffer from lack of land title deeds and rights and earth-quake affected areas, such as Chincha, Yauyos, and Cañete, in the south of Peru, and including the districts located up in the High Andean of Peru.

In Cañete Province, we work with a big group of displaced grassroots women who migrated to the San Luis district, to escape problems caused by the terrorism. These women were affected by the war started in the mountains of Peru, from the regions of Ayacucho, Abancay, Apurimac and Huanzavelica.

We develop housing pilot programs as part of the urban surroundings around the communities, formed by low-income families. We train them to become empowered in social and technical knowledge related to seismic and resistant construction, and to confront the problems caused by disaster hazards such as earthquakes – with the application of appropriate construction technologies in order for the women get the access to a safe housing. 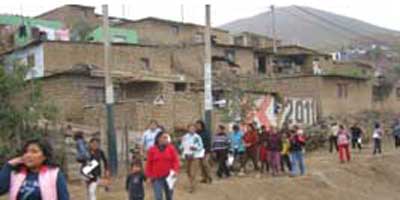 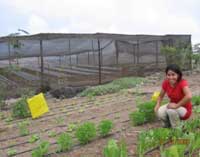 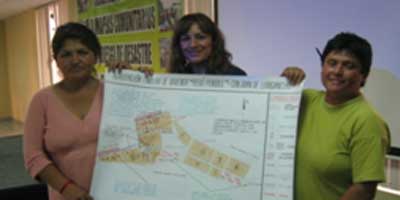 Mapping the community.IIn the Chocos district a major accomplishment was achieved in engaging authorities to solve land titling issues and creating a resilient community through the combined efforts of Estrategia, GeoHazards International, Stanford University, San Franscisco (USA), and the Catholic University of Peru, along with the grassroots women belonging to Mujeres Unidas para un Pueblo Mejor, a partner network of Estategia.

Training sessions were organized, which focused on the grassroots women's participation, and the strategies and tools built to advocate for the demand of their needs to the authorities resulted in allowing these women achieve important results.

The women used a public event, which was organized as a strategy, to engage the authorities and get their support to solve the community problems. The Housing Ministry, through their advisor, architect Nora Chacon, supported the Chocos community with the titling process. The participation of Housing Ministry was made possible by the state organization of COFOPRI (Formalization and Informal Property Committee) and was important for the people of the Chocos community, who received the land title.

During the event, the mayor announced a municipal order to start a demolition program for the collapsed housing in the community to avoid disaster risks. This was also important because approval of land sanitation in the community allowed people to get the land title.

Women and men of the community were also trained in seismic and resistant construction, using mud brick units and geomesh as reinforcement of the walls.

Also important was the training of children, who learnt about how to avoid earthquakes and other kinds of natural disasters and motivated their parents to improve their homes using seismic and resistant construction.

The mayor of the Chocos community is the first mayor in Peru to launch the rural community of Chocos as a resilient community as part of the UN Campaign, Making Cities Resilient1.

As recognition of the work done in the Chocos community, two indigenous women were selected to represent the community in the World Conference of Indigenous Women2 at the end of October 2013. 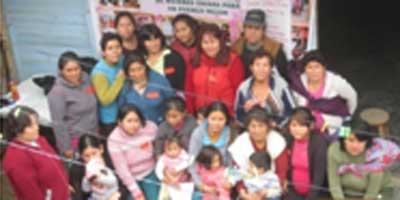