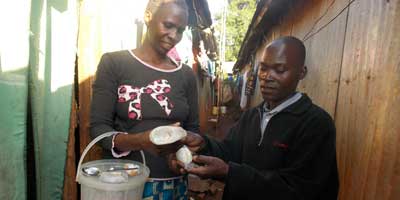 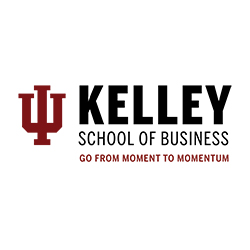 Due to unique accomplishments and progress in making the world safer for Women, Safe World for Women was selected by students of the Kelley School of Business MBA program, for special project support.

Kelley School of Business is a top 10 MBA school in the United States.

The MBA students recognized Safe World for Women as an organization that is making a difference in the world. The work they completed provided support in maximizing programs for success of women and Safe World Field Partners in many regions of the globe.

Safe World Field Partner, Compassion CBO, was selected by the MBA student team at the Kelley School of Business to help develop and adapt the business program, which was originally devised by the Power of Love Foundation.

Evanson Njeru, Founder of Compassion CBO, reports on the project

According to the Kenya national census of 2009 – of which I was an enumerator (someone who collects census data by visiting individual homes), the statistics released in November 2014 showed that 32% of households in Kenya are headed by women. The statistics were released through the Daily Nation, a widely read newspaper here in Kenya.

As a grassroots organisation, the idea of empowering one woman at a time is not only in line with the statistics but is in time and even long overdue.

The reality of many women as head of families only dawned in the mind of many Kenyans after the release of the statistics; now, beyond doubt there is a great need for empowering women.

Most of the women heading the families are poor and live in the slums and rural areas. Many men have died as a result of HIV/AIDS leaving sickly women to care for children. Most men don’t adhere to antiretroviral (ARVs) drugs or else completely ignore them – succumbing to death due to opportunistic diseases. Others are so much addicted to alcohol that they can no longer take care of the families, and the little money they get is spent in indulgence leaving the woman to shoulder the burden of the family.

We at the grassroots level had prior knowledge of the statistics and had already initiated programmes to empower women economically since 2010. As an enumerator in 2009 National Census, many houses I visited had women as breadwinners in the area of my jurisdiction in the Githogogo slum in Nairobi, which lead me to start organizing women into groups for economic empowerment after discovering the toils they went though to put food on the table for their families.

Help from MBA Students in the USA

Pilot study with JuliaA team of MBA students from Kelly School of Business in Indiana, USA, together with Power of Love Foundation, came up with a business training manual for Safe World for Women to be used to train women in developing countries (Africa) and elsewhere in the world.

The masters students, led by Sandy Sterling and Ginger Lirette, came up with a 62 page-manual.

Githogoro SlumFirst, I had to train one woman in Githogoro village during the month of August as a pilot phase to see whether it would be applicable.

Immediately after the training, the lady had already identified a business to sell eggs. The challenge came because the lady had no capital to start the business but when I broke to her the good news about a contribution of $100 from the Kelly team, she was more mesmerized.

Very soon, she identified a local dealer who sold eggs at a wholesale price and started with two crates of eggs; having bought them at the wholesale price, she was able to boil them and sell as a product to the neighbours.

Julia boiling eggs in her homeShe hawks the boiled eggs and she is able to cover an area of 1 square kilometer per day despite living with a disability. She has two young children living with her in the slum at her house of 10 x 10 square feet shape of corrugated iron sheets, for which she pays rent of $30 per month.

Julia (her real name) has kept the record every day of what she earns since the month of September. She makes a profit on average of Kes 300 per day, equivalent to $3, and with that she is able to buy food for her children. This is but an example of how a small amount of grant or loan can empower one woman.

Otherwise, it can take months or years, if not decades, for poor women who are the head of families to raise $50 or a $100 to start a small business which can bring a lifetime change.

The poor women there in the village or in the slum is determined to make a change and this can only be achieved by empowering them with knowledge through training and exposing them to grants and microloans, both locally and internationally.

Safe World for Women: A Business Planning Guide for Women

Evanson Njeru off to work with laptop: essential for business-training.Compassion CBO was one of two Safe World Field Partners selected to use the guide developed and adapted by MBA students from the Kelly School in collaboration with the Safe World.

The guide was designed to equip women with the training, knowledge and awareness they need in their pursuit of starting and managing a business.

In consultation with the grassroots - Compassion CBO, and also Congolese Female Action for Promoting Rights and Development (COFAPRI), a valuable business guide was developed, specifically adapted for grasroots women. The prototype business guide was first developed by the Power of Love Foundation. It was then adapted to include challenges often faced by women in developing countries.

The topics we covered were as follows:

The news of the training manual spread like a bush fire and most recently, we had a class of 20 women who graduated during the month of December 2014.

Each woman will be given a certificate of completion and profiled to make it easier for well-wishers to easily identify the women who want to make changes in life by starting new businesses or expanding the existing ones.

There is a call from many more women's groups who need to be trained.

During the training, I encountered the challenges of facilitation: meeting some basic costs like providing the materials for the training and making copies of the manual for each woman. Our goal is to train 300 women in 2015, both in the slums and rural areas.

One lady – even before the end of training, identified her classmates as potential customers and started selling tomatoes and bananas at the end of the lesson, which took place every Tuesday from 2:00 p.m. to 4:00 p.m. at the home of one of them.

Compassion CBO, which was partly involved in the early stages of developing the manual, is committed to see that as many women as possible are trained and empowered for self-reliability.

We believe in showing people 'how to fish' and not only how to fish but making a fishing hook.

Currently, we are involved in various projects in the slums and in rural areas where poverty is the order of the day. Our projects focus on food sustainability and economic growth. Without food sustainability, it's very hard to achieve economical growth.

We work with 20 different women's groups with about 200 women, and other groups are in the early stages of being formed.

During our training sessions we take that opportunity to show DVDs donated by Thare Machi Education in the UK, which cover a wide range of subjects including:

Women with CDs donated by Thare-Machi-EducationWomen whose husbands had problems with alcohol and smoking requested that their husbands watch the DVDs, so we allow them to play them for two days in their homes.

I don’t mind sometimes going in their homes for an hour with my laptop, during dinner, to play the DVDs for them since many have no DVDs players; this is a nice time - everybody is at home.

We have been having volunteers here locally – some are university students during their internship, but we have for the first time received an international volunteer from the UK since January 2015: Linnet Griffith-Jones, who is also Safe World's Executive Assistant & Outreach core team member.

We need expertise and we welcome those who want to volunteer and have first-hand experience of work on the ground. This includes working in the slums areas and sometimes in rural areas with natives, who for years have practiced unorthodox cultural practices like FGM [Female Genital Mutilation]. This has been going on despite many years of missionaries fighting the vice - and the government also trying to prevent it, but still FGM is practiced now clandestinely.

As I hold my pen to write this blog, four women and a circumciser were arrested for cutting their five girls aged between 8-13 years.

This happened in Embu County which borders Tharaka-Nithi, where FGM Is rampant. For many years, many people and NGO’s thought the war of FGM in EmbU County was won many years earlier – only to discover it's going on underground with the help of some people with medical knowledge - as it happened when a medical officer was arrested last year for making FGM a cash cow.

Having many women groups with various projects, we welcome different individuals, donors and sponsors to support different projects.

We are able to profile any group upon request to interested donors. The groups are the beneficiaries of Compassion CBO and are spread out in the slums of Nairobi – and some in rural areas.

Compassion CBO helps to organise and help women make small groups called “self-help groups”, which are then registered with the government of Kenya after meeting the rules and regulations as stipulated by the Kenyan Constitution and by the ministry of Gender and Cultural practices. The groups are composed of 10 to 20 Women.