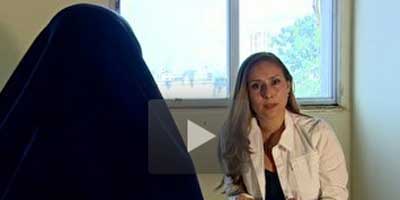 According to the UN, human trafficking for sexual slaves is the third most lucrative criminal business in the world, closely following drug trafficking and gun trafficking.

This “business” generates 31.6 billion in US dollars per year. The UN recognizes that almost four million  people are missing every year in the world –  mainly women and girls.

The United Nations estimates that there are 75,000 Brazilian women entrapped in sexual slavery, through human trafficking. Most are overseas, in Europe.

Mostly Poor – and of African Descent

In research made by PESTRAF (Pesquisa sobre o Tráfico de Mulheres, Crianças e Adolescentes para Fins de Exploração Sexual Comercial no Brasill), a public organization that studies human trafficking in Brazil,  Brazilians make up most of the women trafficked in the world. Of those Brazilians, most are of African descent and are between 15-30 years old – with the majority of them being poor, with not much education, unemployed, living with the family, and having children.

And, most importantly, they have suffered some kind of violence – within their families or outside, which makes them the perfect victims for the traffickers.

Recently, in a tv show called “Mais Você” – from “Rede Globo”, one of the most watched channels in Brazil, we learned more about a Brazilian woman talking about her sexual slavery.

Cristina (not her real name) was living in Manaus, Amazon, and lived for 8 months as a sexual slave in Rome, Italy. She came back to Brazil 7 years ago and spoke just this year, 2013, to a reporter, Daniela Abranches, about her story of horror and violence.

She was 29 years old when she was taken away.

She said that a man began talking to her at her school where she was studying a technical course in nursing, and offered her a job to take care of his mother –  explaining that she could study psychology in the meantime.

Cristina accepted...and so began her hell.

She went to Rome with the man; on the weekends, she was taken to “private houses” (as they name such kinds of house of prostitution) and she met a lot of other women at the same situation as hers.

She explained that they were put side-by-side and by a hole in the wall, so that as men passed by, they  chose which woman they wanted to have as a sexual slave. The women could not look at the men while they were passing by to choose one  to be  be exploited (explored).

The traffickers usually put the women's heads into a kind of guillotine if the women did something wrong or were rebellious (this was a kind of punishment); Cristina had her head on it sometimes. They also used handcuffs, and at the beginning, they lived without shower and food for some time.

Doping: One Syringe for Many

More than 200 women were there, and 20 died per day. When the traffickers learned that Cristina knew about nursing, they wanted her to inject drugs in the women –  just one syringe for a group of women.

Cristina said that they did not have control of who had SIDA (AIDS) and who didn’t.  They were sharing the same syringe!

“The worst moment was my first time as a sexual slave. I thought I would die at that moment,” Cristina says.

After eight months of exploitation and violence, she discovered that she had being sold to other traffickers in the USA. So, she started thinking about running away. At her first chance she didn’t get to, but then later, she did.

“After a night of sexual exploitation, we [she and a man, that could be her trafficker or a “client”, we don’t really know, she didn’t say it clearly] went to a flat; he was very drunk when I decided to take a look at his suitcase that he had all the time with him.

I found keys, photos, documents; I took it all and ran away to a church.  I talked to a priest and he took me to a couple of Italians who helped me run away and pass through other places, until I found my embassy there – so I could come back to Brazil.”

She reported the case even in Italy, and since she went back to Manaus, her case has been worked on by the Secretary of Justice in Amazonas.

“I'm Not Afraid of Anything”

“Today I’m not afraid of anything. I will be at the court without any fear”, Cristina said.

The man responsible for her trafficking was arrested when she reported the case in Italy, but Italian authorities released him; however, the Brazilian authorities did not know why it happened.

The Brazilian government has asked for more information from Italy about “Cristina’s” case.