Men: we can start a movement to stop violence against women 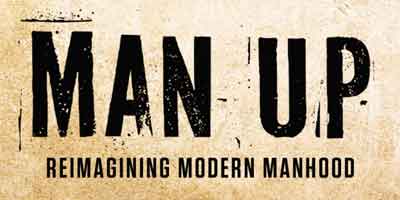 "Be That Guy" is a new campaign by the human rights organisation Breakthrough. It encourages men to speak up when they see violence against women in any form

Fellas, I'm tired. Are you tired? Aren't you tired of being that one-dimensional caricature of a man someone told you to be? The kind that is quick to use his fists, feels stuck and afraid but can't show it, the kind destined for prison or anguish or pretending to be anything less than our dreams. I am tired of us hurting each other, ourselves and women.

Because that's what the culture of masculinity that we've inherited has us do. It has us hurting.

Violence against women is the most widespread human rights violation in the world. It transcends age, race, religion, nationality, and class. In the US, every 15 seconds a woman is battered by a partner. And in public schools, 83% of girls ages 12 to 16 experience some form of sexual harassment. That's unconscionable. It might not be you or me doing the hitting or harassing, but guys, we are still responsible.

We are responsible because we belong to the current culture of manhood that allows this – a culture that says we can't show fear, we can't be wrong, and we are entitled to power over others, especially women. But that culture is wrong. And unless we actively work to change it, women will keep getting hurt.

And what are we afraid of? We're afraid of our fathers, our brothers, our friends, our potential to be our fullest, best, most authentic selves. We're afraid that we won't do a good job, that someone won't like us, that we'll look weak. We're afraid to say, "I love you", or "I'm sorry", or "I can't", or simply, "Hey, dude, can you please stop catcalling random women on the street?"

Like the time when I was 13 and some random guy tried to bond with me on the L train platform in Manhattan, as he ogled a girl passing and then looked at me to join in. I was in middle school, the man was maybe 35 and the person he was ogling was, at most, 15. I just shook my head and said: "Naw, man." The dude looked at me like I'd just set myself on fire. He looked horrified, stunned, and confused.

Or the time recently I was playing basketball with a friend. We were talking junk during a game of one-on-one and he called me a "bitch". I was like, "Whoa, dude. All joking aside, that's a word we need to stop using." He immediately apologized, and the moment became a discussion point for us later that night.

These everyday interruptions are easy and risk little, but they are also influential. They change the culture of how men engage and interact with each other. All we need is the courage to #BeThatGuy. "Be That Guy" is a new campaign by the global human rights organization Breakthrough. "That guy" knows street harassments and nasty comments are part of a dangerous culture and makes saying "no" to those behaviors – and to all violence – normal.

The men who hurt women – they're not who we really are. They're dark shadows of ourselves, the aching parts of us projecting out our pain, harming ourselves and harming women. It's time to let in the light on those shadows, exposing them for the true fears they are. It's time to break the rules of that culture and make a new one.

When I was 23, I got into a confrontation at a nightclub after accidentally bumping into another man. Just as we were about to fight, my eyes inexplicably welled up with tears. Everyone jumped back, as if my conspicuous emotion was the craziest thing they had ever seen, as though my vulnerability was a grenade dropped in the middle of that room. It was then that I realized that my life-and-death stakes performance of being a man was a path leading to my own destruction. It inspired me to write my memoir, Man Up: Reimagining Modern Manhood, and dedicate my life to trying to diffuse the walking time bomb of destructive masculinity. It starts with interrupting and changing the way we bond as men, creating a new culture of brotherhood.

By challenging male conformity we put the onus of ending violence against women where it belongs – with the men who perpetrate it. The solution isn't just to stand up for women, it's to hold men accountable. We can do that one moment at a time – on the sidewalk, in the subway, at the dinner table, at the game, on the bus, at the bar, with ourselves.

So yeah, man. Want to start something?

Let's start a movement – a movement of men who aren't afraid to stop violence against women.

Carlos Andrés Gómez is a writer and performer from New York City.

He is the founder of Man Up Moment and author of the book Man Up: Reimagining Modern Manhood.

He has appeared on NPR, MSNBC, HBO, and in Spike Lee's Inside Man.