Prostitution in Israel - 'prosecute the client' 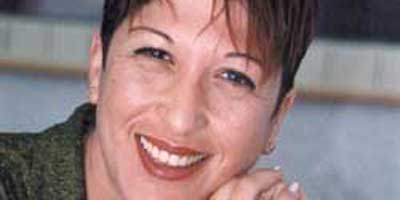 In 1998, Roni was elected as a member of Jerusalem’s municipal council, and for 5 years was the head of the non-affiliated faction, Ohavie Yerushalaim (those who love Jerusalem), which acts mainly on behalf of all the city’s children and youth.

In 2003, she was the first woman in history to run for the mayor of Jerusalem.

Today, Roni leads the Task Force Agents on Human Trafficking in Israel, and dedicates herself to promoting children's and women's social issues.

By Roni Aloni Asdovnik - Translated by Irit Hakim. May 2011

Prostitution is an industry which trades in the sexual abuse of women and children.

Attempts by countries around the world to eliminate this industry seem to fail as it grows day by day.

As with any industry, demand encourages supply. Power is given to the suppliers of this trade through the millions of dollars spent by ‘consumers’, so the benefit of the existence of a meat-market to the suppliers far outweighs the risk involved in supplying it.

Another problem with eradication of the trade is the distinction between trafficking women and women who are working as prostitutes.

We must understand that there is no difference between a woman who is being trafficked because of financial debts and a woman who sells her body to pay for food for herself or her children.

It's time to realize that there is no woman in the world who is freely working as a prostitute.

Any woman who is working as a prostitute is a woman who is being trafficked, regardless of whether she is a slave for one hour or one year.

Any deal made over the abuse of a woman's body must be recognised as a criminal offence.

The prostitution industry has three levels; the pimp, the prostitute and the client.

There is, however, one simple solution to eradicate the prostitution industry that, until now, no country has used: prosecute the client.

A SIMPLE SOLUTION: PROSECUTE THE CLIENT

Prosecution and subsequent imprisonment of all clients is not the solution, but shame brought about by naming and fining and charging the clients as criminals must surely cause them to think twice before endangering their good names and fortunes.

Funds received from these fines could automatically be placed into funds for the rehabilitation of women who survive by working as prostitutes.

This solution is reasonable because the client is the one who generates the demand for the "product".

The client is paying for the rape yet he is not classed as part of the criminal world like the prostitute and the pimp.

At present, it is not uncommon for a prostitute to have her penalty doubled because of her supposed free will to engage in prostitution and so tempt clients. This legality is the result of ignorance and dark hearts.

WHO ARE THE PROSTITUTES?

Research conducted throughout the world reveals that almost all prostitutes are victims of sexual abuse in childhood.

Of the 20,000 prostitutes in Israel, 95% are victims of incest and sexual abuse.

93% of women do not engage in prostitution by choice, but do so because of coercion by their husband or a pimp.

In other cases, women turn to prostitution due to economic hardships. At times there are no other employment opportunities for them to take.

Many of them grew up in dysfunctional families, and suffer severe symptoms of post traumatic stress disorder that lead them to a life of prostitution, without chance of rehabilitation or recovery.

The women who do manage to find a way out of this life usually suffer severe physical and mental problems, and require expensive medical treatments.

According to studies about a third are left with chronic mental disabilities and are being treated by Civil Welfare.

The question to be asked is this:  Should we continue to institutionalise the misery of these poor women and children or has the time come to lift them out of their mud and shame?

WHO ARE THE CLIENTS?

According to data of the Knesset, Israel, about 1 million men are using prostitutes every month. Israeli clients pay between 150-300 NIS to visit a brothel.

There is no single client profile of a prostitution client.

They come from a broad cross-section of the public, from different races, cultures and religions.

Most do not have other links to the criminal world.

THE ECONOMY OF PROSTITUTION

Israel’s sex industry feeds $2.4 billion a year into the pockets of pimps and distributors who do not reveal this as taxable income.

That is a loss to the economy of a billion NIS.

In contrast, Sweden, the United States, Italy, Ireland, Canada, France, and others have now proved that prosecution of prostitution clients can boost the economy.

In Sweden punishments range from fines equivalent to 50 working days income to imprisonment for a period of up to six months.

In addition, various acts are taken against clients including: confiscation of vehicles, publishing the names of the clients in the press, and more.

Parliament Research Center reported that during Sweden's first year of implementation of these laws, there was a decline in the number of prostitutes in the streets of the three largest cities.

Following the drastic decline in prostitution – as with all interlocking tools, street crimes, fights, property offences, drugs, and gambling offences were all reduced.

Policymakers would do well to examine the trafficking industry through economic eyes – and remember the foundations of economics.

Supply does not create demand.

Prosecute the clients and demand will not be high enough to create the supply.