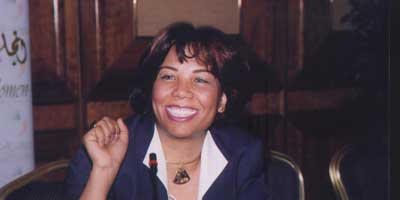 Azza Soliman was aquitted, along with the 16 other defendants.

How wonderful it is when we read headlines with the names of those brave enough to stand up for others and fight for their rights; we always praise and respect such people.

However, these courageous individuals often face threats and injustices and we need to do all we can to prevent such abuse and harassment.

Ms Soliman was eyewitness of the Shaimaa al-Sabbagh’s killing during a Socialist Popular Alliance Party demonstration at Talaat Harb Square, and went to the court to tell the facts about it, which we can read in the WHRD article:

“In addition to Ms. Soliman, Nagwa Abbass and 15 members of the member of the Socialist Popular Alliance Party who witnessed the killing of Ms. ElSabbagh have been charged with unauthorized protesting, and breach of security and public order.”

The eyewitnesses find themselves being on trial facing five years of prison and a fine of 50,000 EP. Ms. Azza Soliman arrived at 19:00 hrs. to the public prosecutor’s office and they made her wait till midnight to testify.

The crackdown on human rights defenders in Egypt is not new. According to a Human Rights Watch 2015 Report, since Morsi’s ouster a year earlier authorities had arrested 22,000 people, most if not all suspected supporters of the Muslim Brotherhood. According to the Egyptian Center for Economic and Social Rights, more than 41,000 people were arrested or faced criminal charges between July 2013 and May 2014.

We stand with Azza Soliman and we appeal to all the competent authorities, organizations and people to help prevent yet another voice being shut down. It’s time to raise our voices too and do everything we can in our power to stop such actions.

What can YOU do about it? Please sign and share widely the petition to avoid another innocent of being imprisoned.