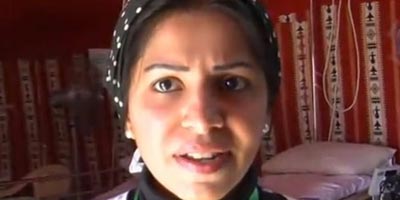 Twenty Bahraini medics who treated activists wounded during anti-government protests were jailed for between five and 15 years in sentences that were immediately denounced by medical bodies and human rights groups around the world.

The sentences were handed down by a military court set up to handle the trials, which stemmed from an Arab spring-inspired uprising in the country in February and March. It was crushed with the help of armies from Saudi Arabia and the Gulf states. Thirteen of the doctors and nurses received sentences of 15 years in prison, while another seven received terms of five to 10 years. 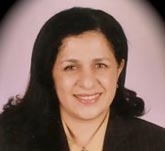 Dr Rola al-Saffar is the head of Bahrain's Nursing Society and Professor at the College of Health Sciences.  She was detained in March after treating injured protesters at Salmaniya Hospital. She was released on bail at the end of August and was yesterday sentenced to 15 years in prison.

All of the accused were charged with committing crimes against the state, during an uprising they insist was peaceful and popularly inspired.

Most worked at the Salmaniya Medical Centre in Manama, which became a focal point of the tiny Gulf kingdom's uprising. Government officials claimed it had been transformed into a base for a plot to overthrow the 200-year-old monarchy.

The formal charges were for stealing medicine, possessing weapons and occupying a government hospital. The medics were also accused of "inciting hatred to the regime and insulting it, instigating hatred against another sect and obstructing the implementation of law, destroying public property and taking part in gatherings aimed at jeopardising the general security and committing crimes."

The doctors, all of whom denied the charges, were among dozens arrested for joining protests led by Bahrain's Shia majority against the government headed by the country's ruling Sunni minority.

Amnesty International described the sentences as ludicrous. "It appears that the real reason for targeting these health workers was the fact that they denounced the government crackdown on protesters in interviews to international media," said the group's Africa and Middle East deputy director, Philip Luther. "The ruling government clearly wants to send a message that anybody perceived as advocating political reforms will be dealt with severely."

Several of the doctors, interviewed by the Guardian this year, say they were cast into a political role by an increasingly violent crackdown launched by government troops in mid-February in an attempt to oust protesters from their hub in central Manama — a roundabout then known as Pearl Square.

A medic who was sentenced on Thursday said the events of 17 February – a particularly savage assault on the roundabout – had changed the nature of the uprising.

"That day changed my life. I felt bad seeing my own people treated like animals.

"In April, my fears came true and I was taken from my house by more than 30 masked men with guns in front of my son, whom I had to leave alone.

"I was physically and emotionally abused, blindfolded and handcuffed. They beat me – with their hands and legs, with a hose, and gave me electric shocks. They threatened to rape me. They threatened to kill me so that I would confess to false accusations. I was sexually harassed and humiliated."

It was very quick today at the court. Our lawyers asked us not to be present because in case if we get verdicts they will take it into action and they will pull us in.

So my family went to the court. It finished so quickly. They just read the verdicts and it was very shocking and irrational. We (inaudible) through the Twitter, through the Facebook, just shortly before the people came out of the court and spread it.

No matter what evidence and documents and witnesses we gave to the judge, nothing seems to work.

My lawyers tried to grant me the permission to speak to the judge and say what happened and he refused to listen to us. Even the hearing sessions, before the sentencing, it was cancelled.

Our lawyers, they were not allowed to go and submit it verbally. I mean the judge asked for everything in writing. All these points are in valid to them. Still they carried on and they gave me 15 years for that charge.

I'm still shocked. Everybody is actually. It's beyond reason. It's very irrational. Most of us were very shaky after hearing the verdict.

I still can't believe it. I mean why? The question is why I was sentenced for 15 years just for helping injured people? I did crimes against the state, what crimes?

(On explaining the news to her two daughters.)

They're already very much traumatised from the way I disappeared the last time. Their mother was gone for two months and they didn't know where I was.

I cannot announce that news to them. They don't know what's going on. One of them is eight, the other one is six plus. It's too hard. They will not understand.

I need to sit with their father and we need to decide what's the proper thing to do. I really don't know.