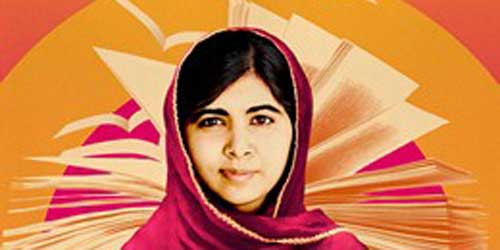 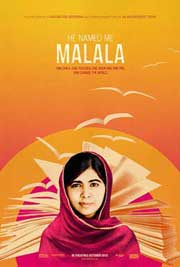 Ever since the young school girl was shot by the Taliban in 2012, Safe World for Women has followed this story closely.

It was a great privilege, therefore, to be invited to attend a private pre-launch screening of the film ‘He Named Me Malala’ in London earlier this year.

As someone who holds Malala’s story close to her heart, I loved every minute of the film. My friend who came with me, on the other hand, knew very little about Malala Yousafzai. By the end of the film, however, she told me that she was so inspired by the story. The film is therefore a must-see for everyone, and here are the reasons why:

1. Hear the amazing story of how Malala got her name, and the beautiful synergy between her and her namesake.

Malala’s father chose her name as a tribute to the warrior girl of the same name, who inspired a whole nation to fight for their independence through her powerful speeches. The amazing story of how a girl truly lives up to her name, ‘He Named Me Malala’ is an unprecedented insight into the life of a schoolgirl whose voice has become one of the most powerful in the world.

2. Learn about the powerful story of Ziauddin Yousefzai, Malala’s father. Learn about how it appears that Malala was always destined to be the voice of the people in Swat, Pakistan.

Ziauddin Yousefzai has an incredible story of his own, and the film acknowledges this by teaching us about the man who instilled the value of education in his children. Ziauddin overcame his own fears and a life-long stammer in order to stand against Taliban tyranny. Alarmed by the tiny proportion of school-aged girls being educated in Swat, Pakistan, Ziauddin started his own school which broke the norm by encouraging learning for both boys and girls.

It was here that Malala fell in love with learning. It was during her early years that she was given the rare gift of a safe environment to develop her mind, and it is these experiences which inspire her to fight to provide this for every child across the world.

3. An exciting opportunity to see the incredible story of how one brave girl changed the face of the global campaign for girls' education played out on the big screen, as well as the horror she endured before becoming a household name.

It is fitting that the mighty story of a young girl’s courage has made it onto the big screen. Malala was targeted by the Taliban for speaking out against the oppression of girl’s rights and defying their rule by continuing to go to school. Her story made international headlines when, tragically, her and several of her school friends were shot on their way home from school. The bullet was inches away from killing Malala, and along with it her dreams to build this defiant campaign. Instead of stopping her, however, the Taliban’s attack brought the plight of girls in Pakistan to the global stage. People worldwide have been horrified and outraged by the attack on innocent children, and this has propelled this issue into the limelight.

4. To get a rare insight into the life of an extraordinary young woman. Not only her ground-breaking advocacy for girl’s and children’s rights, but her everyday life, including adjusting to life with her family in the UK.

Among the drama and fame now characteristic of Malala’s life, it is easy to forget that this is also the life of a young girl, who, in her own words, just wants a normal life. The film follows her transition into an English school, and allows us to get to know this funny, charming, and somewhat shy young woman on a personal level.

5. Be inspired by the story of a girl from a small village in Swat, and watch how she juggles studying for her exams in the UK with addressing the UN.

In her address to the UN, Malala gave her iconic speech: “One child, one teacher, one pen, and one book can change the world”. As we see in the film, however, this is the sort of event that has to be fitted into Malala’s schedule alongside studying for her General Certificate of Secondary Education (GCSEs). Malala lives true to her values, and rather than letting her newfound fame go to her head, she studies hard, determined to adapt to learning new subjects in a new language.

Malala knows better than most the cost of education for so many in the world, and refuses to take her opportunities for granted.

6. Enjoy the beautiful cinematography and imagery created by the film’s producers.

The film is truly beautifully made, and the graphics which accompany the stories of Malala and her family bring their world to life. For many of us in the Western world, it can sometimes be hard to fully appreciate the everyday realities for those living under harsh Taliban rule, especially with a story as powerful as Malala’s. The film is conscious to this, and its creators have clearly worked hard to portray these realities in a visually stunning, but also educational way.

7. Witness Malala travelling to visit children in Syria, whose lives have been turned upside down by the brutal civil war. See what help is being given to them, and the importance of children in refugee camps still getting access to education.

Malala is an advocate for children everywhere. It is therefore unsurprising that the plight of thousands of Syrian refugee children, whose lives have been torn apart by civil war and the rule of ISIS, is something she feels strongly about. It is crucial that we don’t forget the small voices who are too often drowned out by political and ideological conflict.

8. See Malala make the journey to Nigeria in the wake of the kidnap of over 200 school girls by militant group Boko Haram. Understand how girls and children worldwide too often become the victims and targets of terrorist activity and international conflict.

The kidnap of the school girls is another story that caused international shock. Sadly, as is all too often the case, the story of these girls has slowly slipped from news headlines, and so too public consciousness. Watching Malala go and visit some of the parents of the victims reminds us of the horror that has been inflicted on these families, and the abuse of children by terrorist groups in order to create fear and desperation. No-one is more innocent than school children, and yet in Pakistan, Syria, Nigeria, and in so many other places, they are amongst the first to fall victim to extremist regimes and warfare.

We must not forget them, and we must not let these attacks go without international condemnation.

9. Learn about how Malala is an extraordinary individual, but her experiences are sadly far from uncommon.

Malala tries hard to be an ordinary teenage girl, and much of her life is that of one: thinking about having a boyfriend, trying to do well at school, keeping her brothers in check. The world sees her as an icon, but as she says in her own words, her story is important by virtue of the fact that it is not an extraordinary one. All girls in Swat, including those also attacked by the Taliban, are born into a society which expects them to become homemakers, and scorns them for wanting to go to school.

10. Understand the sacrifices the Yousefzai family have made as a whole in order to bring the campaign for girl’s education into the global spotlight. Learn how we can all support the work of the Malala Fund in order to bring Malala’s vision for education for every child into reality.

Although it is fortunate that Malala and her family have been able to escape Taliban persecution by moving to the UK, it has meant that the Yousefzai’s have had to uproot their whole lives, leaving family, friends, and a whole life, behind.

Malala continues to undergo regular physiotherapy to help her recover from her attack, and at times everyday life can be a struggle. Malala’s mother has perhaps had the most difficult time adjusting to life in the UK, coming to terms with learning a new language and a very different culture. Despite the hardships they have all faced, both individually and as a family, it is truly touching to see their resilient spirit and defiant optimism shine through.

Malala refuses to wallow in self-pity, understanding that the attack she was a victim of has happened to people before, and will likely happen to someone else in the future. Her advocacy work is helping to make this likelihood less and less.

‘He Named Me Malala’ is an inspirational depiction of Malala’s journey from schoolgirl to global figure, and shows just how well she deserved the honour of the Noble Peace Prize. We can all contribute to the fight to protect children everywhere by supporting the work of the Malala Fund and other such organisations, to help make the dream of education for every child a reality.

More about the film: www.foxsearchlight.com/henamedmemalala