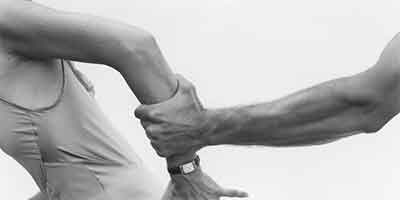 PLANS to deal with some domestic abuse cases outside of court are concerning, a women's charity has said.

Police Scotland Chief Constable Sir Stephen House has suggested that some abusers should go on counselling or relationship guidance courses to change their behaviour rather than all cases being sent to court.

Scottish Women's Aid said the risks in pre-court diversion are "too high" and that support networks and risk assessments for victims are not robust enough to make it work.

Domestic abuse crimes should be dealt with in court like any other serious crime, the charity said.

In a newspaper interview today, Mr House said: "I don't believe every domestic abuse incident needs to go to court. There are a great many that could be diverted into counselling, relationship guidance or in some instances behavioural change just to help people cope.

"But my officers have got to act on every case. What we cannot do is continue to do what we had done for decades, to just hope it will go away.

"I think it is uncharted territory - if people are diverted before or at court, or sheriffs divert people to mandatory courses, I would be happy to take part in an initiative on this.

"We need to try it and see but there will always be a proportion of perpetrators that need to go down the custodial route.

Scottish Women's Aid manager Lily Greenan said attempts to deal with domestic abuse outside courts in the 1980s and 1990s failed, with charities successfully lobbying for them to be stopped.

"For a lot of women, they want the behaviour to change. They don't necessarily want the end of the relationship; sometimes a bit of support from another agency can help women to see more clearly what they want to do. But the bottom line is if a crime has been committed then court is what we have and why should domestic abuse as a crime be dealt with any differently than any other crime?

"If pre-court diversion was being talked about in relation to other criminal offences of the seriousness that we're talking about with domestic abuse then I would be less concerned, but at the moment I have some concerns about where it is coming from and what we're really talking about and I would be extremely wary about supporting calls for pre-court diversion in relation to domestic abuse in Scotland at the moment.

"I'm not saying that's not where we might end up in the future but I don't think that we have everything in place in Scotland to be able to make that kind of approach effectively, and therefore I'm quite concerned about this gaining progress."

Government statistics released last week show that domestic abuse cases increased slightly over a year. Police recorded 60,080 incidents in 2012-13, up from 59,847 in the previous year, at a time when the problem is described as a "top priority".

Of the total, three in five cases involved repeat victims of abuse (61 per cent), about the same proportion as in 2011-12.

Concern was also raised that there were 2,592 occasions where people had each reported 11 or more incidents to police in the past.