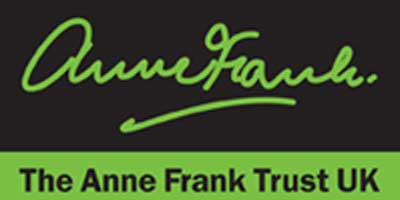 Joy. Volunteer with the Anne Frank Trust Prison Project, writes about her life.

Six years ago, my life was going in a totally different direction. I was a qualified Nurse, and used to work very long hours. I had little time for myself, so my focus was constantly on work and rest.

Then I ended up in prison, which changed the course of my life completely. Life in prison was a shock to my system. In spite of this, I decided to start building my future. There was no chance of me ever practising as a nurse with a criminal conviction and the prospect of going back to studying again was not something I had considered up until then. But I had a long time to serve.

I embarked on studying with the Open University (OU), registering for a BSc Hons in Psychology. My choice of subject was inspired by wanting to understand what caused the behaviour that landed me in prison. I’d always been fascinated by human behaviour and wanted to learn more about what motivates certain actions, especially those that are viewed as ‘abnormal’. My first year was funded by the Prisoners Education Trust*. I did well and continued with my studies, now being paid for by the OU, as they award grants to people who are not in a position to pay their own tuition fees.

Alongside my undergraduate studies I also attended the education department and did short courses in computing, word-processing, communication skills, etc.

I decided I’d further my studies to become a forensic psychologist. After four years of studying I was working in the education department as an administrative assistant. I had worked as a prisoner representative for race relations, equality and diversity and learned much about different cultures and the need for understanding and integration. I was very open and always got involved with programmes and projects, so when I was asked if I wanted to take part as a guide, on the Anne Frank Exhibition, I accepted straightaway!

I was trained as a guide and for the following week, I took prisoners and staff around the exhibition, telling them about the history of Anne Frank and her family; and their experiences of discrimination and persecution during Nazi rule in Germany, during and after the 2nd World War.

I must admit that during the training I was shocked to learn what had happened to ethnic minorities in those days. I’d heard about the Holocaust and Auschwitz, but not in great detail, and admittedly, I took no interest initially.

The Anne Frank prison exhibition enhanced my outlook on community cohesion. I was moved, but felt guilty at the same time, that I had never taken an interest before. I enjoyed the experience, but it touched me deeply as I could see an association between what happened then and what is happening around the world today. I originally come from a country where people have been, and are still being, tortured, raped, persecuted and killed in tribal rivalry, and for exercising their legal rights to choose political affiliations. I can relate to the horrors that are talked about in the story of Anne Frank, because of what I have experienced, even though not to the extent of the Holocaust. It is inexcusable. The exhibition made me question my moral standing and responsibilities to society and humankind.

After the exhibition I carried on as usual, but I knew something in me had changed! A couple of months later, I was approached by someone from the St Giles Trust/ Job Centre Plus, and they asked if I would be interested in taking up a job with the Anne Frank Trust UK. I was due to be released from prison in a few weeks so I was excited about the prospect of starting afresh, doing something I loved.

I was also excited about working for the Trust because of what they stand for, and the relevance of their work in the wider community. I was thrilled just to be a part of that and contribute something to educating others.

After being released from prison, I had a lot of commitments. Having been away for so long, I had to learn how to do things again. A lot had changed and I had to learn fast and re- integrate into society. It was a challenge but it had to be done.

The prison system is paralysing in a way. They do pretty much everything for you. You lose touch with basic life skills, so it’s hard to start learning to do things again. For instance, when I was in prison, the Education Officer was the link between me and the OU. He used to take care of everything to do with my studies, registering for courses, applying for funding, filling in the forms, etc. Most of the time, I only had to put my signature on it.

Now I was in a situation where I had to do all that myself. I had to update my record with the OU, activating the email account, which I had never used because I had no email access in jail. I wasn’t exempt anymore from handing in my assignments electronically, and I had to learn all that myself. When I had almost put everything in place, and felt I was halfway to functioning as a normal person should, I was ready to take on my role with the AF Prison Project.

I was still excited and enjoying the experience, but with the transition from prison to work, I soon realised I had to learn to balance out work, study and attending other important programmes. That said, I wouldn’t change anything about my life now.

The AF Prison Project is very relevant in my life. Even though I won’t be pursuing forensic psychology anymore, I still get the chance to help make a difference by taking part in the prison project. Not only that, but I’m in my 5th year of study now and am doing Social Psychology, Critical Perspectives on Self and Others, and it covers a range of topics which I find useful in everyday life and in my line of work. The bigger picture for me is that I can be a part of something integral to our society at the moment, and help educate people and make a difference.

I never thought people learned anything in prison. I didn’t realise that there were facilities for people to learn while they are in prison. I made a conscious decision to make use of whatever was available to me, to improve my chances of being employable again by going into higher education. Even though years ago I had no plans to further my studies, now I intend to go on to do a Masters Degree, as well as a PhD. I’ve discovered that I enjoy leaning now, more than ever, and I just want to carry on!

* The Department for Innovation, Universities & Skills (DIUS) channels funds through the Prisoners Education Trust to fund awards for the first year of OU courses for prisoners.