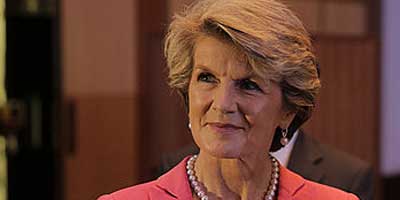 The Question of Self-representation. Should Women be Represented by Women?

Who has the right to represent Australian women?

Is women’s representation a right that must be reserved for women only? Or has the gender debate moved into a post-modern discussion where it is acceptable for men who are genuinely concerned about women’s rights to represent women?

Self-representation is an essential aim of many feminist movements. The fight to securing legally and politically recognised agency and freedom of bodily autonomy have spanned centuries. Women’s rights have really only been recently won and many women around the globe continue to suffer from unrecognised rights and freedoms.

Presently in Australia, a man represents women’s rights in federal politics. Prime Minister Tony Abbott is the women’s minister of his Liberal cabinet. The role of minister for women has been in operation since 1976, and from 1983 until 2014, it was a position held only by women.

The immediate issue Abbott’s position raises is whether or not a man should have the right to represent women. Is Abbott’s self-elected ministerial position a sign of society moving forward into a space of equality or is it a symptom of a greater problem: women’s rights are a tolerated farce?

Under-representation of Women in the Cabinet

The issue is complicated by the lack of female representation in Abbott’s cabinet. Australian foreign minister, Julie Bishop, is on of only two females in Abbott’s cabinet. Further, Bishop has a significantly greater public profile than her one female colleague, rendering Bishop on of the most politically powerful woman in Australia. When questioned about what gender challenges may have affected her professional life and role, Bishop replies she is “no feminist” and that she does not find feminism a useful term. As for that glass ceiling, Bishop argues her presence in the cabinet should be sufficient evidence that it does not exist.

Abbott's Message for 'The Housewives of Australia'

“What the housewives of Australia need to understand as they do the ironing is that … their own power bills when they switch the iron on are going to go up.”

'Doing the Right Thing by Families'

“Well, you know, it’s very important to do the right thing by families and households and, as many of us know, women are particularly focused on the household budget and the repeal of the carbon tax means a $550-a-year benefit for the average family.”

Insofar, Abbott has not pushed the feminist discussion forward in a constructive manner. Abbott is limiting women to what he perceives is their primary function: domesticity. Moreover, by failing to reflect on the gender imbalance in the cabinet, Bishop, too, is failing to adequately represent the views of Australian women.

What does the structure of cabinet tell the rest of Australia about the role of men and women in political decision-making?

The recent University of Tasmania student elections demonstrate how the views of Abbott and Bishop are working to break down discussion and progress in the gender debate regarding the representation of women.

In the Tasmanian University Union Northern Student Representative Council (SRC North) by-elections 2015, James Ritchie was elected as women’s welfare officer beating one other female candidate. This is not the first time this has happened at the University of Tasmania.

The position description states candidates must statutorily declare they identify as a woman. Ritchie; however, is very much male. Moreover, the wrong position description was deliberately used. This factor affects his ability to perform as women’s officer, for example his gender blocks his attendance at the 2015 Network of Women Students Australia (NOWSA) Conference, a women only event. Who does this discriminate against?

Ritchie’s election caused uproar. The University of Tasmania’s Women’s Collective organised a petition to force Ritchie’s resignation on Change.org amassing over 800 signatures in one day. In response, Ritchie voluntarily resigned from the position, stating:

“Contrary to what people may say, I do this with a heavy heart and believe there are no winners from this situation,” he wrote. “I am genuinely saddened that some people can spend so much time and effort arguing about who should hold a certain position, yet fail to recognise the ability of that person to break down barriers and use solidarity to enact positive change.”

Is Ritchie sincere? Do women need to move on and aspire to equal representation across equal genders? What is the role of men in the women’s movement? Ritchie continues:

“Of course we need female leaders and female representation but if men are unwilling to show leadership and support women in the challenges they face, how can we really expect to address these issues holistically.”

Abbott’s cabinet is important because it allows men to consider if and how they represent women.

In many ways, encouraging Ritchie to resign did not empower women. Rather the Tasmanian University Union elections only served to reinforce the “bra burning” image of feminists:

“Yesterday we let feminist bullies bring down a young man who was trying to help further the very thing feminism is supposed to fight for – women’s rights.”

Writing with a focus on democracy, Sorella hones in on that Ritchie was fairly elected. Drawing in on the distinction between Ritchie’s election and Abbott’s self-appointment, Sorella argues Ritchie’s resignation is a blight of the problem of extreme feminists and not a result of how Abbott’s cabinet influences the political representation of women across Australia.

Failing to recognise the broader picture, that the federal representative of women affects overall trends and treatments of Australian women, the Aphra mag article broadly brandishes all feminists as overused bullies.

Ritchie’s appointment and resignation should be a time for reflecting upon how men can support the women’s movement. Aphra Mag diplomatically released a pro-feminist article regarding Ritchie’s appointment. However, this just put the blockade back up:

“We don’t ask abusers or oppressors to advocate for their victims in any other area of modern society and I can hear you crying #NotAllMen but it’s not about individual men, it’s about a long evidenced, undeniable pattern of the oppression of women under male dominated societies. How many more times do I need to say it?”

Women’s representation in Australia appears to be going backwards into a divisive “us and them”, not forwards.

All this shows is that the gender debate is being taken out of gender and into politics.

Men are not going to magically disappear and, while humans exist, nor are men going to stop interacting with women.

Should women have the exclusive right to represent themselves? Or is Australia capable of moving into a post-modern world of gender equality where men are part of the gender debate?

What Ritchie has shown is that there is not currently a role for men in women’s representation in Australia. Perhaps this should have been evident from the reaction Abbott has received. However, Abbott has blundered his way into an important issue: can women’s representation begin to move into a new arena where men are non-threatening? Perhaps this is idealistic, but the #HeForShe campaign is not without some merit.

Abbott and Ritchie demonstrate that Australia is plagued with problems of adequate representation. The fractures however, are encouraging. Although narrow-minded politicians like Abbott and Bishop break down the role of men in the women’s movement, the backlash is strong and swift and comes from both genders.

The real problem is in opening a dialogue or space where the sincerity of Ritchie’s approach can be considered. No, men should not, at this stage of gender liberation, have the exclusive right to represent women. Abbott’s cabinet and his destructive comments regarding the carbon tax show that patriarchy is still deeply entrenched in Australian political leadership.

The structure of his cabinet confirms this: women cannot have a role at all if they are not represented at the highest levels.

The Issue of Needing a 'Women's Minister'

In an ideal world, women do not need to be restricted to women’s representative roles but be included fairly across the board. This might serve to eventually remove the need for a women’s position. Until that day, women such as Bishop who are a minority in their government but who reject feminism only confirms that much work needs to be done in understanding and representing Australian women.

Does excluding men lead to a constructive dialogue for both sexes?

No it does not. Australia needs to explore how men can be a part of the process of women’s representation so that eventually, women’s issues are a non-exclusive, non-threatening, and empowering concept with broad participation that does not antagonise the genders.

Aphra Mag - Setting the record straight: Autonomous representation and the University of Tasmania