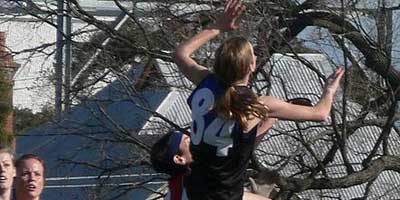 “It will give us a fairer taxation system.
It will cut our income tax.
It will strengthen us in the world.
…
Together, we can move Australia forward.”

Enforced two days after Howard’s address, the 10% surcharge was slammed on the bulk of Australian goods and services in an attempt to lower budget deficits. Though many families were expected to suffer an extra $40-$50 per week in normal household costs, due to the GST, the blow was softened with claims that the GST would lower income taxes.

What the GST included and excluded in the tax scheme, however, continues to be controversial.

The GST labels sanitary items as luxury goods, rendering them taxable. The GST placed on sanitary items in Australia determines that in her lifetime, a woman will spend up to an additional $1000 on female hygiene. This, compounded by statistics such as the fact that women in Western Australia earn up to $24,393 less per year than their male counterparts.

The debate exploded in January 2001, when Australian women realised that although sanitary items are taxed as a luxury item, under Subsection 38-47(1) of the GST legislation, health items such as condoms, (including femidoms and the IUD), and personal lubricant remain tax-exempt.

In 2001, in a conversation with ABC’s Triple J, radio host Adam Spencer interviewed then health minister Michael Wooldridge on the labelling of menstruation and menstrual cleanliness as a “luxury”, he said this:

Michael Wooldridge: “As a bloke, I'd like shaving cream exempt, but I'm not expecting it to be.”

Reporter: “Well, condoms are exempt though.”

Sanitary items enable ovulating women to maintain a standard of health and hygiene during menstruation. Involving blood and personal discomfit, menstruation is a health issue, which can be physically debilitating for many women. It is difficult to accept that sanitary items are a luxury and Australian women should consider the availability of sanitary items a privilege.

The tampon tax debate was reignited in 2013 when Sophie Liley, a student from Western Australia, took the debate online:

"Charging women as a direct result of their basic biology is hugely and fundamentally sexist - especially given that condoms are classified as GST-free, essential health products while sanitary items are not.”

The tax on sanitary items is thus an economic choice based on the valuing of bodies and bodily functions. Condoms and sanitary items both concern physical issues tied up in the medication and hygiene standards of Australian reproductive health.

The difference, however, is that menstruation, unlike condoms, only affects a portion of the population, meaning that the value of menstruation is open to change, and tax.

Condoms and commodities promoting reproductive health are inelastic. This means that a change in the price of condoms would cause little change in buyer demand, and, furthermore, it would take a substantial rise in price to affect consumer demand. Sanitary items are also inelastic, insofar as ovulating women will always require some form of menstrual sanitation. The difference is that condoms respond to a national value on sexual health (contraception has alternatives, rendering it elastic), whereas sanitary items are not considered a total population health concern.

There are alternatives to sanitation and consequently, the price becomes elastic, a luxury, comparable to shaving cream.

“To consider something a luxury, there has to be a more basic alternative; there is none in this case, so I'm very happy to say that women's sanitary products are not a luxury items and should not have GST paid on them."

Sanitary items are essential: they are necessary to maintaining a standard of female reproductive health and hygiene. Treating sanitary items as elastic allows them to be taxable and open to fluctuations in price. This demonstrates the inconsistencies in how Australia values reproductive health and sanitation between genders. The elasticity of sanitary items presupposes there are alternatives to pads and tampons consequently rendering them luxurious. However, without a base option, they are in no way a lavish indulgence.

The tax on sanitary items is a tax on the female body. It punishes women for a normal bodily function that is essential to the reproduction of the Australian population.

To this end, taxing sanitary items under the “luxury” bracket insults the bodily integrity and value of Australian women.