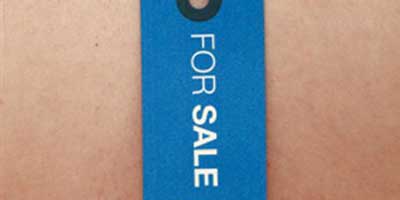 An 'enterprising' Australian producer made a reality series in which a group of virgins auctioned off their deflowering to the highest bidder | Photo: www.foxypics.net

Earlier this year, a Sydney-based escort company advertised the virginity of one of their teenage workers to potential buyers. The young woman is a Chinese born 18-year-old international student living in Melbourne.

In many cultures, virginity is a desirable trait in a woman, as it symbolises purity, youthfulness, and innocence.

Dean of Arts at Monash University, Professor Rae Frances, suggests that apart from the thrill of being the first to have intercourse with the young woman, men often find the proposal of having intercourse with a virgin attractive.

This is because she of the (erroneous) perception that a virgin is guaranteed to be free of disease.

Furthermore, in many cultures, it is believed that having intercourse with a virgin may act to protect men or cure them of certain diseases.

In the Australian context of virginity being ‘up for sale’, this is not the only case that has been documented.

Last year another Chinese-Australian teenager living in Sydney had her virginity bought for $AUD15,000. However, when considering Australian law regarding the advertisement of virgin sex workers, it is highly surprising that there have not been more cases.

Laws regarding the advertisement of sex work vary throughout the different states and territories of Australia.

It is very important to remember that this girl is from Melbourne, the state of Victoria, and yet she would be working for the escort agency in Sydney, which is in New South Wales.

The other case also took place in the state of New South Wales.

The most comprehensive law preventing advertising of virgins in the sex industry is the Tasmanian law. The law states that any advertisement that implies that the sex worker is under 18 years of age, or is a virgin, is prohibited.

Many Australian sex workers are of Asian heritage.

Most forms of Australian print media will not publish advertisements that imply virginity or the underage status of a sex worker. However, it is incredibly difficult to police the advertising of virginity for sale in cyberspace. 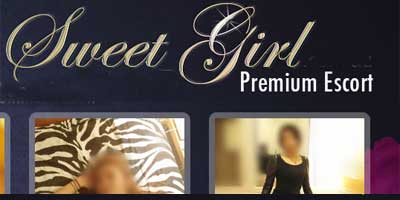 The backlash against this case in Australia has rightly been against the company. And those who would pay for this young woman’s virginity, and not the young woman herself.

The company, ‘Sweet Girls Premium Escort,’ suggests to potential workers that they can make ‘good’ money to pay for tuition or buy luxury goods. There are both English and Chinese versions of the site.

A prominent Australian advocate against the sexualisation of women, Melinda Tankard Reist, believes that the company is preying upon the desperate financial situations of young women. She questions the ethics of the escort agency, wondering whether they have put the girls best interests first. She suggests that there may be other ways for this girl to access financial help for tuition, such as through scholarships or loans.

She also questions the character of the man that was attracted to such a proposal.

Eva Cox, a leading Australian feminist, states that she is worried about the escort companies that are encouraging this trend, the focus on the financial transaction, and not the sexual act. She said that she believes sex work itself is a perfectly legitimate occupation, but does not believe that it is a ‘good way’ to start one's sex life.

More than Uniform Laws are Needed

To ensure the protection of the virginity and safety of young Australians of any cultural heritage, it will be important to work towards uniform laws regarding the advertising and regulation of the sex industry, and the place of virginity within this context.

In Victoria, the Department of Justice provides a ‘Pathways to Exit’ program for sex workers wishing to access financial and psychological support, education, and training, or wishing to reduce their hours of work.

Resourcing Health & Education (RhED) is a service for the sex industry in Victoria. The service operates from 10 Inkerman Street, St Kilda and provides site based and outreach services in collaboration with relevant programs and agencies. RhED is committed to respecting and reflecting the needs of the sex industry, and actively promoting the rights of sex workers.

As a program of ISCHS, RhED uses a social model of health, using harm minimisation; health promotion, social inclusion; and community participation approaches to promote physical, emotional and social health and wellbeing for its client groups.

How hard is it to get out of working in the sex industry? Trying to explain significant gaps in one's employment history is just one challenge, and most sex workers don't want to disclose their previous profession in job interviews for fear of being judged. But a Melbourne-based program called Pathways to Exit is Australia's first exit program for sex workers.