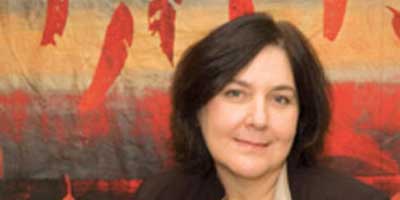 'Now I Have Freedom'

By Jennifer Burn, Director of the Anti-Slavery Project, University of Technology, Sydney

Just a few weeks ago, we were able to tell a Thai woman that she had been given a visa that entitled her to live in Australia for the rest of her life. She said, “Now I have freedom!’

Established in 2003, the Anti-Slavery Project is the only dedicated legal service for people who have experienced trafficking or slavery in Australia.

But first, to set the scene… most people in Australia don’t believe that slavery happens here but it is becoming increasingly evident that modern-day slavery exists, and often associated with that, is the trafficking of people for the purpose of exploitation and forced labour.

While most of the focus has been on women trafficked into sexual servitude it is clear that the true extent of labour trafficking is unknown. From our work we know that women are trafficked through marriage into domestic servitude, into restaurants, factories and agriculture.

Trafficking everywhere is a clandestine activity, and we do not, and cannot, know the full extent of trafficking and slavery in Australia. But the ILO says that 9.5 million people in the Asia-Pacific region experience forced labour. Most people identified as being trafficked are from Thailand, South Korea, Malaysia, China and the Philippines. The Australian Federal Police have investigated over 270 allegations of trafficking and over 131 people have received the benefit of government funded victim support services.

At the Anti-Slavery Project, we have 80 current clients, most are women.

We navigate through Australian immigration law; help women who had been enslaved be reunited with their children, make applications for refugee status, and assist our clients gain access to victims compensation. We research and we advocate for a better response for trafficked and enslaved people at both a national and international level.

The Anti-Slavery Project is a member of the Australian Government National Roundtable on People Trafficking. We work with the Australian Human Rights Commission, NGOs, government agencies, unions, media and academics.

One of our main areas of activity this year is to implement a grant received from the Australian Government to raise awareness of all forms of trafficking in Australia – we will tweet our new website!

Ethical practice is important and we work hard to make sure that we respect the confidentiality and privacy of our clients. We turn down media requests to ‘interview a sex slave’ and strongly promote the principles of informed consent.

"We are campaigning for specific offences of forced marriage, servile marriage and forced labour to be included in Australian criminal law."

Twitter has united us! Through twitter we can celebrate International Women’s Day 2010 for day after day; find out what is happening all around the world, talk about the kinds of human rights abuses that all of us confront, and we can celebrate in solidarity.

One of the wonderful engagements through twitter is finding global friends working on the same issues. Congratulations to Safeworld4women!