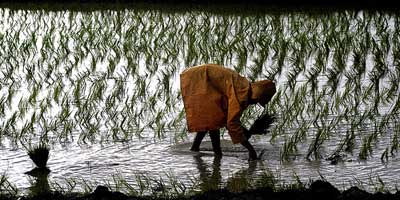 Five days before Aquino was scheduled to deliver his second State of the Nation Address (Sona), women trooped to Mendiola near Malacañang Palace to declare the true “state of women and the people.” 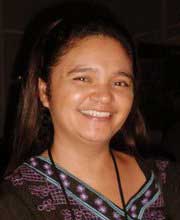 Lana Linaban“Aquino promised change, but the conditions of women and our families have worsened. Just a little over a year into his presidency, Aquino’s ‘daang matuwid’ (straight path) has proven to be a ‘killer highway’ for many Filipinos,” Gabriela secretary-general Lana Linaban said.

Linaban said in the eyes of women, the Aquino government has completely failed to bring down rising prices of food and other commodities.

Aquino, she said, also failed to provide the poor with greater access to basic social services such as housing, health and education.

“Under his term there have been ruthless demolitions of poor communities to give way to urban development projects.

Wages have remained stagnant; workers have no access to better employment; farmers remain landless; and there have been an increasing number of cases of violence against women. All these have led to a worsening state of poverty and marginalization of Filipino women,” she said.

In an interview with radio program Sali na Bayan!, Jojo Guan, executive director of Center for Women’s Resources said that because of increasing prices of basic commodities, mothers and their families end up eating rice with soy sauce and cooking oil as viand.

“In urban poor communities where mothers have no regular income, mothers can afford to only buy instant noodles and sardines,” Guan said during the radio interview.

She also added that many mothers also complain about the high prices of National Food Authority (NFA) rice. According to the data of Bagong Alyansang Makabayan (Bayan), the price of NFA rice has increased from P25 ($.60) to P27 ($.64) per kilo.

Guan also said that families who live in the communities of Tondo in Manila and Commonwealth in Quezon City eat pagpag or left-over food from the fast food chains and restaurants.

Guan also said that Aquino’s Public-Private Partnership program is also an added burden to mothers. She said that privatizing health services has made it more difficult for mothers to access health services.

“Many mothers cannot buy the medicines because these are not available from the health centers,” she said, adding that these services should be provided by the government.

Gabriela’s Linaban said poverty has risen because the Aquino administration has failed to address the roots of poverty in the country. She also said rather than promoting a policy model that ensures national industrialization and genuine land reform to strengthen the economy, Aquino has firmly adhered to neoliberal economic policies which translate to the promotion of the interests of big business and the landed elite. All this, she said, at the expense of the interests of majority of the Filipino people.

“They can pin no hope on a regime that burdens the people,” Linaban said.

Guan in the meantime said what Filipino women need are long-term solutions to the problem and not dole-out solutions like Conditional Cash Transfer program. They conducted a survey among women who have been included in the CCT program and 77 percent said that the CCT could be more beneficial to them if it offers long term benefits like scholarships for their children, or regular employment,” she said.

“Aquino should set his priorities right ”

Gabriela Women’s Party Representative Luz Ilagan said President Aquino’s Sona should include the passage of legislation that will genuinely benefit and give relief to the Filipino people.

“Aquino’s SONA should include measures that will directly benefit the Filipino people. He should support the passage of the P125 across the board daily wage hike; measures calling for the the exemption of petroleum products from value-added tax; and the passage of a genuinely pro-poor pro-women Reproductive Health bill. These are economic measures that will surely give immediate relief for the poorest women and their families,” she said.

Ilagan said they hope that Aquino will see the urgency of these three measures and consider the difficulties that the majority of Filipino women and their families are facing.

Finally, Linaban said they have had enough and are now fighting back.

“Women and our families have long been burdened by the crisis of poverty. On July 25, when Aquino delivers his Sona, thousands of women will be in the streets marching with the rest of the people. There’s no more hope for a president that has sinned against the people. We hold Aquino accountable for our people’s worsened poverty and for abandoning the interest of the people.”