Pakistan: Why are female MPs against women’s rights? 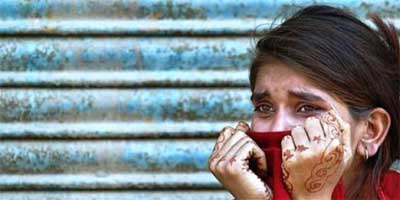 On average 100 women are raped every 24 hours in Karachi city alone. Photo: REUTERS

Pakistan: Why are our female MPs against women’s rights?

A couple of days ago, Kashmala Tariq shut down the reproductive bill, on the basis of religion, stating that it was an issue of ‘sensitive’ nature.

Now, either our MPs don’t know what reproductive rights include or they don’t care to develop enough grey matter to analyse and have proper debates.

Not to worry; here is reproductive justice 101 just for you.

Not to worry; here is reproductive justice 101 just for you. 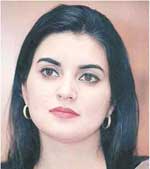 MP Kashmala TariqReproductive justice recognises that women’s reproductive health is shaped by the socio-economic conditions of their lives. This includes conditions like human rights violation, race, sexuality, and status that they have in the country they reside in. It teaches that unless we solve all these issues, women cannot have control over their reproductive health.

Aside from reproductive justice, we have the topic of reproductive rights. This includes access to sex education, access to information and treatment of sex-related disease, the right to choose what is right for them, and last but not least; the right to have an abortion.

In Pakistan, sex-related diseases are on the rise as is sexual violence. According to UNAIDS, HIV prevalence in Pakistan nearly doubled from 2005 to 2008. In addition to this, Pakistan has seen a rise in cases of rape with 220 FIRs being filed in 43 districts in March 2012 compared to 147 registered in 33 districts in the preceding month.

Moreover, Dr Zulfiqar Siyal revealed that on average 100 women are raped every 24 hours in Karachi city alone. Statistics have been produced which suggest that every three hours a woman is raped in Pakistan which doesn’t include the rape cases which are not reported due to social stigma and marital rape cases are not even taken into account.

I, thus, ask you what reproductive justice are we offering to the women of Pakistan?

Our women deserve the bill on reproductive health; it is their right, Miss Kashmala.

You had stated that the topic of abortion and religion is controversial; well did you know that in 2010, Pakistan Today did an interview with religious edicts on the issue of abortion. In their interview, they found them to be fairly open on the issue?

A mufti (Islamic scholar who issues fatwas) said that while scholars from all schools of thought in Islam agree that abortion is forbidden after the first four months of pregnancy, Hanafi scholars permit abortion until the end of four months, likening the act to ‘moral transgression’ rather than to ‘crime’.

In his view, one would use the principle of ‘al-aham wal-muhim’ (more important vs less important) in deciding the case, allowing scholars to permit abortions up to day 40, and in some schools of thought, even up to day 120 of gestation. He added that within moral and religious bounds, a physical or mental health provider must always be considered a better authority than a religious scholar when dealing with individual cases.

This brings me to my next question; Miss Kashmala Tariq, if Islamic scholars are of this opinion, why can you not do some research for yourself before making decisions that could potentially ruin the lives of many many women?

We, Pakistanis, fail to explain to our children the intricacies of sexuality, but we expect them to behave in a responsible manner out of nowhere. We don’t teach them about the dangers of STDs or the necessity of safe sex practices. Instead, we demonise something which is a natural part of human life. We just fail to provide them with the education they deserve. How can we expect them to learn if they are never taught?

In 2010, Dr Sorush and his team conducted a study to monitor Millenium Development Goal (MDG) 5 themes in Pakistan.

“Our research showed that even doctors frequently turn away women seeking abortions, because they see these procedures as sinful”, Sorush says. “But it is not a question of morality. It is a question of health – and everyone has a right to health.”

Guttmacher Institute research shows, 890,000 women have unsafe abortions annually in Pakistan. 800 of these women will die and further 197,000 will be hospitalised due to complications.

“The problem is that there is no legal cover for these procedures,” Head of Advocacy at the Shirkat Gah women’s resource centre, condemns the current legal situation. “Women are told upfront: this is your risk, so if you don’t make it, that’s your problem.”

Women may take on this risk alone, but the physical price they pay has significant consequences for developing countries as a whole – where the majority of unsafe abortions are carried out.

In this whole debate, all the religious high-and-mighty people forget that they are ignoring the person who is living, breathing and existing in this world.

Pakistani men shouldn’t be propagating abortion only when they want to hide their sin or when they too cowardly to take responsibility for their actions i.e. premarital sex. It is not just a woman’s responsibility to take care of her sexual health, but her partner’s as well.

Special Rapporteur to UN, Anand Grover, released a statement in 2011 calling for the worldwide legalisation of abortion. He argued that the continued criminalisation of this medical practice has led to a systematic abuse of women’s human rights – including the rights to life, health and equality.

Yes, it’s a right that women should have!

I demand from the MPs of Pakistan to get off their religious high horses and face the realities.

I want a woman MP who understands my multiple marginalisations as a woman in the Pakistani society. I want someone who does not throw away my concerns because they don’t align with her personal agenda. I want an MP who will listen to my demands and my concerns, and not just dismiss them by categorising them to be a foreign agenda of NGOs.

It was 50% of women of Pakistan who gave you that vote, not your conservative men. I am a woman of Pakistan; represent me.

I want my reproductive rights!