Each year thousands of young girls are recruited from rural Burmese villages to work in the sex industry in neighboring Thailand.

Held for years in debt bondage in illegal Thai brothels, they suffer extreme abuse by pimps, clients, and the police.

The trafficking of Burmese girls has soared in recent years as a direct result of political repression in Burma. Human rights abuses, war and ethnic discrimination has displaced hundreds of thousands of families, leaving families with no means of livelihood. An offer of employment in Thailand is a rare chance for many families to escape extreme poverty.

Ellen Bruno, a filmmaker and international relief worker who has spent much of the last 20 years in southeast Asia, recently released her latest film SACRIFICE -The Story of Child Prostitutes in Burma, about the lives of these girls.

In the film she examines the social, cultural, and economic forces at work in the trafficking of Burmese girls into prostitution in Thailand. It is the story of the valuation and sale of human beings, and the efforts of teenage girls to survive a personal crisis born of economic and political repression.

Mel James talks to Ellen about her work.. 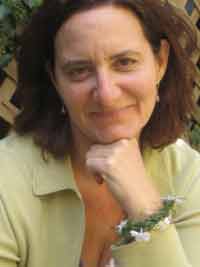 Ellen, when you started out your career, you worked as an international relief worker. How did the transition into films happen?

I spent 25 years working as a relief worker in Thailand.

I wanted to raise awareness and capture the stories of people, from mothers to other mothers…for people to see the real stories and learn how they can make a difference; the steps they can take.

I spent 8 or 9 years in Cambodia, and during that time I visited a friend in the camps in Burma.

Whilst there, I saw human trafficking first-hand, and realized that the young girls had so little awareness of what was to happen to them. I wanted to raise awareness and show people the steps they could take to affect change.

So much of the world seemed not to recognize or be aware of the widespread human rights violations across Burma, from the numbers exiled to political unrest.

The world watches popular news reports and forgets about the violations that are still taking place. They see political prisoners being released and do not think of the possibility of being manipulated to view things as being more positive than they are. It’s such a small token.

When you decided to cover human trafficking in Burma, how did you meet the girls featured in your films?

Some nights we just walked the streets.

I played the dumb tourist entering brothels with massage signs outside.

I would ask for a normal massage and when these girls attempted to give a massage I asked them about their situation.

We started to make connections with the girls. Many opened up, and we them met with us outside of the brothels when they had an hour free, to share their story.

"I played the dumb tourist entering brothels with massage signs outside"

I learned from them and by visiting the Burmese's villages. Many of the girls would be from large farming families in extreme poverty, and when strangers offer to take your oldest – maybe your 10 year old daughter, to work in a noodle shop, if you’re that father, you want to believe that they will work in a noodle shop.

Did the girls have any knowledge of how to get out of their situation or to keep themselves safe?

They were so innocent

The rates of HIV are high. The Burmese girls know little about their own sexual health. They have little awareness of how to be safe. They are told by their “owners” not to say anything to clients. They are scared of their owners’ reactions if they do.

Some of the girls try to buy their way out but this is not easy or often successful.

What did you learn about the attitudes towards these girls?

There is no protection for these girls.

So many people said, “Why do you care about Burma? The girls just aren’t important.”

No one cares about the girls from Burma. The girls are seen of no value.

What do you hope your documentaries will achieve?

I hope it changes people’s attitudes

I hope it changes people’s attitudes and raises awareness through making connections. Making connections through real stories. To make people aware and take simple steps in the right direction. To strengthen resolve and make accumulative energy.

Where do you see your work heading in the future?

If people can understand, they can make changes.

I never wanted to make films but I keep coming back to Burma, like I’m meant to do this work right now, and without getting into the politics.

That gets missed sometimes. I try to show life not politics. If people can understand, they can make changes.

I keep my mother in mind (when I make films) who’s a small town lady.

I try to make it so people can understand the stories, talk from one mother to another.

I really hope my web site and films link to resources that help people take simple steps for change, whether it’s thinking “I can write a letter” or “I can donate $25 to that charity”.

WHAT PEOPLE ARE SAYING ABOUT 'SACRIFICE'

"Sacrifice counterpoints forthright tales of four young prostitutes with mesmerizing images: a woman standing in a door frame awaiting her fate juxtaposed with farmers cultivating the fields. The images make a poignant plea for survival, both of the exiled women and the tormented land." — Andrea Alsberg, Sundance Film Festival

"Sacrifice offers a view of the terrible odds faced by women born into poverty where the only commodity for sale are their bodies. These are complicated stories that get beneath tabloid headlines to capture, with great visual invention, the dignity and damaged nobility of young Burmese victims. The lives of these women are revealed to be the stuff of fairy tale… the magic goes bad and the witch, the ogre, and the monster win the day in this chilling view of sexual exploitation…one we have never seen before." — B. Ruby Rich, San Francisco Bay Guardian

"Compelling interviews and beautiful photography create a complex portrait of economic conditions in Burma, and the impact this has on families, rural villages and the young women themselves." — San Francisco International Film Festival

" Unflinching in its account of abuse and corruption, SACRIFICE derives much of its power from the testimonies of four girls, who speak directly to viewers with a painful directness beyond their young years. Bruno demonstrates an exceptional knack for conveying the complex facts and emotional upheaval of globally relevant true stories. In the sobering yet poetic Sacrifice, Bruno presents the terribly moving first-person accounts of four young girls from Burma who were virtually kidnapped from their homes and forced into a life of prostitution in Thailand. As with all her films. Bruno approaches difficult issues with the intent of uncovering hard truths and giving voice to people who are too often marginalized or misrepresented by mainstream media." — Steven Jenkins, FILM/TAPE WORLD

"Sacrifice illuminates a difficult subject of major social consequence with integrity and objective attachment. Told with delicate simplicity, Sacrifice paints a picture of an unfamiliar reality that is, by turns, unbelievably ugly and startlingly beautiful. The heartbreakingly eloquent words of the girls leads viewer into a society whose more are almost completely alien to our own." — Laurence Vittes, The Hollywood Reporter

The Shame of Burma