We still need to fight for human rights in Burma, says activist 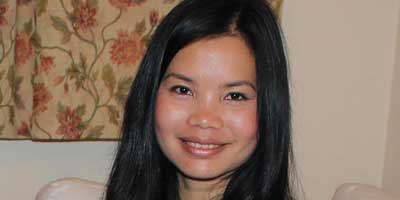 We still need to fight for human rights in Burma, says activist

When I was just 14 years old, the Burmese Army attacked my village with mortar bombs and air strikes. There was no warning. We fled for our lives.

My family ran, carrying what we could on our backs, leaving our home and everything behind. As we hid in the jungle, homeless and afraid, a British trade delegation dined in Rangoon, making business deals with the regime that had just slaughtered my people.

We escaped to Thailand, and I had my first experience of living in a refugee camp. But even the camps weren’t safe. The Burmese Army crossed into Thailand and attacked the camp. My family snuck back into Burma, and moved to a village in the mountains, where we hoped we would be safe.

Again, when I was 16 years old the Burmese Army attacked us without warning. One minute I was sitting at home doing my homework, the next minute mortar bombs were exploding around me. The air was thick with dust from people running in panic. Everyone was screaming, children and babies crying. The explosions were so powerful that they threw me off my feet as I ran for my life. I was scared of being killed and I was scared of what would happen if I was caught. Everyone knew Burmese Army soldiers raped women they caught. After fleeing through the jungle all night long, I ended up in a refugee camp in Thailand again.

If the Burmese Army had been mortar bombing an area of Rangoon, it would have made international headlines. But I lived in Karen State, eastern Burma. Our village was attacked because we were from the Karen ethnic group. The international community pays little attention to attacks against Burma’s many ethnic groups.

When I lived in Burma I didn’t know who Aung San Suu Kyi was. When I left Burma, I found everyone seemed to know who she was, but no-one seemed to know about what was happening to the Karen or other ethnic people. I wrote my autobiography, Little Daughter to try to draw more attention to what was and is still going on in Burma.

For decades the Burmese Army has been carrying out attacks where they deliberately target civilians. Thousands of villages were burned, hundreds of thousands were used as slave labour, and even human mine-sweepers. So many women have been raped and gang-raped, many mutilated or killed afterwards, farmers were shot in their fields, babies thrown into burning homes. Yet the international community took no action to stop these attacks.

I was lucky that I managed to come to the UK to study. I started working with the human rights group Burma Campaign UK, raising awareness of the war crimes and crimes against humanity being committed by the Burmese Army. In early 2011 we seemed finally to be making real progress, with 16 governments, including the UK, supporting a UN Commission of Inquiry into war crimes and crimes against humanity in Burma. Then came the reforms introduced by Burma’s new President, Thein Sein, and suddenly the international community lost interest.

Many people now tell me how happy I must be about the changes in my country. ‘What will you do now,’ they ask?  The sad truth is, I am doing exactly the same as I did before.

Yes, there have been some welcome reforms in Burma, but not one democratic reform which genuinely gives more rights to the people. There are more civil liberties in the cities, but this isn’t happening in ethnic areas of Burma. There is one truth about Burma that no world leader who has praised Thein Sein has been prepared to say; since Thein Sein became President, human rights abuses in Burma have increased.

While in Karen State there is now a temporary ceasefire and fewer human rights abuses, further north in Kachin State the government broke a ceasefire, and the full horror of the Burmese Army has been unleashed against the people. Hundreds of thousands have been forced to flee attacks, villages destroyed, women gang-raped and killed, farmers tortured and shot, and aid is blocked. It’s a repeat of what happened to me as a child.

And history repeats itself in other ways, with the international community not only ignoring what is going on, but even dropping sanctions as Burmese Army soldiers rape and kill Kachin women. The UK re-opened its trade office on the day President Thein Sein proposed what amounts to ethnic cleansing of another ethnic group, the Rohingya, asking for international help in deporting all 800,000 of them.

Zoya Phan is the Campaigns Manager at Burma Campaign UK.